Hi guys, new to the forum so i’m sorry if this is in the wrong place.

I’ve been modelling little bits here and there just to get into it as a bit of a hobby.
Got a rough woman mesh in the works but I’ve gone and messed it up on the breasts.

I think I didn’t remove clipping in the modifier like for the legs to separate them at the time.
Is there any way to fix this that you guys know of? 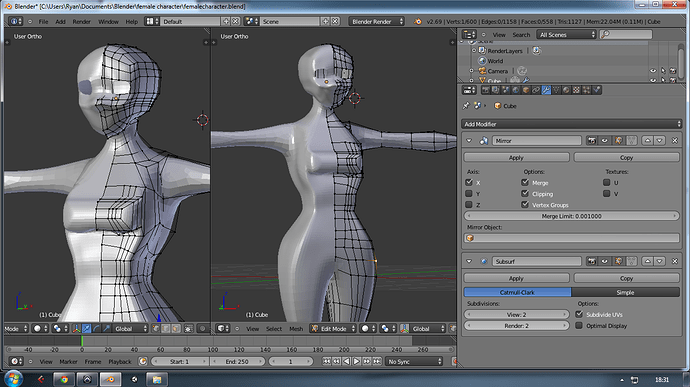 Thanks for any help,

I don’t use the mirror modifier much, but I thought I would address the ‘boxiness’ of your mesh. when subsurface modelling, it is important to keep your edges at nice even distance from each other to get a nice curvature. The polys on the model on the left are well spaced, and the appearance is curvy, but to the one on the right, I added a couple of loop cuts close to already existing edges, and, as you can see, he becomes quite squarish, when I do so. Keep it simple, at fist, then apply the subsurface modifier, at level 1, and procede with the next level of detail. 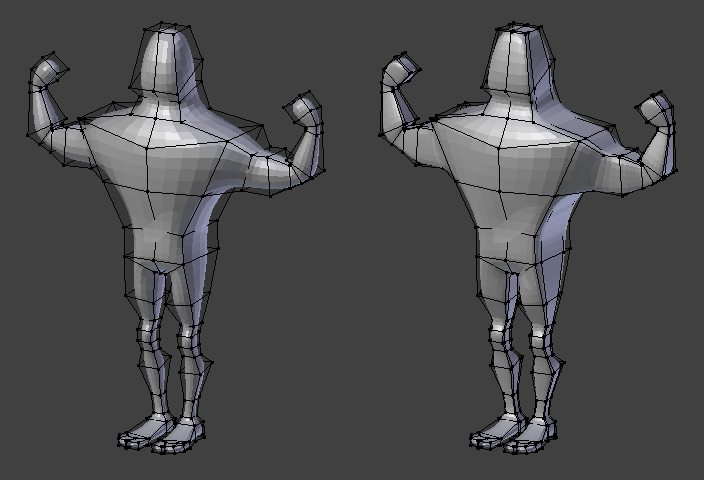 Thanks for the reply and putting the example together

It’s a good tip to space them thank you. I might go through the model and remove some unnecessary faces and edges etc and re work it with less polys. Think I lost it a bit around the torso especially with how many cuts I was making.

yeah, don’t use n-gons in conjunction with subsurf

but here is one example of breasts topology, should you need it. 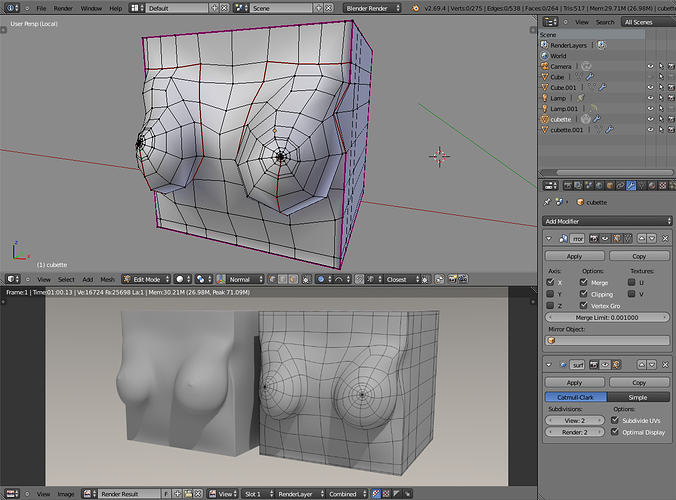 Small Troll - thanks for the reply, i’ll give that a go now! Although, sorry for another amateur question, but what is an Ngon? I haven’t intentionally tried to use one so i’m not too sure what you mean.

JA12 - Thank you, and nice one for the reference image. I’ll try and follow how you did that next time. And no haha, not a clothed ninja or a nude. I’m just working my way up in modelling, head > full body > clothes etc…

what is an Ngon?

An n-gon is a face/polygon with more than 4 vertices/edges/sides. The reason n-gons are not recommended in the final result with subdivision surface is because unpredictable subdivisions. It introduces poles (vertices with 3, 5, or more than 5 edges connected to it) that cause deformation issues, if they are on wrong places.
That is the case with triangles too. They’re not as bad but still bad. There is an exception: those don’t cause deformation issues when they are left on a flat surface, surrounded by quad face loops. 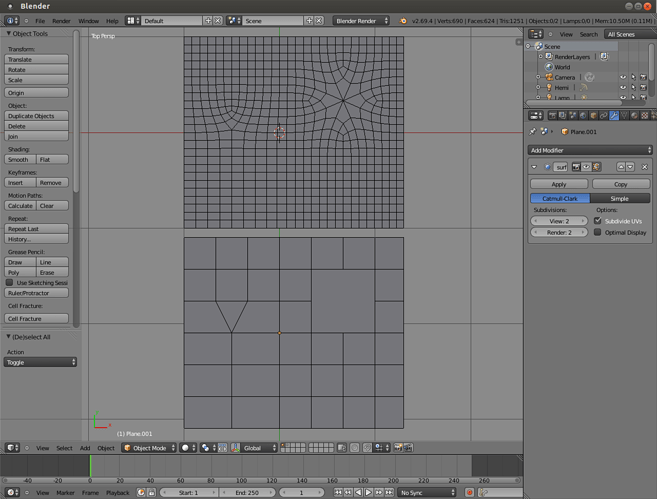 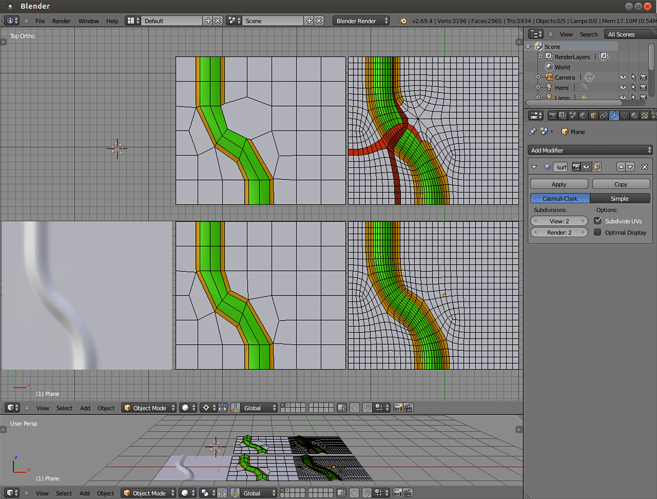 Let’s say the goal would be to model in that shape on the bottom left. With quads you would do something like in the bottom center, where face loops form the shape (green), and it has supporting loops (orange) to keep poles away from distorting the shape. Subdivision result on the right.

If you have an n-gon there (top center), it gets subdivided and introduces poles, which in turn direct the face flow where you don’t want it. On the top right I’ve marked couple of face loops with red color, there are more loops going across there but the main point is that they destroy the shape you were trying to achieve.

Thank you for your detailed reply, and also to everyone else for theirs