So this is my third model ever. First one was the light sabre tutorial, second one a quick and dirty mech and then I wanted to do something from real life. I picked up a nerf gun I had nearby (I had used it in a short film) and started to model. Had I known that softsurface modeling hard surface objects is really, really hard I donï¿½t think I would have done it. But ignorance is bliss and I instead had to learn a lot about subsurf modifier, why ngons are bad, about edgeflow… I had to redo a lot of stuff, just because I had no idea what I was doing at the time. Even though starting over had been a lot easier I considered this a learning experience from start so every problem I had to solve was something to learn from. Spending hour after hour trying to fix triangles and ngons is something thatï¿½s just a great learning experience.

Anyway, enough talk about background. Here is the model. Itï¿½s not done, there is still some pinching left to solve and some places havenï¿½t seen that much love and attention. My big focus here is not about detail but on making the over all shape. I would love to add some screws and some things thatï¿½ll make it look like a real scifi-gun. But I’ll think I will leave it for now and focus on shading and texturing. Also keep in mind that the shading is just a standard diffuse/glossy mix. I just put something on for the render. It would be nice to return to this model and finish it, but my skills have to improve before that.

Comments and critique are appreciated. Thank you for looking. 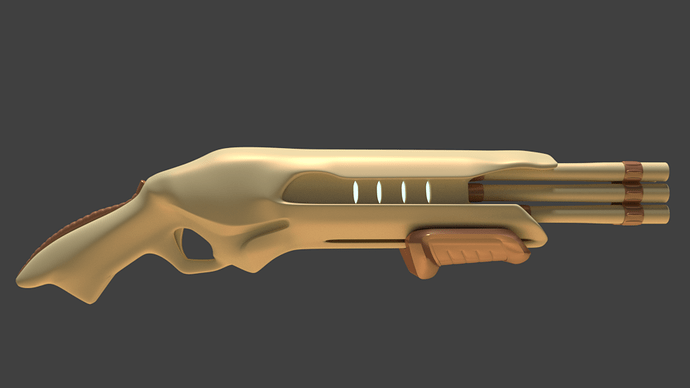 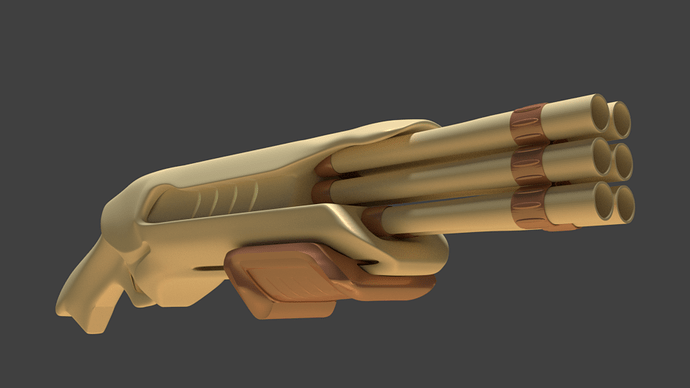