after appending objects to 2.62 from 2.49 with modifiers
got a problem with last modifier = curve

which is very strange ?

looks like a compatibility problem for the curve modifier

how can i correct this second object with a curve modifier in 2.62 ?

thanks fro any help

when you add an array modifier plus a curve modifier in 2.49

if you move the object it will rotate around the curve

how can you get the same behavior ?

any one can help with this problem? 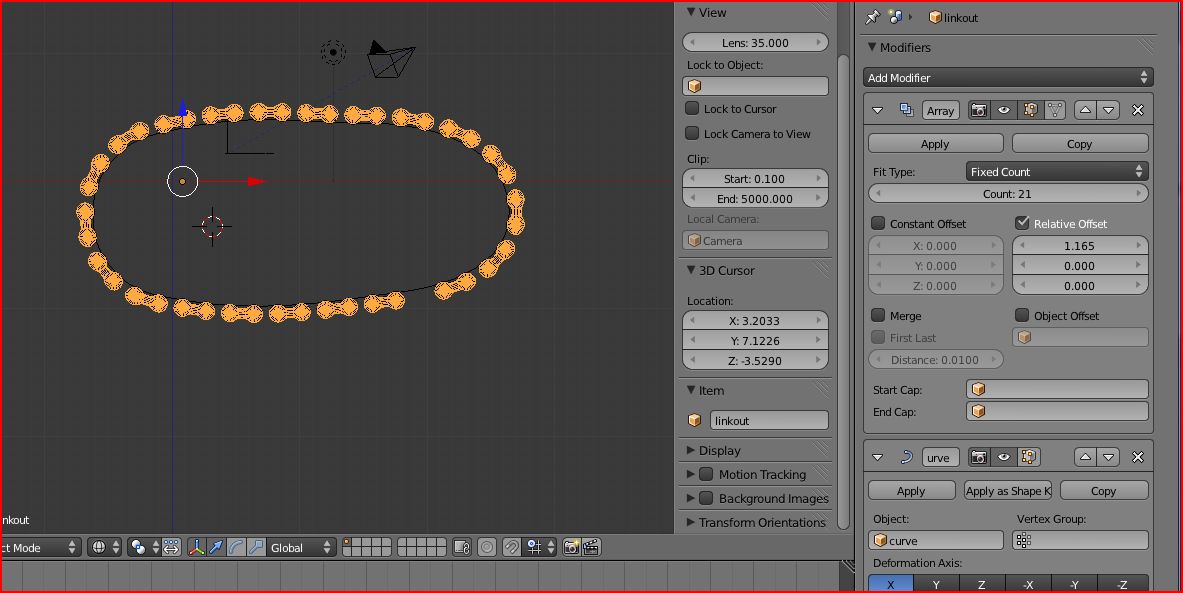 the two objects are above each other in 2.62

when you say above each other what exactly do you mean?

Very strange.
If in 2.62 for the object in pink , if i increase in the array modifier the count to 43 , i obtain visually what looks the same as in 2.49b
Why is this happening, i have no idea ? is this a bug or just the array+curve code that is completely different in 2.62 , i can’t say.

ok i’ll report this as a bug and see what i get as an asnwer !

Oops, no, if i increase to 43 it’s not the same exactly to 2.49b, it overall look what seems to be the same, but looking closer the pink objects that were on top of the yellow ones are always present on top of them.
While in 2.49b they’re not.

looks to me like a bug of imcompatibility of some sort

Sender: Campbell Barton
In the curve settings disable “Bounds Clamp”. this setting used to be default but has been made optional since 2.49

When looking into this report I noticed this setting is in path panel and greyed out (even though its used for the curve modifier).