Hi Blender Artists, first post on this forum but have been browsing for a while.

I would say that i’m still pretty new at 3D modeling, this would be my 3rd model or so, so if it’s of poor quality i’d like to think that it’s because of my inexperience rather my artistic skills.

Anyway, im attempting to model the “Monkey King” from the chinese tale “A journey to the west”. Obviously it’s no way near complete. I have to do some additional work on the materials and lightning ,aswell as the eyes but i’m pretty happy with the current result. 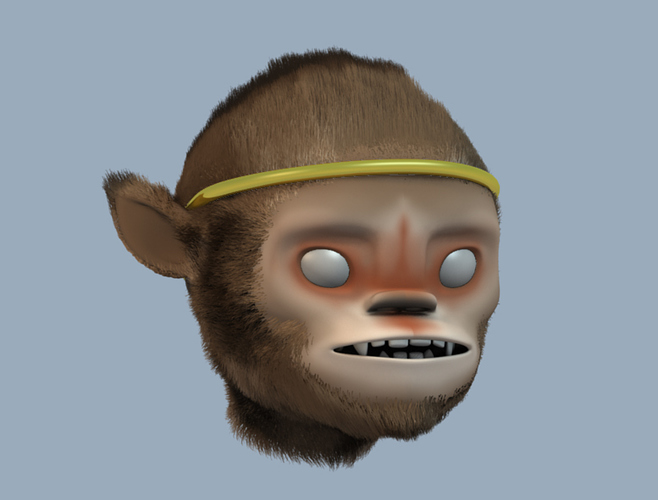 Sure. Probably not the best topology. He kind of looks like gollum with out his fur on.

It kind of reminds me of Stitch for some reason.

haha, he does kinda look like Gollum, and Stitch at the same time

Thanks and +1 for recognizing where i got the inspiration/reference from. 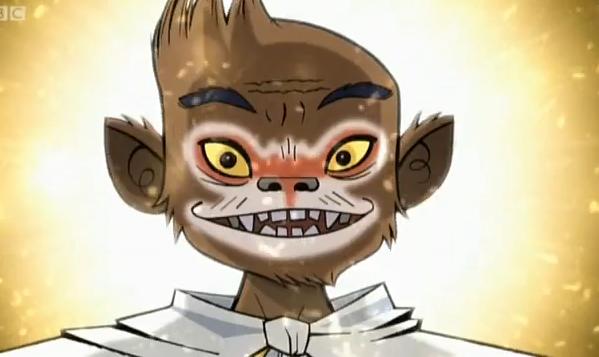 Yes, i’ve been thinking about this. However, i’ve allready applied the mirror and subsurf modifiers which makes it a real pain to modify the mesh

A tip for making symmetrical edits to a mesh after the mirror modifier is applied:

Switch over to sculpt mode and enable x symmetry on your sculpting tools. Use the grab or draw brush to “push” vertices around.

@timothyjritter - I think the applied Subsurf would still get in the way though. depending on the Level it was applied with, there might be an awful lot of vertices.

I’d suggest using Proportional Editing (“O”) instead of Sculpting - it might move a few vertices imperfectly depending on the fall-off options you choose, but it’ll be much easier to modify than with Sculpting

(you can actually see what you’re doing with Proportional Editing, considering it’s in Edit Mode instead of Sculpt)

using a new Mirror Modifier would probably be a good idea though, at least until you adjust the mouth the way you want

Thanks for the tips guys, but i’m afraid it’s too late for proper editing since the subsurf was level 2.

Here is an update, i’ve added texture to the eyes, a tongue, fixed some UV problems and added curls to the “headband” (gloria?)
Not too happy about the eyes but they’ll do for now. 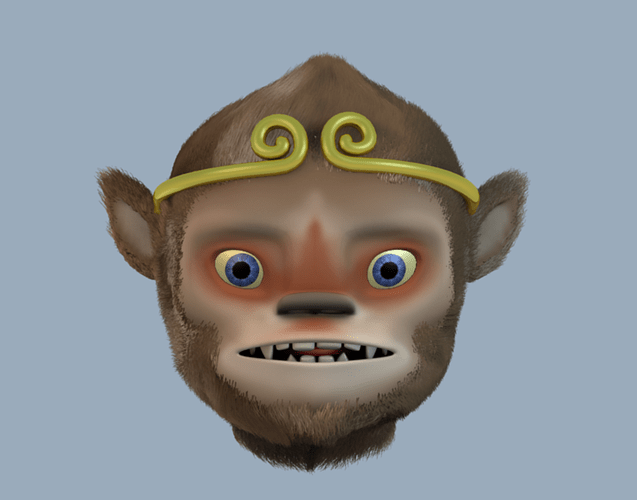 Ok, so here’s the latest version. Tweaked the lights, added a background and tweaked some materials. Tried using nodes for the first time but it affected the background image, no idea how to work with nodes. I have to use render layers i guess?

I would also love to make him smile but i can’t figure out how with the subsurf modifier applied. 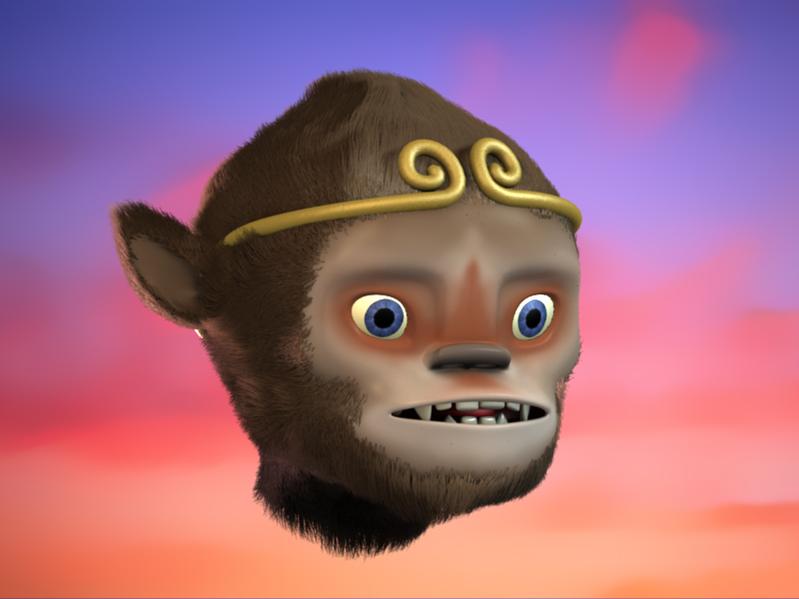 I wouldn’t do that. I would just restart or look at an older blend file. You had posted your wires here, so you have a good place to start. I used to be really picky about topology and there are definitely areas where you can improve (have another loop around the mouth, make another loop besides that one run into the nose, change some topo/loops in/around the jaw and have that flow into the neck so you have less points in the neck to worry about. Change the flow of the “jawloop” to go around or past the ear, instead of having it go in the ear, and you might want to make those a bit simpler so the ears are not basically extruded blocks of polies, you can also improve the brows by having more loops flow around the eyes that follow the silhouette) but basically, if it looks good and it works, it works.
And it looks fairly good and it works… But with level 2 subsurf applied I would just start over instead of continuing this one. It’s faster, and easier to improve on it that way.
And work with a mirror modifier for as long as you can.