This is going to be a short WIP. I have aprox. a 2 hour window to do some blendering. I fancy doing something new so im going to attempt to go from concept to final piece in this time. All i know at this point is that it will involve this character from my Mill project.

Edit: here is the finished (sort of) render. It took 3 hours in the end. 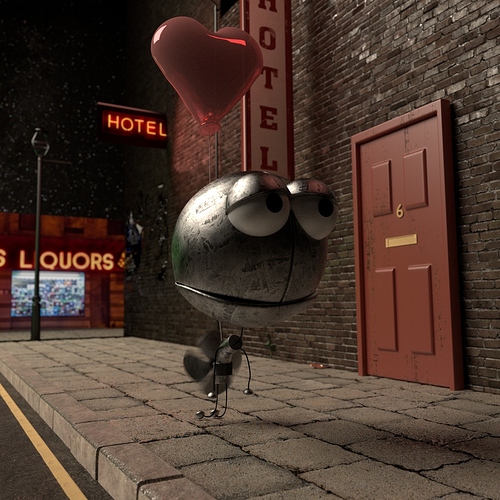 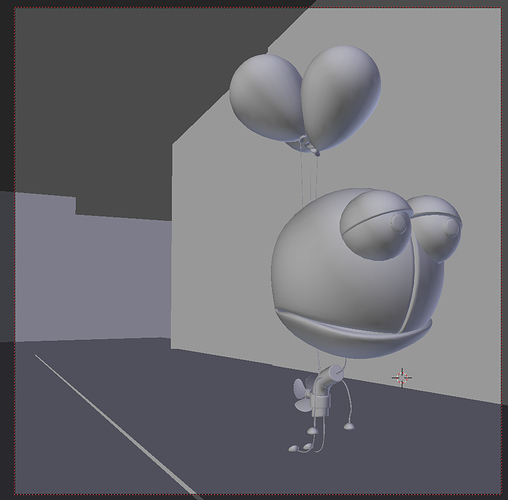 Can you tell later about camera composite, thirds, etc?

That poor guy looks tired Monk…so much so, that his left little boney right ankle has sunk right through the cement… good luck on your 2 hr. quest

Cant believe how much time has passed already.

Pavement and curbs sort of done.

Next road and brick wall. 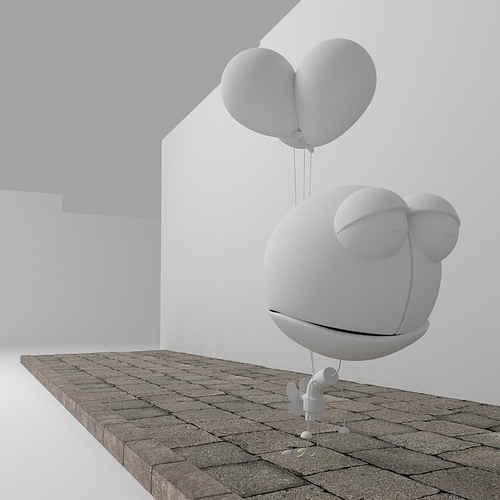 Added a bit more to the background.

DOF will sort out the bad background. (i hope) 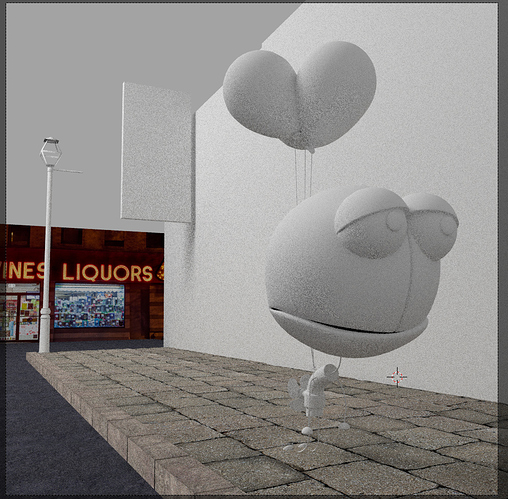 Thrilling and a fun to watch someone doing his WIP nearly realtime. I’m curious how you will texture your cute character.

Test to see if the DOF idea will work. 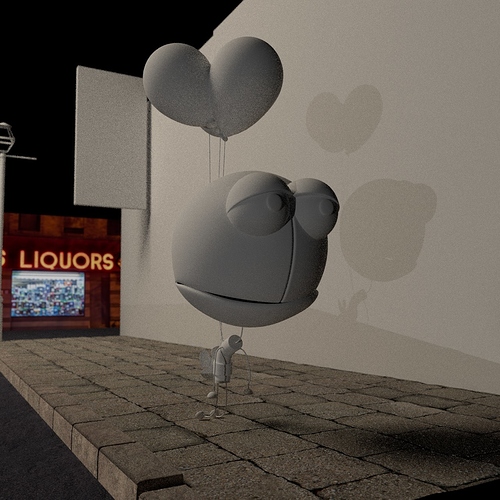 I doubt i will finish in 2 hours… 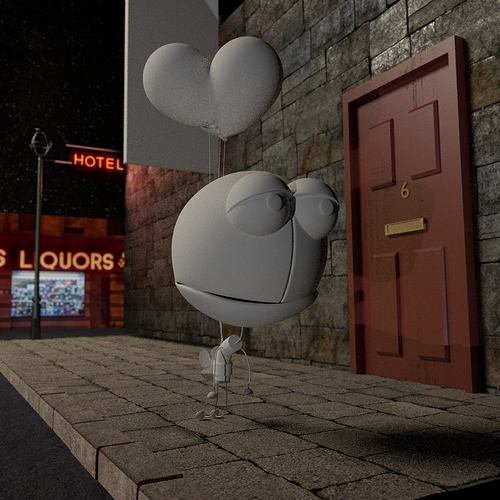 Damn it… i didn’t even get 2 hours. I’m being called away from my blender session early…

Still, i’m quite pleased for an hour and a half’s work.

I will have to complete this another day. I may give myself one more 1 and a half session.

Thanks for the support 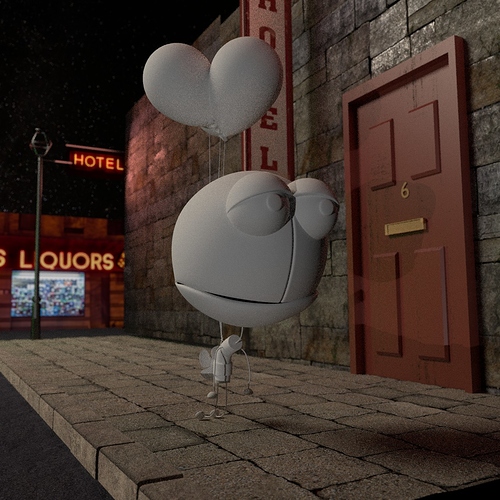 I think he needs a little countdown clock …

You did great with 1½ hour imo

Thanks for the kind words!

This was going to be a 2 hour project but i’ve decided to make it a 3 hour one instead.

Changed the bricks, tweaked the lighting. 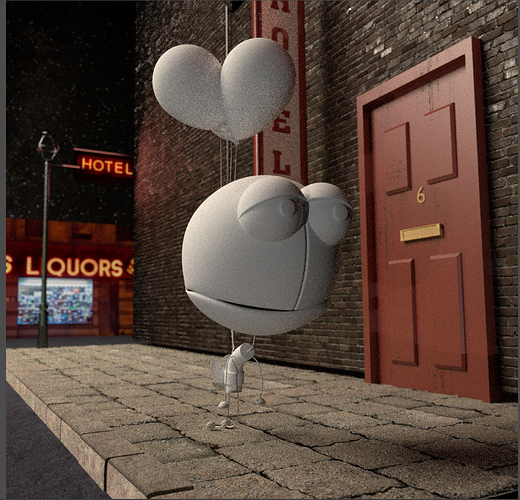 Tweaked a lot of the materials

add can and weed 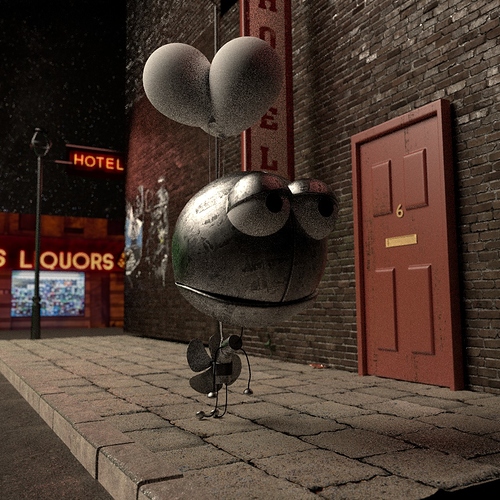 Already very nice! What’s happening with the wall on the left side above the balloons?

That is a torn poster. i need to tone it down though as it is far too bright. Cheers the reminding me.

Changed the balloons to a heart balloon. 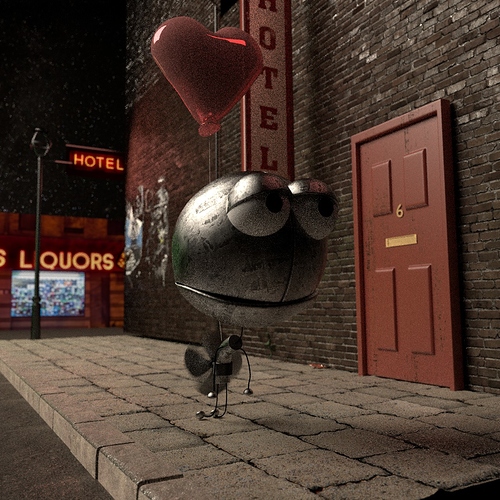 Minoribus: just re-reas your comment and realised that i got the wrong part.

I’m not sure what that is, i’m hoping it will go away as i up the samples…

But did not save the render… silly me.