Hello.
What procedural textures (as in, nodes) would you like to see in Blender? Here is some Inspiration if you need it: https://blender.community/c/rightclickselect/V8bbbc/add-more-noise-type-nodes

And also, could you please explain why you would like to have those? So, pleasd tell me why the ones you aren’t suggesting useful, how they aren’t usw etc.
Thanks

Are you asking out of curiosity or do you plan to make them?

The C4D mentioned would be great. They provide a much better starting point. Currently to get something decent you have to mix many generators, and a lot of experimenting is required. The builtin noise suffer when stretched significantly, not sure how the C4D ones hold up to that. I’m currently relying on voronoi, but that can’t be “mixed with itself in reverse via a third generator” without showing signs of the same problems (repeating density variations). Reason this is important is to be able to construct nice seamless repeats. Gabor noise could possibly be implemented?

Other useful generators (not necessarily noise) are procedural polkadots, weave patterns, random scratches, and tiling generators. What’s important is that any structure based generators can also output useful gradients, angles, random outputs (think “cell id”), and local coordinates. Some generators only makes sense in 2D (i.e. weave patterns), and should be labelled as such.

Improvements could be added to existing noise ones, such as seam repeats (afaik this should be trivial), and 4D inputs - say a 3D vector as before and a 4th float separate (i.e. time). So i.e. mapping voronoi to a cube using generated coordinates, it should appear to evolve over time instead of moving through the cube. This sort of stuff was available/possible to me in the 90s…

The existing ones in 4 dimensional variants would be the most important thing.

Thanks all for your answers! @cgslav well, I want to try adding a new node. I saw this proposal a few weeks ago, and I thought ‘why not combine the fun with the usefulness?’ But the problem is, the proposal isn’t that great for me (it doesn’t answer which ones are the most important, and why wenn need them). So I am asking because I plan to implement one.

Actually, I am a Bit surprised by the low activity, given that this proposal is REALLY high voted on rightclickselect!

@Charlie I already found them a few weeks ago, thanks. LookIng forward to play around with them.

Actually, I am a Bit surprised by the low activity, given that this proposal is REALLY high voted on rightclickselect!

Don’t worry, it’s just that we are too exited to talk

About C4D textures I don’t know which one would be better to me, I find some random scratch pattern sometime hard to make, but if I understand correctly this is something that Gabor noise can address.

I think CarlG had very good points, to elaborate a bit :

One thing that can be great to have is something similar to this : https://blender.stackexchange.com/questions/102692/randomly-populating-procedural-shape-or-image-texture-in-cycles
Ideally it should allow user to input some kind of a sprite sheet with variations 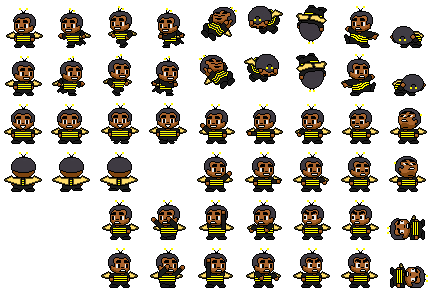 so different pattern could be spread across the material. This doesn’t have to be in the textures parameters, but should be doable .

Another good thing to have is more parameters on the brick texture, like rotating the titles , make some rounded corners ( to a point where you can output circles) . Or doing patterns like in this paper :


Also having an extra output with some UV coordinates on the bricks would be great ! One use case could be to use the brick texture to generate some hull plates, and with UV coordinate you can easily add some rivets inside.

There is the brick tricks set of nodes that extend a lot brick/titles generation, but that would be great to have more option already built in the node.

Yay, my question from BSE

please upvote answers from Omar and Rich as they did not receive enough love for it.

@soazap check my other question on BSE, about blurring squere, in one answer you have nice tiling system with rounding corners. The only thing that’s missing is ability to add random gradient/variations to each tile.

The 4th Dimension is like a Evolution value, right? What is the advantage of that? And can’t you already makellos that with the z Dimension (at least on a plane)?

Also, I am thinking of Posting my initial question on rightclickselect, but I am not sure how to do that, since I wouldn’t write a proposal people may like or not, but a question what Addition would they like most and why. Do you guys have some Tips?

The 4th Dimension is like a Evolution value, right? What is the advantage of that? And can’t you already makellos that with the z Dimension (at least on a plane)?

It will be an evolution value indeed. If this is also periodic you could do looping caustics pattern on a plane, or evolving bubbles on a sphere (that loops) without movement. Also, although less important if we get periodicity, you might use that to fake periodicity by some clever modulation. Currently, it’s either mirrored, modulating with z (can’t be 3D then), or doing it as a spiral. 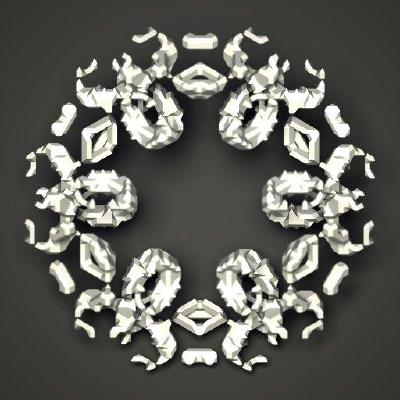 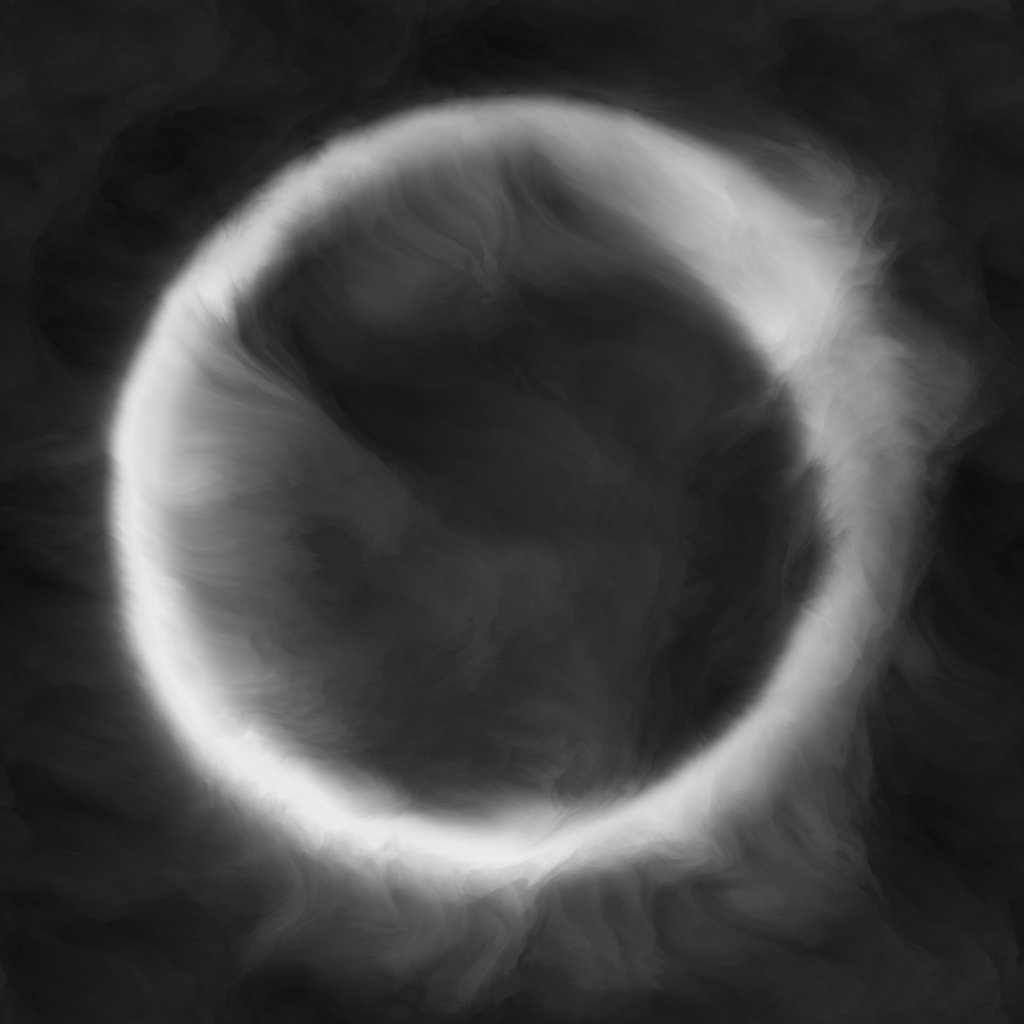 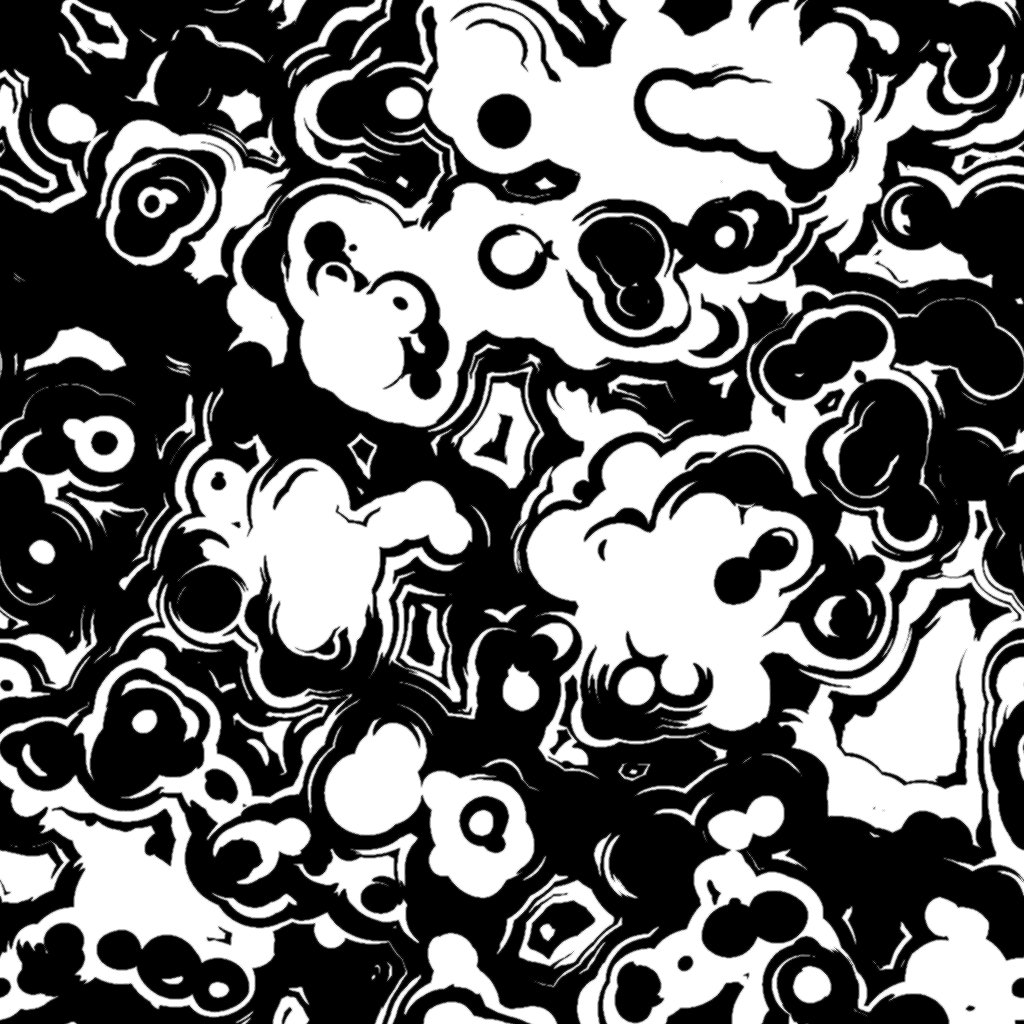 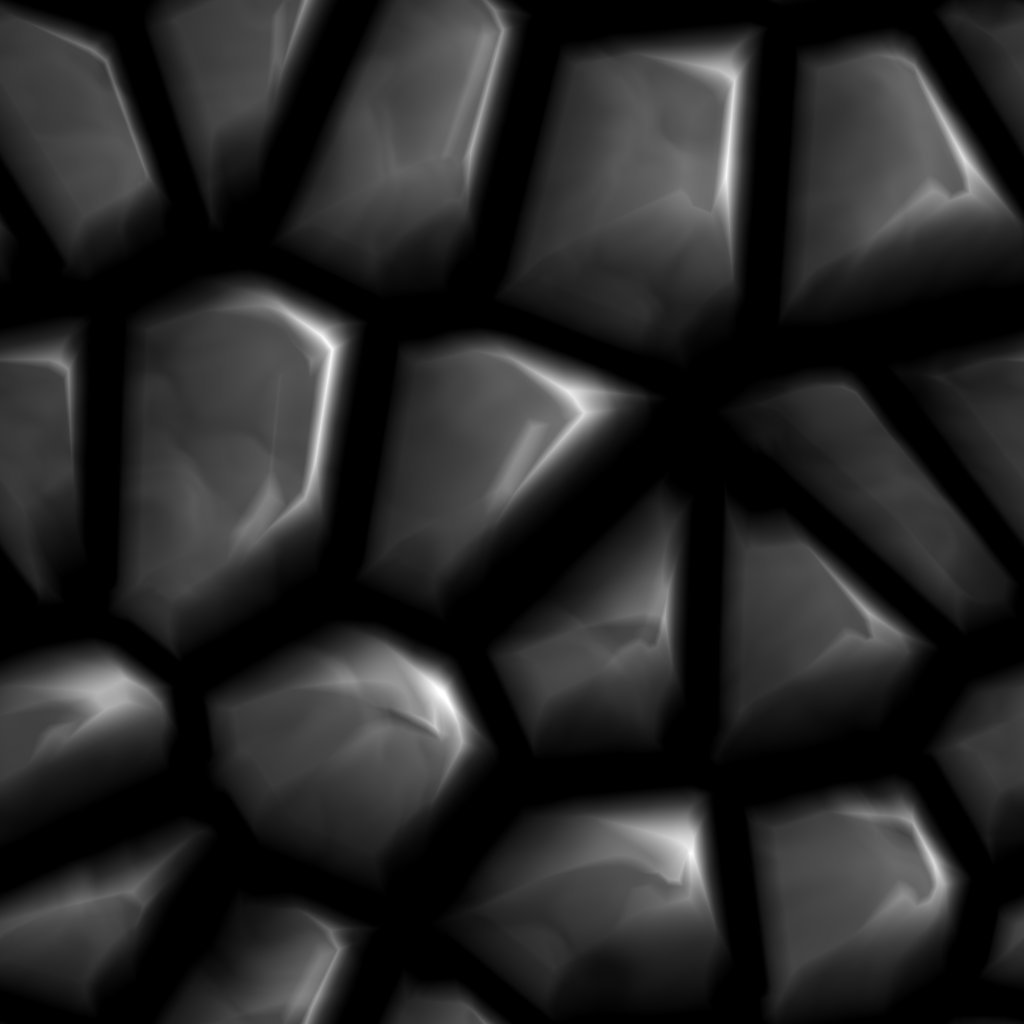 Frankly speaking i don’t get how this feature got overlooked. Time evolution is essential part in any noise based texture/function. Moving and warping space coordinates does not replace it by any means. “living” organic textures are out of the scope without it. Hate to say it, but, man… Maya had this feature in almost all noise textures 10+ years ago, literally. It’s not only in textures. Had anyone tried using turbulence field? It’s essentially not usable, has a same problem. Whatever setting you set, particles are clumping. You try to animate field position, and instead of clumps you get streaks…

This feature is absolute must. No voting needed

I’d love to see a realistic procedural scratches material, similar to the one in Keyshot.

Thanks for your input. So I conclude that one of the most inportant things is 4d noise. Also, there are things like scratch textures and proper stretch ability. Could you please name a few more texture nodes that should be added?

I could really need a patter generator based on Cymatics.

Was currently trying to reproduce wavelets on ocean surface and that’s exactly where i realize how much handy the berconmaps were! The blender noise texture is pretty limited and doesn’t have enough variations.

If i had the knowledge i would port them to blender since they are opensource.

here a few example that say a lot about the quality of these procedural maps; 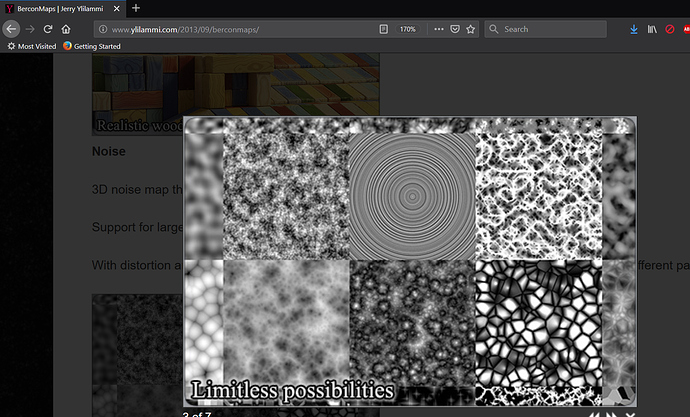 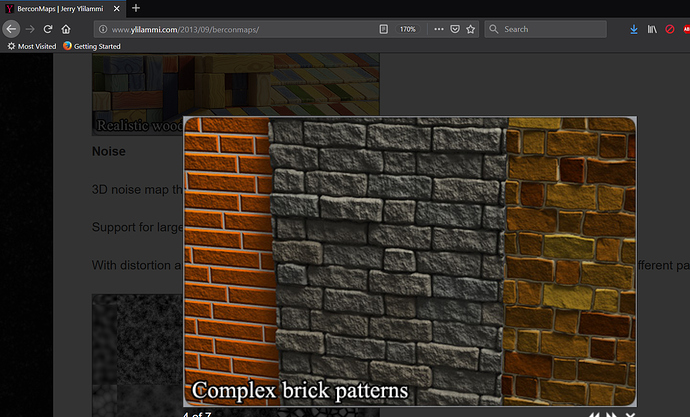 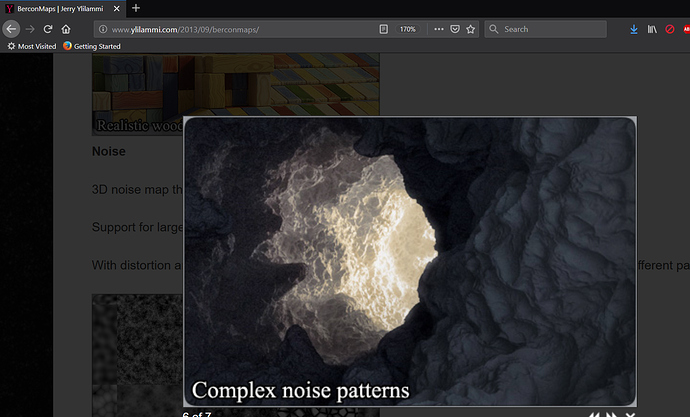