This is my first post here and my first real serious project in 3d modeling.
I recently became aware of Mouse Guard by David Petersen and I wanted to create a fan art render or use the model in a Unity game experiment.

I started with low poly modeling and I created my first try with the skin modifier. Also a bit whacky I was really proud of the outcome and couldn’t wait to continue working on it. It is also rigged and animated but I cannot upload the animated gif. This model has 2726 faces. 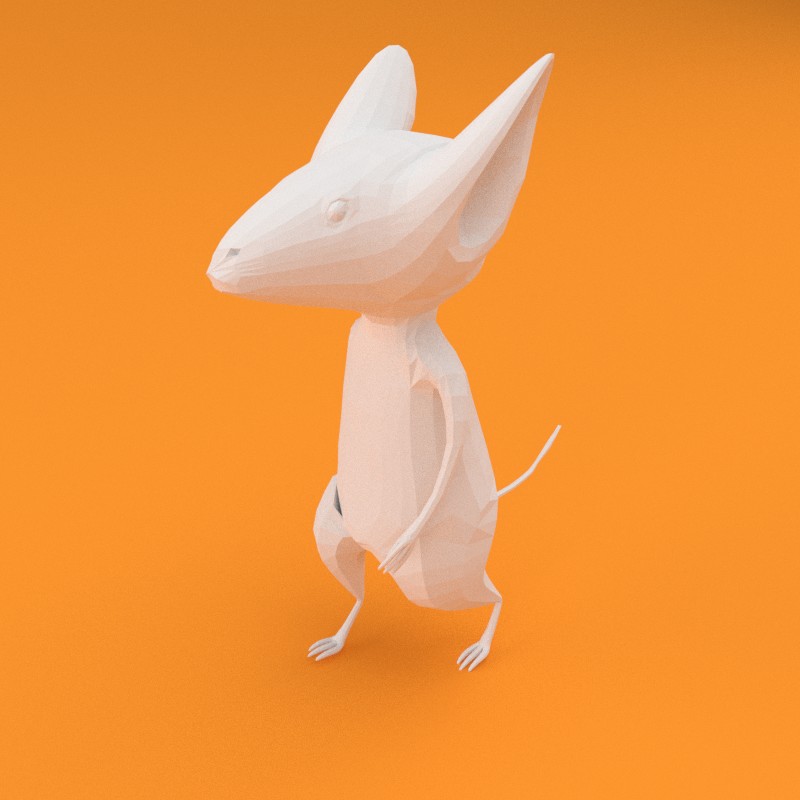 Don’t know how to embed imgur gif so here is a link:

But then I realized that I was not happy with the topology created by the skin modifier and repairing it or creating a “good” topology is beyond my abilities so I started from scratch with a subsurf modifier.
This is my second result and I am particular proud of the ears. Never thought I could get this curved characteristics. 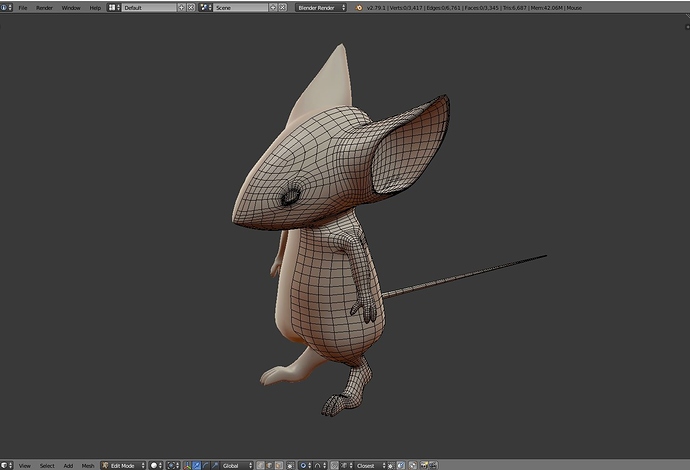 Also the feet and hands took quite some time and a lot of remodelling and experimentation. Especially with the hands.
Joining was the hardest part and I had to start over quite often. I am now happy with the hands. The tail is a whole other story. The current model has 6690 faces.

I am currently trying to rig the mouse but I ran into some deformation problems.
At first, the shoulds look really stupid when raising the arms above the head. I am not sure if I even want to render a “arms over head” shot but in case I wanted the rig and the weights to be as perfect as it could get.
Second is, that I am not really sure how to rig the tail. Ordinary animation of each bone? IK? Spline IK? I am not sure. Also when importing the model into Unity later on I am not sure how the IK behaves and if it works in Unity at all because I have read somewhere that both IK systems are not intercompatible. So I wander if I even should put alot of work into the IK rig in Blender and instead do all the IK work in Unity. Totally unsure.

I haven’t thought about texturing yet but I would like to try out to make a nice fur with particles. I am also a complete noob with almost anything in Blender. I can do some stuff in Fusion 360 but CAD is so different from 3d modelling such things.

Any critique is welcome. Tipps and tricks as well (rigging and weight painting… 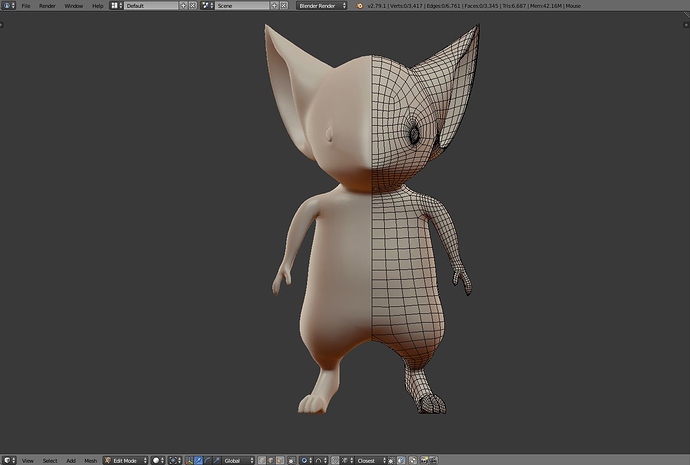