What kind of approach would be best for rigging a cartoon bird’s neck so that it works decently in flying pose and normal (standing on ground) pose? Check the pic.

I decided to try how close to original Jewel model (from Rio movie) I can get with my skills. As you can see there’s still a lot work to do and things to edit.

But should I try to build some sort of rig to fix that neck problem or just have two separate models, one for flying and one other stuff? That would sound a bit troublesome.

Oh and feel free to give any tips for wing rigging and all sort of bird rigging too.

Not at that point yet, though. Just doing some quick rigging tests but eventually I’ll have to rig the wings and stuff and I know it’s going to be rather hard. I haven’t done much rigging in Blender yet. :o I know the wing tutorial here: http://www.hartworks.net/blender/jared/ and I’ll probably try following it, but could use some tips for other things, like using some wing feathers as “fingers” like in the movie etc.

Oh and I suppose I could try fixing the neck problem by doing some extensive weight painting but I don’t think the results are still good enough. Or maybe if I modelled the neck so that it’s half-way between normal and flying pose I guess it might be a bit better. But dunno if that would be enough. 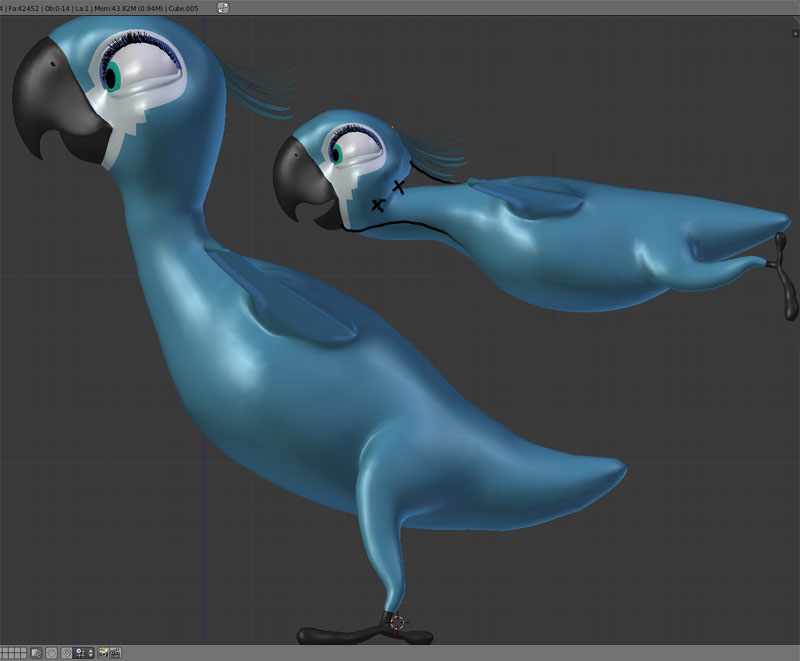 Still open for other possible solutions though.