Hello there! I have a question for some of the more advanced modelers here. For a number of different reasons throughout my Blender career, I’ve found it necessary to create an arbitrary axis to transform vertices along (which I only just recently learned you can do through the N-key menu in 3D view, under “Transform Orientations”). Using this tool, I also would like to move vertices to specific points through interaction of the arbitrary axes and the global axes (I’ll explain what I mean in a moment!), but I could never find a way! Would anyone be able to help? It’s a bit of a difficult problem to explain verbally (type-ally?), so I made an example below.

Say I have the shape below: 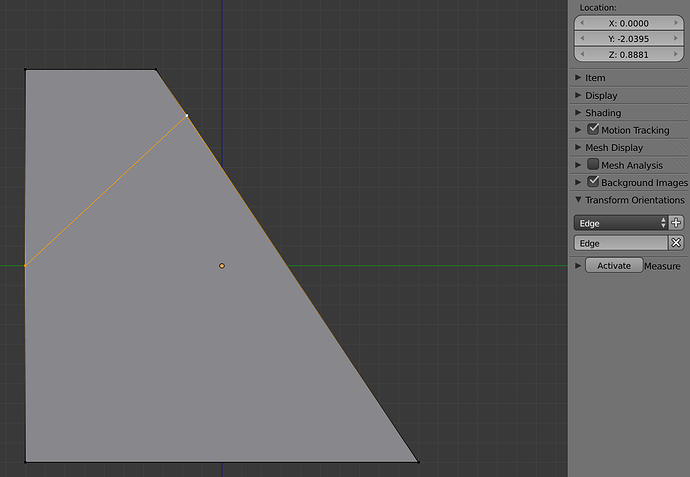 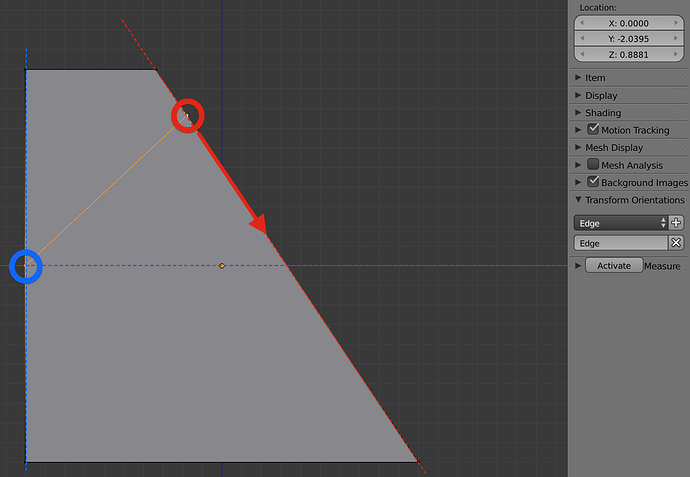 The result of such an operation should create the figure seen below (of course, to create this tutorial, I took these photos in reverse, using the vertex drag [double-tap “g”] tool 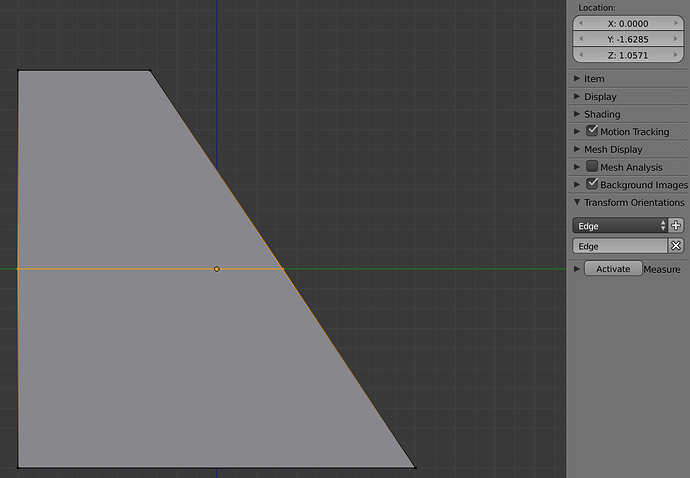 I don’t know how to achieve this, but I imagine that the solution might involve some combination or permutation of the vertex-drag tool, the knife tool, the transform orientations menu, and scaling-to-zero with respect to the 3D cursor on some axis. The solution may be simple and staring me in the face, but for the life of me I can’t figure it out! Any help would be greatly appreciated.

Edit: I understand that this effect can be achieved APPROXIMATELY (even relatively precisely) by using the vertex-drag tool, however I would like to have an exact solution if possible. Thank you!

Bonus points to any brave adventurers out there! In theory, one should be able to extend this solution to any two arbitrary axes. For example, in the shape below, it should be possible to move the red vertex to intersection of the red and blue dotted lines (the red line representing the right-most edge’s “z”-axis, while the intersecting [mostly horizontal] blue dotted line represents an axis that is orthogonal to the left-most edge’s “z”-axis AND in the plane of the camera). 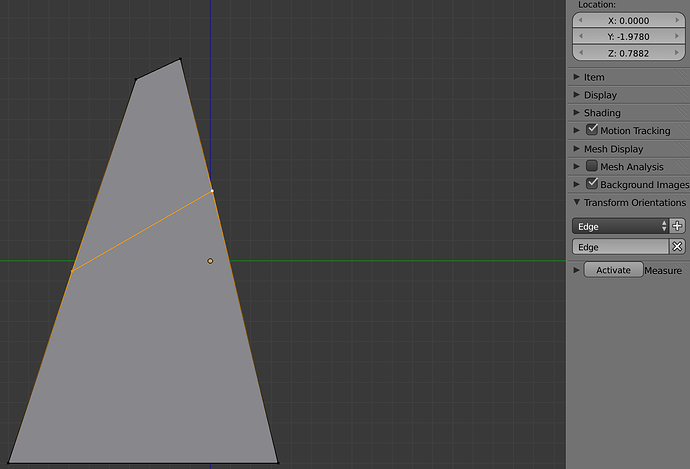 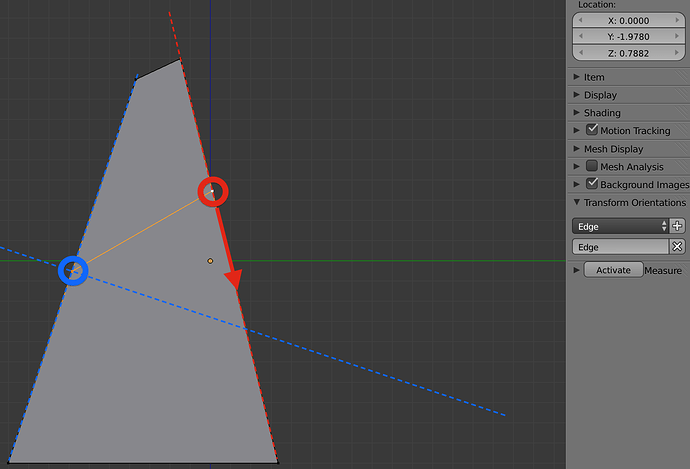 You know, when I write this all out, I feel like a crazy person :eek:

Amazing! Thank you Sanctuary, for answering my question very well AND very quickly (and with pictures, because words make my ADD kick in)!