hi,guy’s
this’s my firt movie after two years of watching tuturials
i’m from mali (africa) and i hope you gone like it…
be indulgent with me it’s my first movie… 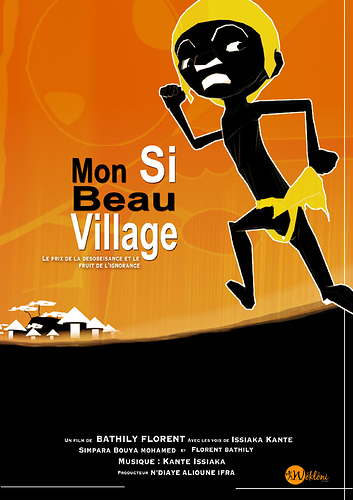 That’s actually pretty good. However, outside of the dialogue that needs to be translated better, the viewer is actually placed in what seems to be in the middle to the end of the movie. It has the potential of becoming some what of a short movie. Unfortunately, there was no indication about the prince and his life in the village that makes him want to leave.

thank’s for your constructif message,your remarqs are very clear and about the translated i make it with google (lol).
But why the prince want leave him village the message is particulary destined for “us” african people who “don’t open just a little,our mind to see what’s you got” but they always think “their happiness is away from home”…

I see. It’s based on a African Proverb. Got it. Good luck on the next message.

Nice one, love it

I really enjoyed this akirflo, like the style and use of color.

Good stuff, my main crit is only that some of the audio editing was a little rough. The animation could be improved but overall it worked for what it was.

great job. I liked how everything was shadeless.