Moving over from Lightwave

I have good results by first loading up LWO files in Accutrans, and then saving a new LWO file. That file loads up in Blender without issues.

Also refer to this:

I'm migrating from another platform and my files too

I switched from Lightwave to Blender as well years ago. I had trouble to import my LWO objects properly, until, after much testing, trial, and effort, I came up with a smooth import workflow. The built-in LWO importer is only semi-useful. Remove it, and download the one here: https://blenderartists.org/forum/showthread.php?336749-The-LWO-import-export-project&highlight=lightwave+importer I’ve tested this (more up to date) importer quite a bit back when the developer still actively worked on t…

Don’t wait for 2.8, although you can download the latest versions of that for playtime. Blender is just a better more fun app all round, for me it brought the fun back to 3D. Lightwave is still awesome, but Blender is the future, and with various addons and personal user preference settings, can be tailored to your own way of working.

My favorite part of this site is the Released Scripts and Themes section.

After about 20 years (I started with LW 5.0) I am moving from LW to Blender as we speak. I’ve got about 18 months of projects that will still continue to use LW, but my plan is to be fluent enough with Blender by that time to not miss a beat. Nobody likes change and I’ve put this off for some time, but I’m now resolved to make the switch…

By the way have you seen my video series? Free of course.

And I have started this. Hopefully I can finish.

I think with Newtek being acquired, and with 2.8 virtually launched, there will be a lot of LW artists lurking here.

LW user since v5. I’m really loving the Blender community of late now that I’ve muted all of my LW feeds. Lately it’s been plugged up with 9 year old tutorials and really sad animation ‘tests’.

Welcome to Blender. I migrated over from Lightwave around a year ago and I haven’t regreted it one single time, yet. The community, the communication from developers, the nice tools and workflows inside Blender, it’s just fun with 3D again.

I moved over from Lightwave a few years ago. One huge difference for me is that Blender is MUCH friendlier to those of us who like to develop for 3d as well as do 3d. (For a while, with Core, I had my hopes of with LW, but alas, twas not to be.)

There are some places that Blender still needs a lot of work. But it is a relatively vibrant, modern and active development atmosphere with no real indication it is going to do anything but flourish in the years to come.

Contact me privately if you need any help. And of course there are my tutorials that are… now already sadly out of date.

Hello and welcome. I migrated after the whole 9.6 / core / lw10 thing and failing to see any love to modeller.
Took a while to unlearn some things, but I find Blender to be much more fluid in modelling and 2.80 with HardOps & Boxcutter is just freakin’ awesome. There are plenty of free addons out there mimicing that behaviour now too. Even so, the edge handling in Blender is way better than LW was.
Like Richard, feel free to contact me if you have any questions, I’ve done a few videos myself, checkout the ColinTCS youtube channel. Again, welcome, you won’t regret picking it up, it is so far removed from the old 2.49 Blender which dissuaded so many people.

it is so far removed from the old 2.49 Blender which dissuaded so many people.

Yes, I tried Blender maybe a year ago and was frustrated with basic transform selection that I gave it up. I think and it’s been confirmed even in this thread, that anyone migrating from any app (not just Lightwave) was frustrated with the lack of common UI syntax that appears to have been resolved with 2.8. I just jumped in all day yesterday with moving primitives around etc. and found it not only easier to navigate, but astonishingly fast on my less than stellar GPU.

I have a few projects in the pipeline still in LW but anything new will be in Blender 2.8.

Thank you all for your kind words of support and offer to assist via PM. Reminds me of the good old days.

Attached are some samples of my character design all done in Lightwave. 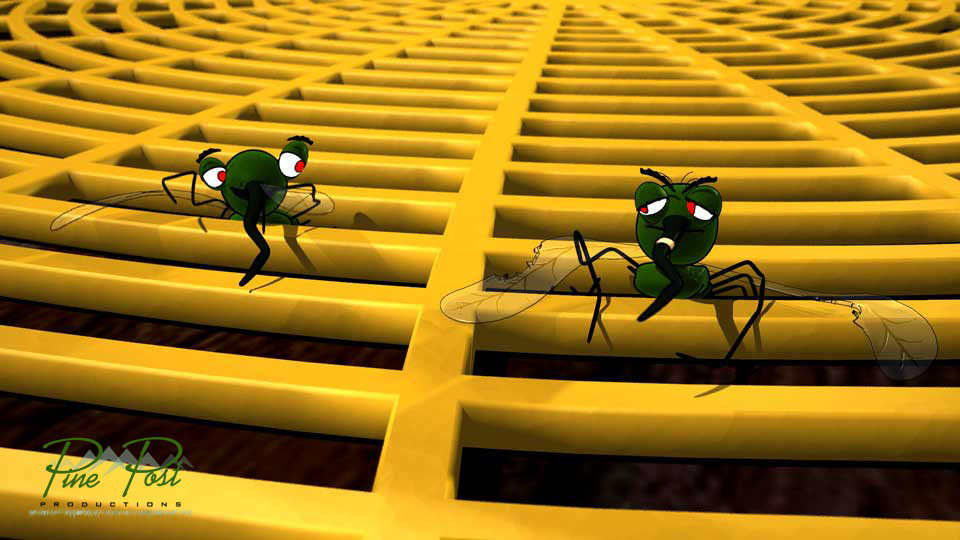 Thank you all for your kind words of support and offer to assist via PM. Reminds me of the good old days.

Yes. It is true the old days of LightWave are gone. We all took it with us…lol

Some directly to Blender, some to Softimage, some to Maya… and well, eventually all roads lead to Blender. For some people it just takes more time. And that is understandable.

I am one of the people who completely embraced 2.49 and took it on as a challenge. But I fully understand how people need things to be more familiar or polished. And we have seen this with 2.5+ moving forward. But for some people it was still not enought. 2.8 seems to be received well. Not only the re-imagined interface but with some key features such as Eevee. I ,mean. it is hard to resist now!

Nice work, by the way.