Hello, I’m right now working on a new project to model, texture and if i have the time animate the mechanism of the MP5 Submachine gun
So far I’ve done this: 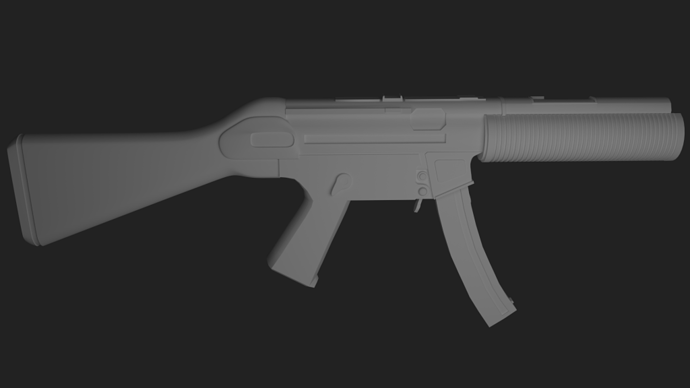 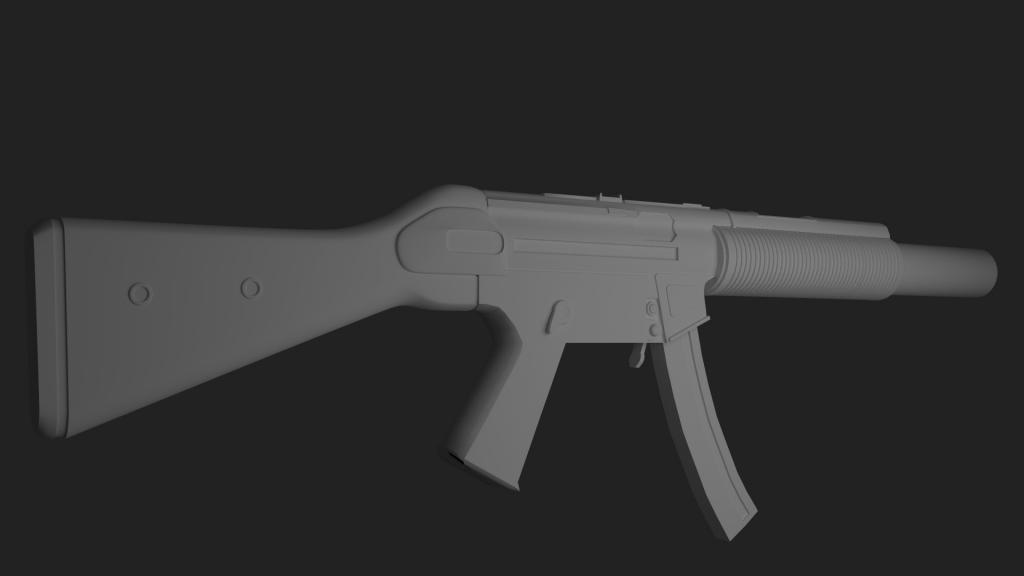 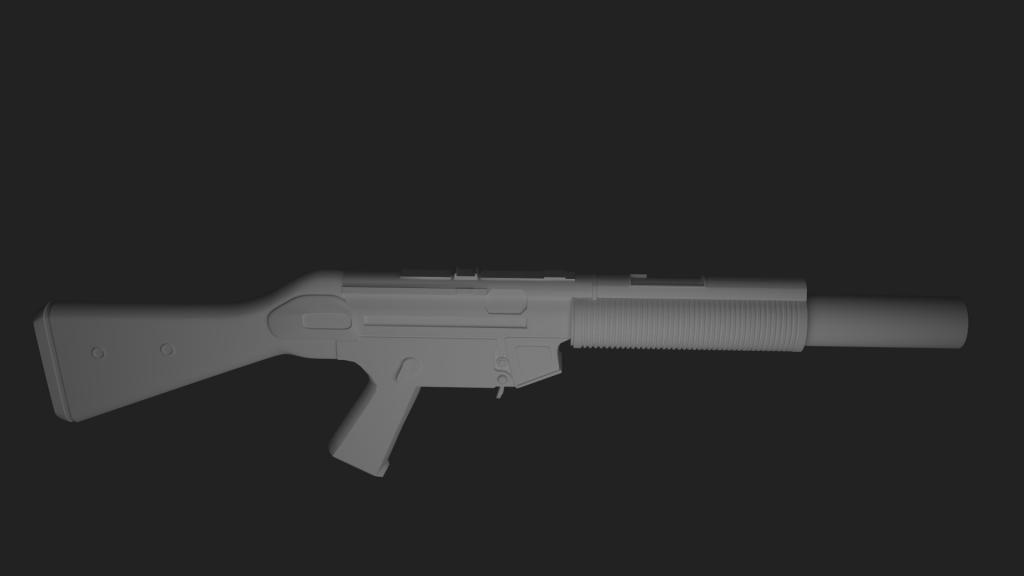 Another update of the gun with the holographic sight and a few more details, i hope i can start with the gun mechanism really soon 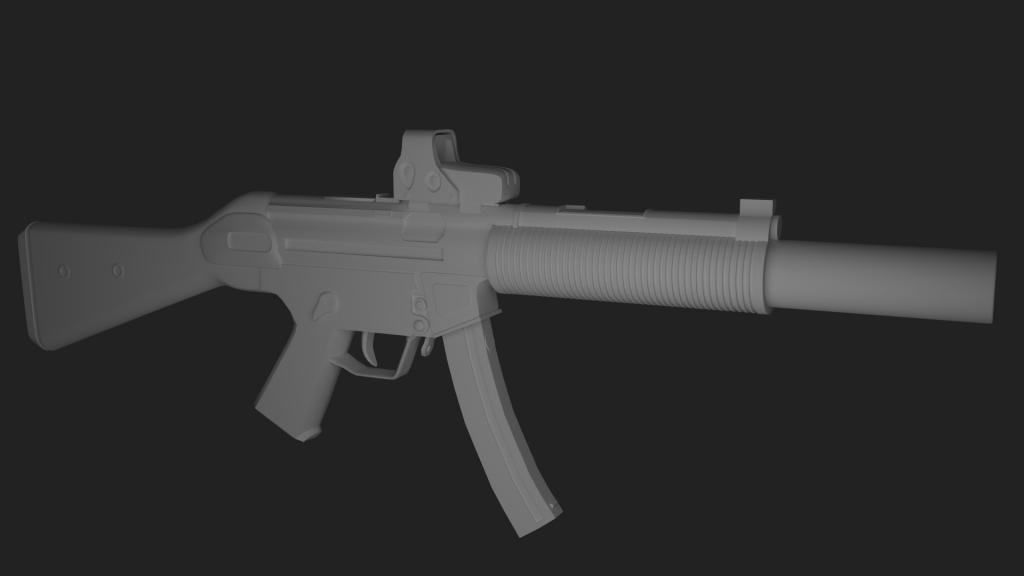 Here is a render of what i have so far 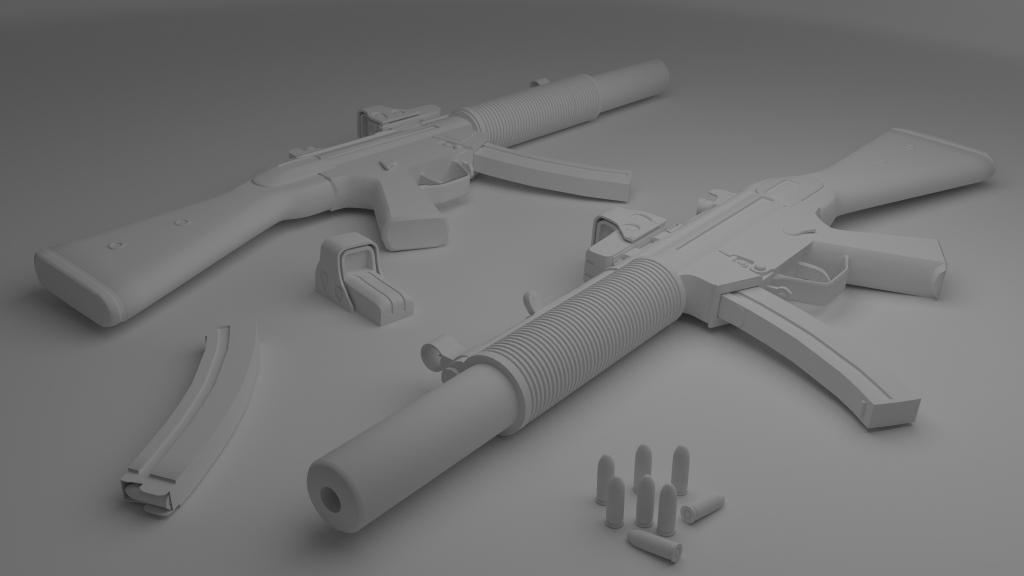 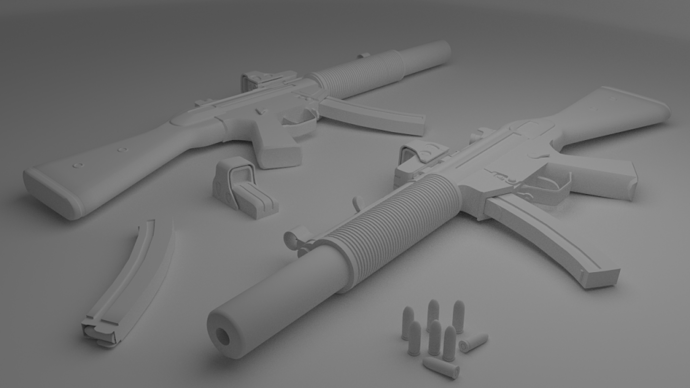 It baffles me how people get their weapons to look like this. Mine always look clunky. Unrealistic. Not smooth like this,

you need practice, at first mine looked really unrealistic, mostly you need patience and a try to look many reference images

I know how you feel Owatch.

I cant wait to see this textured. By the way back to Owatch’s comment I would like to know a few things you did to achieve the look of the gun. How long have you been doing 3D?

Thanks I’ll start texturing next week

Ok, so i already started a little bit with the texturing, i had to make a quick render for a presentation and here you have it 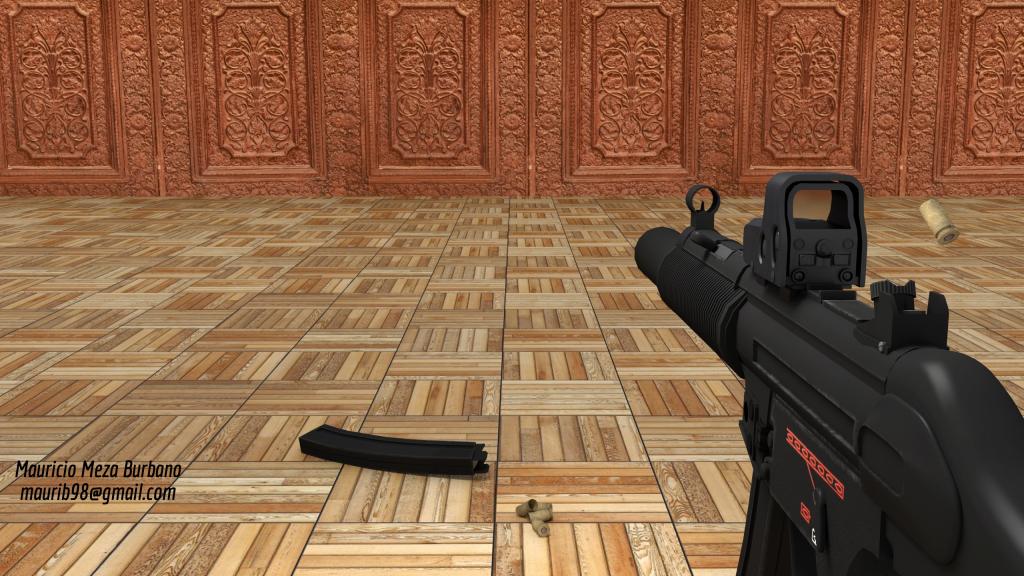 this is not the final texture, if you think i can improve something please tell me