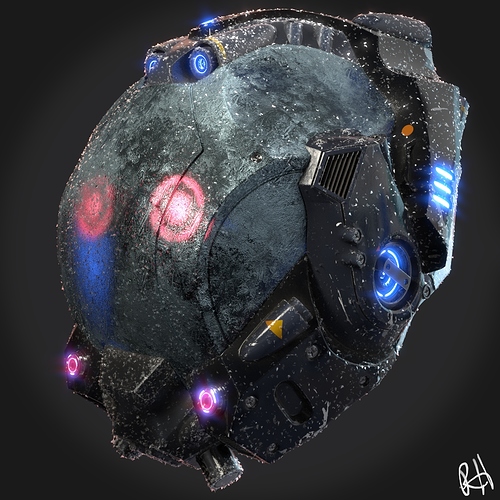 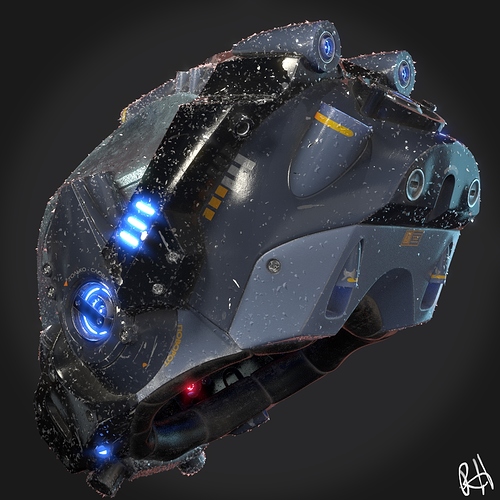 Victor Fries was trying to save his sick wife but an accident changed his body so that he can only survive in sub zero temperatures. Therefore he creates a cryo suit that will keep his body cool while he continues searching for a cure for his wife. His desperate attempts to save his wife have forced him to cross paths with Batman several times due to his lack of compassion he has towards anyone other than the love of his life.

Followed Kent Trammell’s sci-fi helmet course and decided I wanted to modify my helmet so that it looks frozen and covered in frost. I might eventually create the rest of his suit as well as his freeze gun but I think the helmet is complete.

Awesome result man !!! Pretty realistic !!! When I look your work, I really think that the time is come for me for the blendercookie citizen membership haha.

Awesome! Very believable. The back story adds a lot.

@Ride the flow When i first subscribed to the site I didn’t think there was much content for members but then they started pumping out tons of great stuff. Their courses are get better and better every time.

ps: there’s a typo in your description: but an accented changed

Great! Could you make tutorial ?

Really nice work. Congrats for taking a tutorial and putting your own spin on it!