I posted this image for a blender guru competition a long time ago under the name Falcon_Master. (stupid name that I don’t want to be recognized by :o) I saw it on blender Guru’s Facebook page yesterday and it inspired me to post a thread about it and the process I went through to finish it. Final Image was rendered with cycles at 1000 samples. I used Photoshop for some color correction as well. 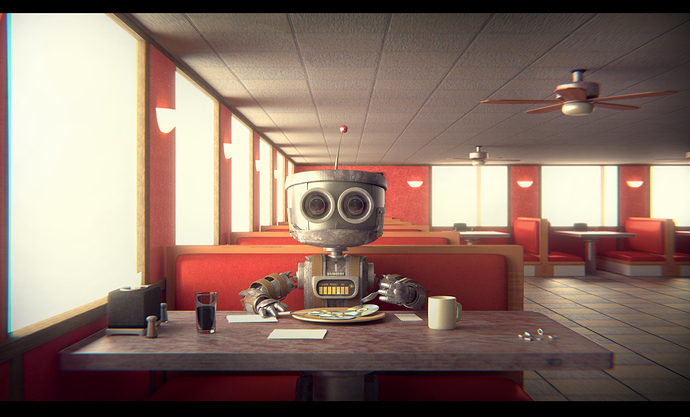 Unfortunately I didn’t create any concept work for this image. I simply wanted to make a robot, so that’s what I began doing. Below is the low poly model before I rigged it and built the diner. 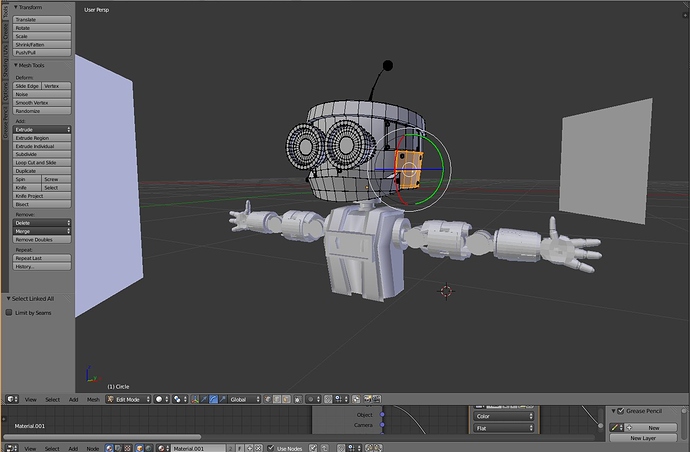 After rigging the model I made a simple diner. I used an array modifier to quickly duplicate every table and booth. I was deciding whether or not to put anything outside the window. I ended up going for the over exposed outside look, however I feel now that if I would have added more outside it could have enhanced the image or even told a story.

I wasn’t a huge fan of UV unwrapping at the time, so what is UV unwrapped is poorly done. I’ve been working on it though and I’m getting better at it. But for the most part, this image mostly uses blenders texture-mapping abilities. 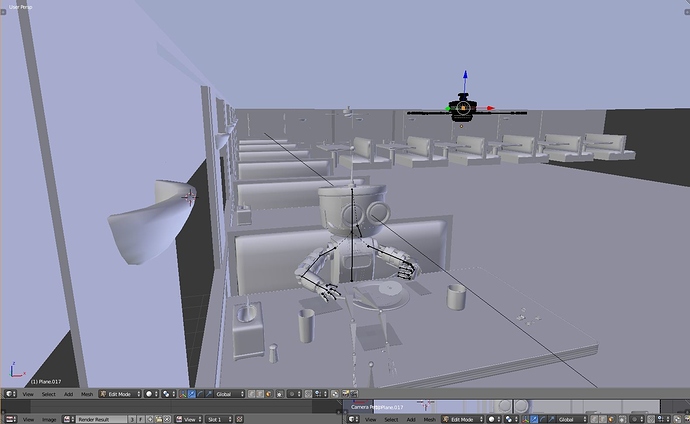 If you look carefully I also ended up duplicating the robots arms to use as legs. It looks pretty creepy to have hands as feet.
My biggest regret is not having much of a story to this image. Perhaps if I re-position him someday I can make a story out of it. However I do like the way he stares straight at you, and I also think the chromatic aberration does this image good. (even if it is a bit much :D)

This is a very good work, I like very much the robot and his expression, and the lighting and texturing too.

I remember this. It was one of my favourite images in the competition. I’m sure you had an image with the robot more central though… With the robot in the middle you get more of a sense that you are sitting down with him (to snack on some CDs perhaps)

I love it. Especially the CD omelet.