So I’ve watched two video tutorials on adding multiple textures to an object, and I’m still missing something (I also tried viewing the tutorial on this site on the topic, but it’s linked to a tutorial on texture stenciling?)
I’m running Blender 2.48a on an Intel Macintosh computer. In my Link and Pipeline window, I can see the “1 Mat 1” box, but there are no buttons underneath it to add a new material like I see in the video tutorials I’ve watched. Not in edit mode, not in object mode. I did have the buttons under there on one occasion and successfully added a second material, but I have no idea what I did right and haven’t been able to figure it out.
I took a quick screenshot of my desktop. Any help would be greatly appreciated. Thanks! 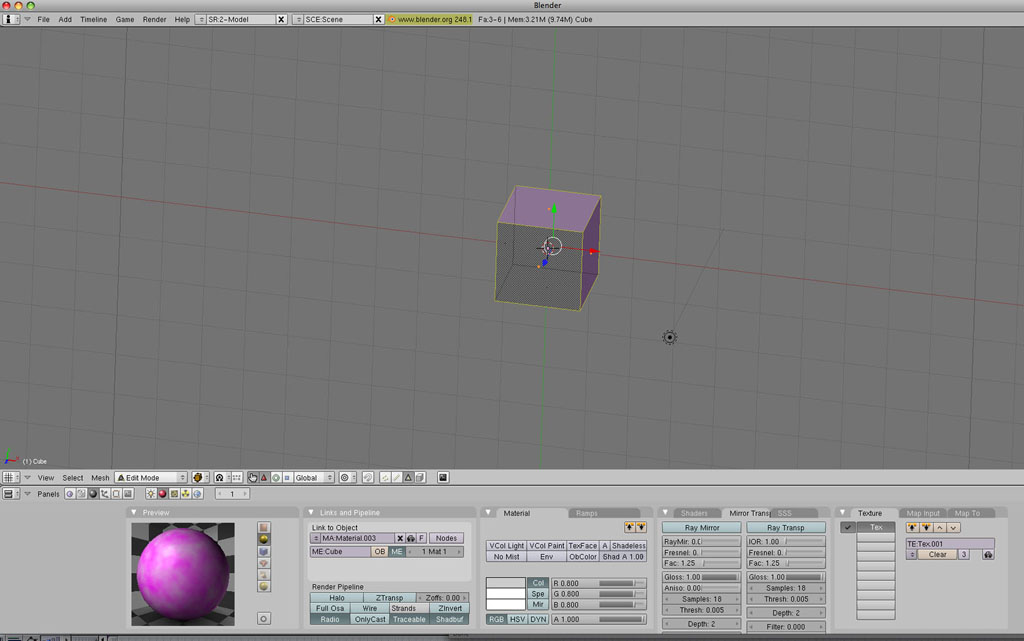 It’s in edit buttons, right next to the buttons for vertex groups. the button says ‘new’. I know it’s there, because I just checked.

Aha! Got it now. Thanks Modron!