So apparently the multires displacement bake do not smooth the UV which is quite annoying imo. I’ve even made a bug report about it but not much is happening there at all, so instead I’m wondering if there is anyone that got any tip on a workaround? Really want to make my frog character the proper way 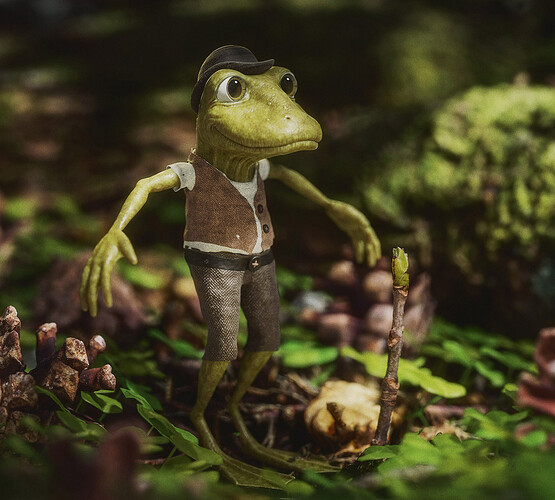 Is there really not anyone else that have used the multires bake? I know that this have been like this for well over a year so there must be someone (or quite many tbh) that had the very same issue!

I don’t know what you mean by doesn’t smooth the UV? 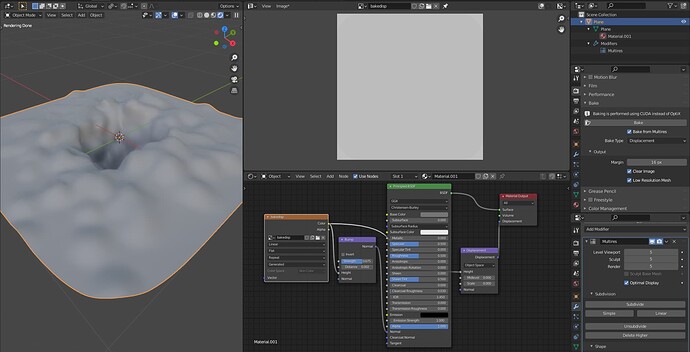 seems to work Baking the Multi-res to the base mesh… 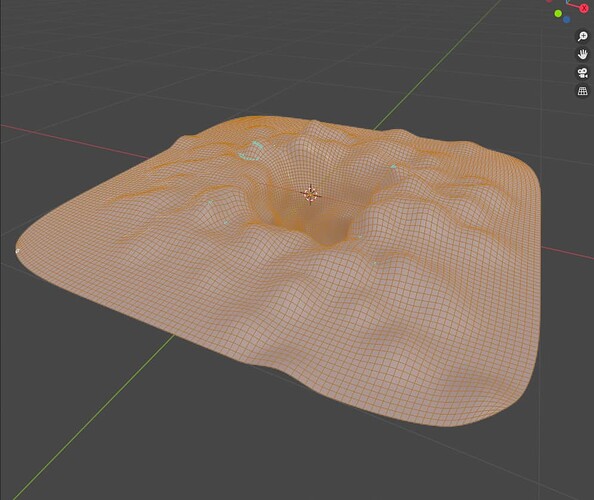 I mean baking the multires displacement to a texture. The resulting texture file will be based on the main mesh but without smoothed UVs which aint right.

You have a displacement and bake it relative to a basemesh.
And basically the essence is, the basemeshes uvmap has not more faces than the basemesh itself. The UVs just define how a texture is mapped to a face and within a “uv-face” the texturecoordinates are linear interpolated. At this stage there is no subdivision or whatever. The displacement is stored relative to this basemesh. And thats why there is no way to smooth it.

If you then add a subdiv modifier, its like continuing modeling. You choose to smooth the uvs or not, as now there are more faces and verts, uvs. And its possible to treat that differently. And at this new modeling step it is where the baked uvs will still fit or not. This is where your problem occurs.

If you choose them to be smooth they dont fit to the linear interpolation of the basemesh you baked towards. So you have to choose “sharp” in the subdivision modifier. Or you should have not baked against that simple basemesh but rather a subdiv surface mesh with smoothed uvs.

I think it would be worth uploading a screenshot with the jagged linear interpolation on the maps themselves compared to a smooth UV bake frome ZBrush or any other package.

I guess since UV interpolation is a crucial part of production rendering this will surely be looked at once they start working on making baking more usable. (I wouldn’t get my hopes up about when that’ll be though)

Yeah, a comparison with how it should look might be good, but I don’t have any software that can do it atm since Blender can’t do it.
And yeah, it is a crucial part of production. I have talked to a Daniel Bystedt about this actually and he says that they don’t smooth their UVs in production because of this, which yeah is a workaround, but a bad one imo and I want to have a proper texture. Tbh it should be a very simple fix for the Blender guys or just anyone with someone with some coding knowledge, which ain’t me unfortunately. And seeing that this have been like this for a long time and that I dont really get any replies in my bug report I don’t have high hopes no :\

Still leaves me with my question for a workaround to get the UV smoothed on my textures?

I’m gonna guess with multires you can’t do that, so that’d leave you with doing raycast displacements (doing a separate subdiv operation for your lowres with UV smoothing, and using the highres sculpt as a source mesh for the displacement).

I’m on thin ice here, I baked maps in Blender a couple times but it feels like something that used to work 15-20 years ago, is partially broken and has never been looked at since.

Might be worth to get someone else’s take on this one.