Hey guys!
This is a Museum Concept.
Here’s the original sketch: dr4wing-pencil.deviantart.com/art/Architecture-concept-199983630 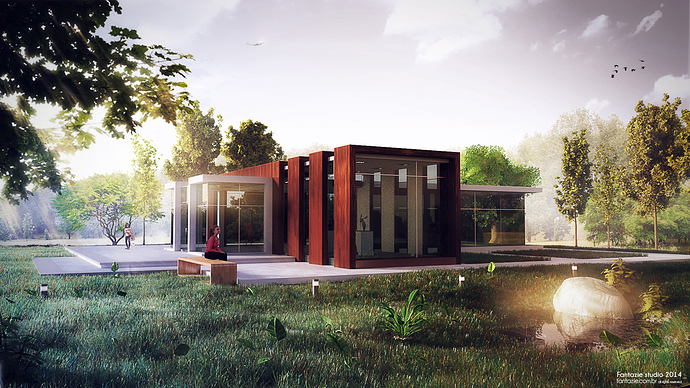 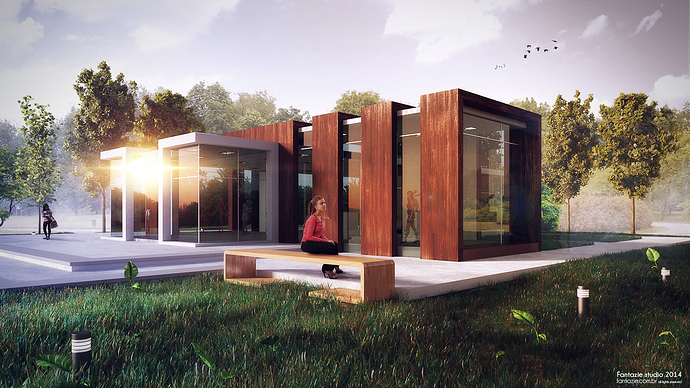 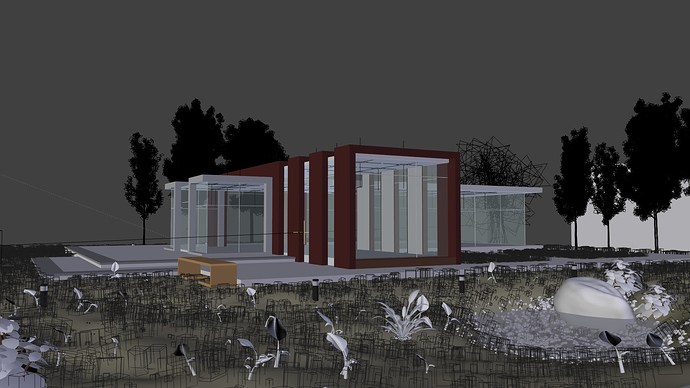 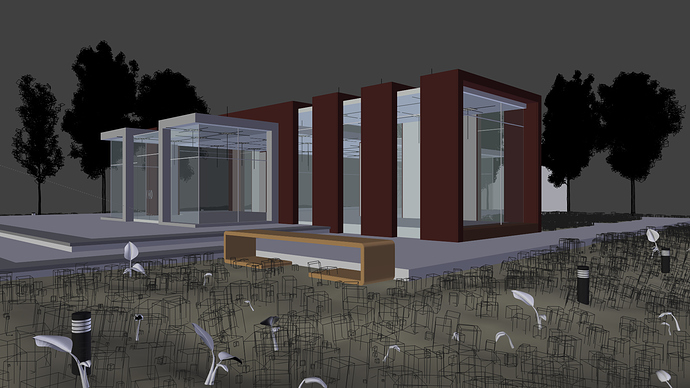 Love the composition! I can’t really find any faults. Keep up the good work!

Thanks! I tried to do it like a concept art look

As an art concept is great, just the lights dazzle, do not let see well the construction. But it is just my opinion.

Very beautiful! The lady sitting down could use some more compositing in the first pic but its not a deal breaker. Very nice work with the particle systems!

Very nice, glade to see my sapling trees from the Blender Market going to good use. Hope they were a time saver and worth their value:) I actually really like the sun glare. Good job man keep it up.

Sure they worth the money! And also is the first package of trees that I find really flexible, it will be good in any scene.
I loved the way that they matched in this scene. Good work too, Derek.

Some details, like the girl (and some others), passed unnoticed by me. But I’m happy with the results.

But the extra vegetation (big leafs o the grass) looks very odd. I also think that the post processing is too heavy, but that is a matter of taste ofc.

Always good to see quality arch viz renders as there are many challenges that go with them, like grass, trees, blending of cutouts (skyline, people, etc). Especially when it’s outdoor. It’s fun to see how different artists approach these elements. Nice work and thanks for sharing.

Good work. The composition is not good. Too much glare effect and wrong color grading. I think the defocus is also missing? The materials need tweaking and some of the plants look abnormal and don´t fit into the scene. But otherwise good work.

Excellent, a bit too postprocessed for my taste here and there, but that seems to be very popular these days, still love the colors.
Drawings are awesome!
Needs an interior rendering, especially for a museum.

I’m curious what the raw render output looks like

Nice building, nice render, the environment looks weird - unmanaged for some time, ovegrown grass (vs light pole) + caladium?, puddle (pond?) yet the trees at the back are small (vs perspecive). Feels like a Predator hiding in a dark place stalking a women in red.

I like it but… in my humble opinion as someone who hasn’t done any archvis, I think the scale of the foreground vegetation is too large in comparison to the bench and the woman.

I like it but… in my humble opinion as someone who hasn’t done any archvis, I think the scale of the foreground vegetation is too large in comparison to the bench and the woman.

I agree but maybe the camera is too low close to the ground to give that effect.

Hey Jonathan,
Did you use reference 3d models before compositing the human figures? (you know, placeholding some 3d objects and rendering an opengl still to use later in gimp/photoshop).

I have a feeling the overall scale of the render is strange. I suspect it has to do with the size of the human images.
In particularly in the second image the front-most woman seems huge

i did images for http://sunrise-resort.ru/ this project and made conclusion on distance - mor is better