Getting started on my entry for the WC themed ‘mushrooms and flowers’. 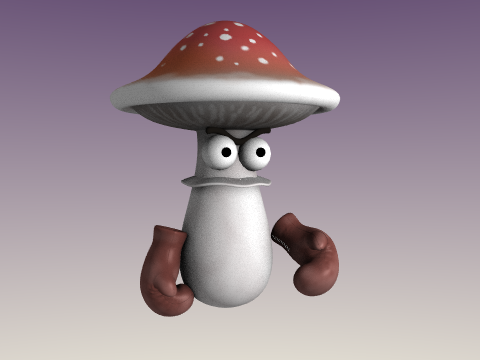 Judging by the prescence of those boxing gloves, I think I am going to like this.

loL great start. Looks like the mushroom is eager for a fight

what would be this WC themed ‘mushrooms and flowers’

is this a blender or yafaray contest ?

how did you do the different size of circle on the mushroom
like sort of a voronoi texture may be with ramp ?

Thanks guys. @rickyblender: It’s not a procedural. All UV painted. Here he is with a bump map and a spec map. 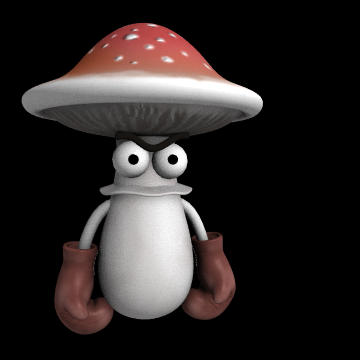 Here’s a little update. I decided to make the flower a succulent, since they tend to be less stringy. I’m still experimenting with the actual flower part. 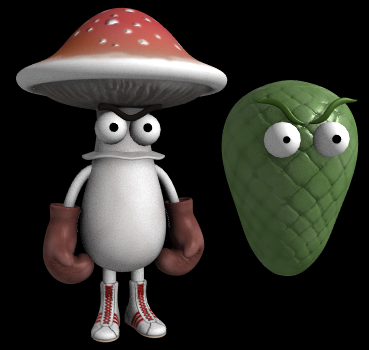 lol, here I thought the flower was going to be a pansie! Looking amazing, very stylized, very cool!

One badass mushroom! Warning to all those who like to eat mushrooms, this one will fight back!

all this with UV mapping and painting i guess

i like the green thing
are the incarve lines done with UV painting also? 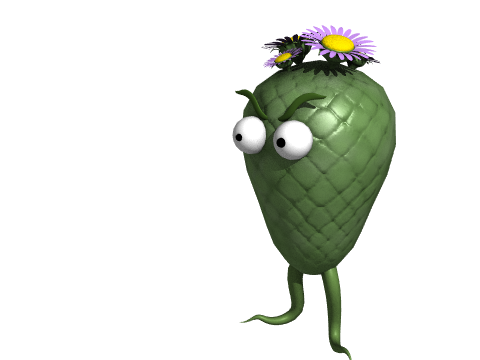 Thanks guys, it took me forever to make these flowers on his head for some reason. I think I got too into the detail, and the part I spent the most time on is all in shadow. I’m not sure about the foot tendrils. I may give him legs, and recycle/recolor the boots I made for the mushroom.
@rickyblender yeah, I just painted them on, and gave it a little gravimetric distortion in another app.

great modeling work! ModRon! i am looking forward to seeing an animated short come out of this! you should maybe make the mushrooms pupils dilated, hence thats what shrooms do to your eyes, and you could also make the flowers eyes pinned, like as if it were a poppy plant! haha that would be great! keep up the good work

Thanks, here’s an update. I decided to lose the tendrils for now. 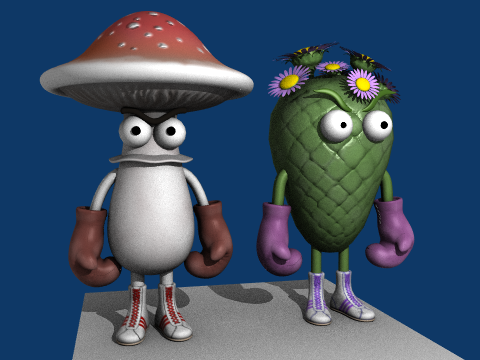 well, here is how far I got. No time for rigging and posing unfortunately. 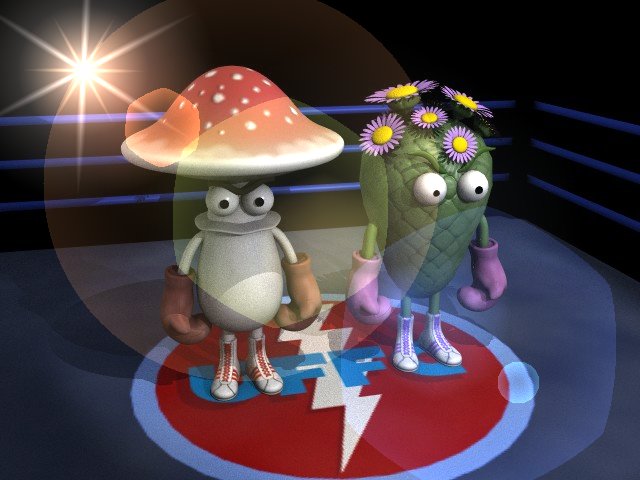 I love them, maybe you could do a short animation with them fighting? that would be very nice.

I love the characterisation you have going with them already, even without any posing yet.

Thanks guys. I think I will rig and animate them. I may even have a stadium audience from an old blend that I can use.

the bottom of Mr Mushroom is too grey or looking like naked
got to find some texture to add there!

may be a big buckle with some fruits around !