music animation - I See Everything

Hello all, here’s some work in progress, modelling for an animation. The plot:
A guy singing in a pub gets kidnapped and lobotomised (not too bloody). 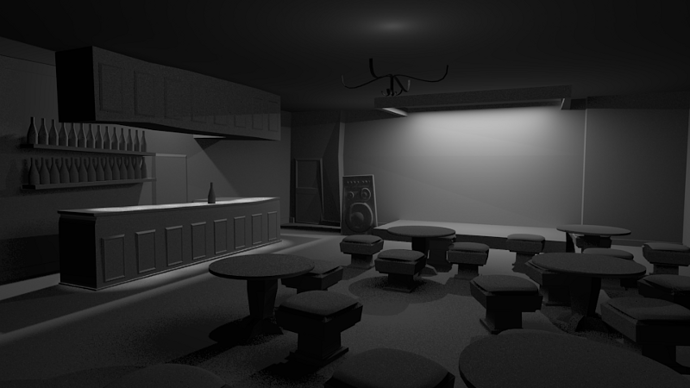 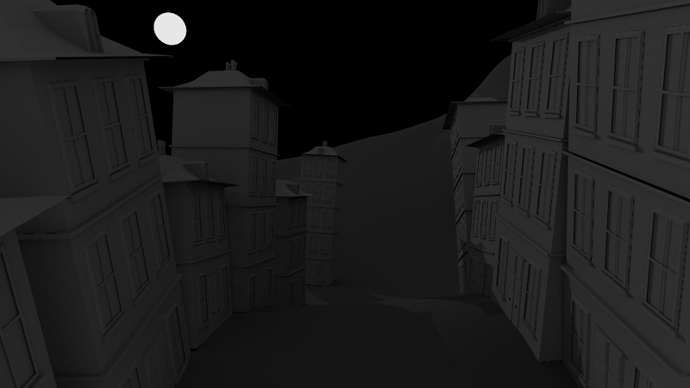 the van used by the mysterious kidnappers: 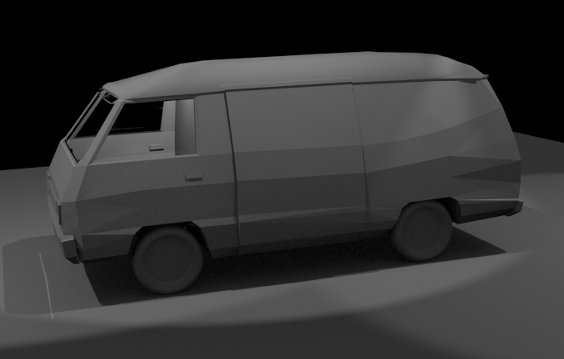 So, i worked on the street 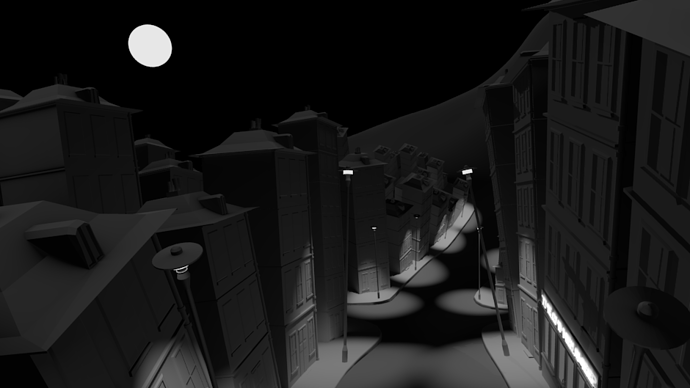 and the front of the bar 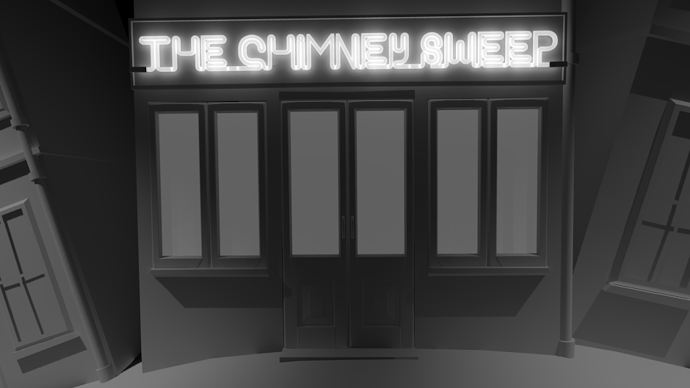 wow are you going to animate all that?

Yep, animating it should be heaps of fun!

I got my opening shot tracked, with the van (now with a lil UVmap) arriving in front of the bar 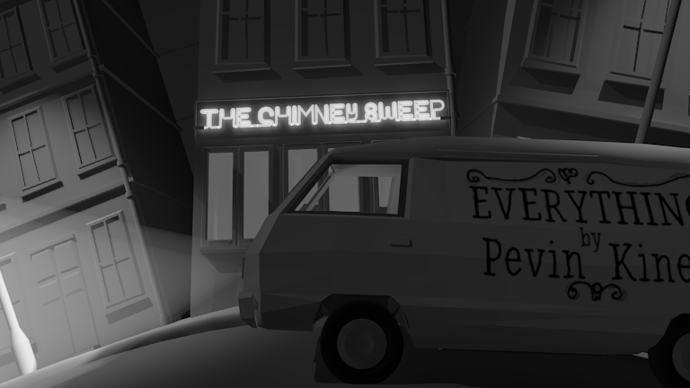 Then, I was kind of stuck with the characters for a couple of days.
So, did some doodeling this morning…

…and came up with this crazy dude, nothing like the doodles. 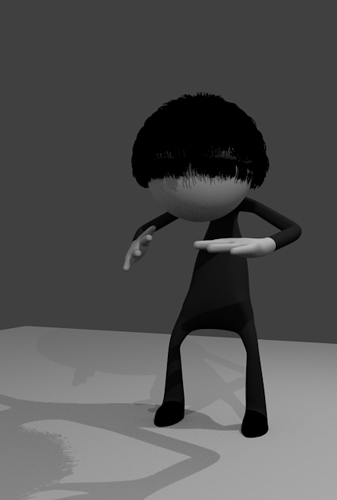 And finally, I started animating the aforementioned crazy dude (the singer), puppet style, by recording motions on a graphic tablet.
I was quite pleased with the result, so here’s a preview:

Amazing.
Can’t wait for the end of this!

Looks superb. I’d be interested to hear more about how you did that animation.

Hey scifigene, it’s relatively easy:
Added an empty at the wrists, feet and belly, enabled the record button in Timeline, pressed alt-a and quickly pressed G to grab the empty and move it around in time with the music.
Now I moved on to some basic IPO curves and NLA editing (cool shtuff) to refine things a bit.

Modelled the instruments for the band 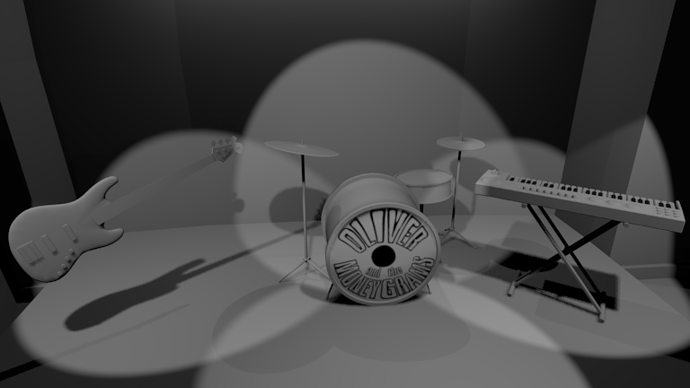 Got the band back together

I thought i see everything was from the sherlock holmes soundtrack! This looks relatively interesting though.

I kinda got caught in the details. I tried to make a jack lead for the singer’s mic. Using physics. Stupid idea, it was extremely complicated and looked rubbish. After I gave up on that, I had a break.

When I got back to it, I added some characters and lights and stuff, then did some test animation renders. And here’s the crunch:
Sampled motion blur looks good but I need Full sample anti-aliasing to get rid of some artefacts. Blender doesn’t allow sampled blur and full AA at the same time.
So I tried Cycles. The motion blur in there looks nice but I could only get very noisy renders. After hours of tinkering I found out that cycles can’t handle indoor scenes.
I’d stayed away from the vector blur node because my camera is moving quite a bit and I know from previous experience that Vector blur doesn’t handle camera motion very well. And indeed, using it here looked horrible at first, shaky shadows and weird blurrings.
But then, hooray, using the min and max speed in the node, I think I managed to get it to look okay with Faa + vector blur + moving camera. Awesome. 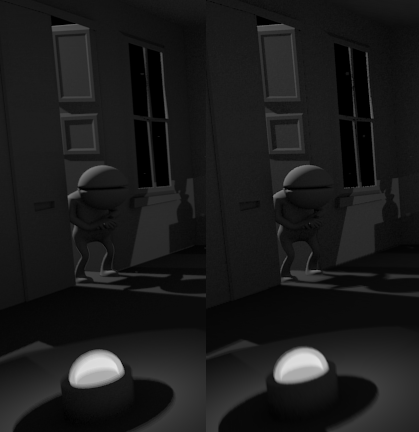 love the style you have here. Especially the street shot

Hi again,
thanks guys,
I was stalling for a while then realised why: I only had the first half of the storyboard.
So I finished it and took a couple of weeks to do an animatics of the whole video (about 2 minutes). I did some rough drawings with MyPaint and animated it in blender. I’ll post the animatics, but once the video is finished, not to spoil the very little plot I have.

Now, back to modelling with a rough blocking of the second part’s exteriors: 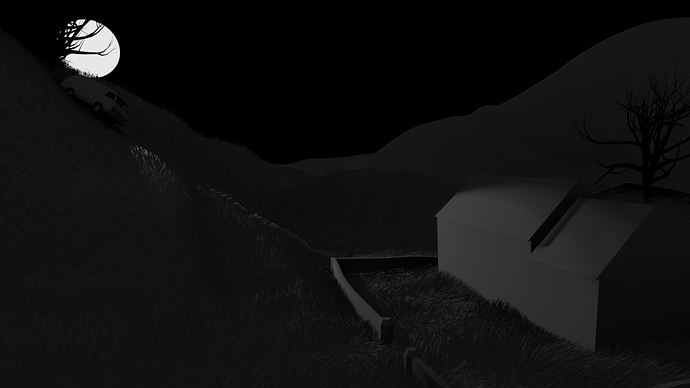 not too sure about the grass yet. Having a hard time controlling it.

And I started adding some details to the farm: 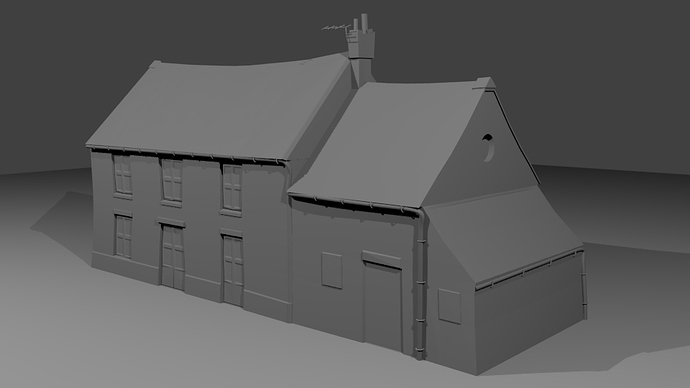 I did an open GL render of the first half of the video.