Music Video Made In Blender 2.8 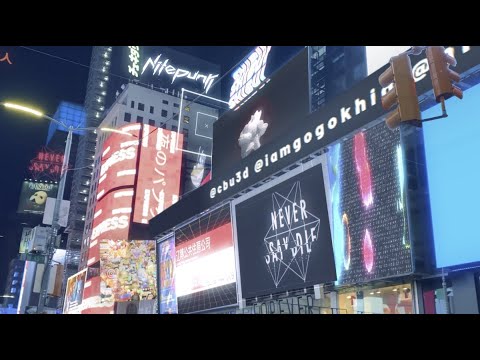 Just finished creating this teaser video for the artist Nitepunk. Over 100 CG shots were created for this video, all of which were made completely in Blender, and many of which were rendered in Eevee over the course of two months. Hope you enjoy it! Had tons of fun making this and I couldn’t be happier about the final product.

dude. this is fucking incredible. the music is banging, the graphics are banging. i love it.

I kind of wish I had the skills, or if there was a crew of left wing wild “far out” fans of dystopian multimedia. this video makes me think of what Nick Land’s “Meltdown” (https://www.youtube.com/watch?v=fiaWsgtJrNI) should have been if it wasn’t made in 1994. He has since become a bizarro far-right-wing accelerationist wacko… but back in the 90s when he was a far-out post-structuralist dystopian philosopher who spent a fair amount of time listening to jungle and hardcore and taking a lot of psychedelics and amphetamines, this style of video would have been perfect as a multimedia experience, which “Meltdown” was meant to be.

Take a look at the YouTube video link and skip around, and have a gander at the “lyrics” that are what that video is based around (https://lyrics.lol/artist/392850-nick-land/lyrics/1742360-meltdown) which “tells the story” of human civilization from the perspective that capitalism and technology are self-replicating “abstract machines” that ultimately, in much the same way as “The West” colonized “The Rest”, the techno-capital machine shall colonize life itself, hacking the genetic machines of life to integrate and serve techno-capital… or vice versa, as the lines are blurred.

totally wacky and far out… but i think if you peeped at the video and the lyrics you would see how your video and this music would absolutely make a better version of that idea.

You need to change your name… =D This is awesome… Can you upload some pictures? Because i guess this will get featured (i vote for it.) and selecting a better image than the thumbnail would be good.

Dang, that pretty amazing. My computer hurt just thinking about rendering all those videos. What kind of PC specs did you have to render this?

Your video is incredible! This is what I am aiming to do with Blender when I get better.

Sync is really well made ! Are you going to do a full video clip for this one in the future ? I Hope so !

I imagine if you were not a crappy blender user !!!

Your work is awesome !

Haha thanks man! Yeah we had to use a render farm for this, would’ve been impossible without it

Hahaha, it’s a super old username, really wish I could change it

That is simply just awesome, I love it!

I’m surprised to see a Never Say Die video here. I love the EP and I love the visuals. Good job!