my 1st go at blender

I did this after following a few tutorials. I think im goin to have alot of fun with blender.
Any c&c welcome. 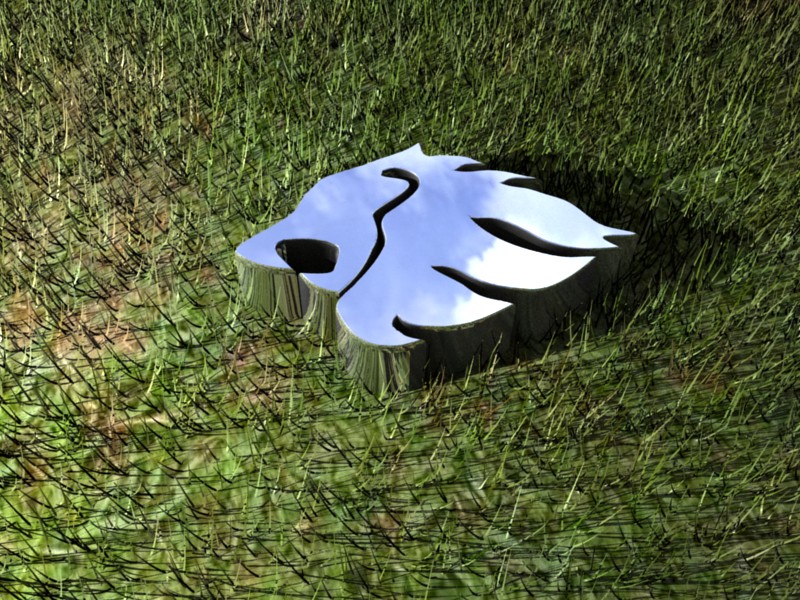 not bad for a first time

make the grass a little denser

EDIT: Welcome to the forums

welcome, and the density of the grass ain’t only one the grass could look a more natural, as in wider from the bottom

theres tutorials out there for that too

I did have a lil problem with gettin the density right. What ever I changed it still seemed as though the grass in the lower left was never as dense as in the upper right.

its the camera angle… more density for the very reason, and the grass-leaf-wideness…

Thanks. I will try it out.

For a first timer this definitely looks very good. You obviously know you way around in Blender. And the result has a certain photo realistic quality to it. Keep at 'em.

I have found that if you are using a particle system that is for really good looking thick grass, you should increase the number of particles to about 10000 or 15000. It will take a little longer to render but will look much better. And it might be so thick that you won’t even need that plane below it! Great job for your first time!

thx Dudebot. I have messed around with makin grass a bit and my comp is rendering fine with 15000 particles and with that many I have found that I didnt need to enable the mesh. Thx for that info.

what kind of lighting did you use it looks very realistic?

Yea no problem rendeded! Can’t wait to see what your have done to it!

Swimfreak. As you know this is my first work in blender so I think I may have gotten lucky with the lighting as I dont really know all the settings I could have with it yet. I used a Lamp and a Spot light with Buf. Shadow enabled. Seemed to do the trick.
Dudebot. I wanted to make some changes to it yesturday but found I only Saved the jpeg and not the render. Leason learned!!

I will post more pics as I get better. Seems like there are alot of frienldly peeps here willing to help out which is good.

just thought i would correct you, the render and the jpeg are the same thing. i think what you meant to say was you forgot to save the .blend file.

but i do like your render for a newb! good work and keep it up!
~superkoop
happy blendering!

yeah. that too. thx superkoop. Ill add that to the growing list of noob mistakes.

I like your avatar i did that tutorial too a month ago when i was new here. by the looks of your render you are going to catch on very quickly, nice work!

The picture in your avatar is the first tut that I ever did.

Can you post a render with the new improved grass?

The picture in your avatar is the first tut that I ever did.

Not bad! I think you are going to get far in this field!