Hello. Instead of riding my bike, I decided to model it. I know there are a million little things I can do to this to make it better, but It’s time to move on for now. This took me about a week of modeling, and a few days messing with materials. (After a whole week spent messing with cycles nodes to build up a basic preset library so I can figure them out better. (as its been a while since I’ve worked in Blender) 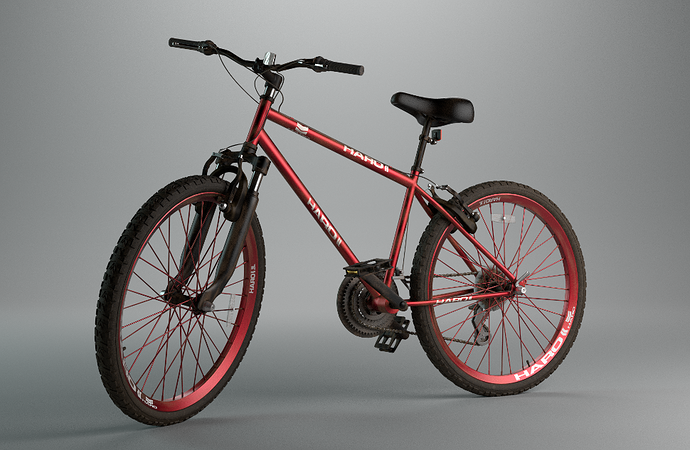 nice work, could be higher-res though

Thanks guys. I know its kind of a boring shot, but the origonal idea was to put it in a scene. Since I have this bad habit of just working before I have a full plan, I still haven’t figured out the scene I want yet. So for now I am content with knowing I have a decent bike model to throw in to whatever scene I have.

Kemmler. higher res would be cool. The reason I didn’t is because since I didn’t plan on having extreme closeups, I skimped on a few details. (the chain and gears don’t match up exactly so there is some intersecting going on for example) I might come back and revisit this later down the road, in which I foresee accurate modeling of all the parts at close up.