My Blender Works for my Game

Some works I did to my game (developing under Unity 3D).
Texture made in Photoshop, soon I’ll post more screenshots ! 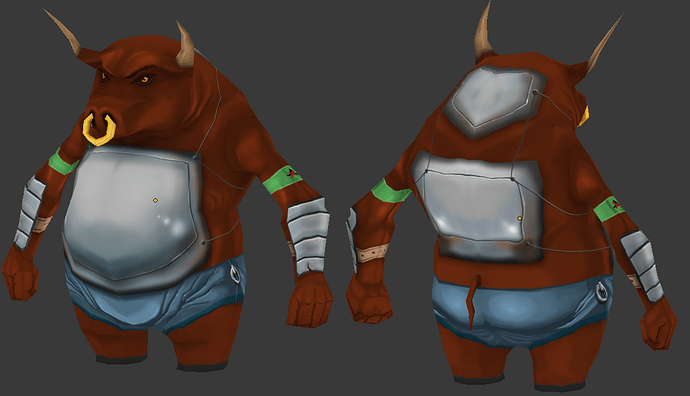 What size texture maps do you use for projects like this?

Your dinosaurs are very nice and unique imo, what kind of game is this ?

Thanks for visits and comments, the game is an adventure game based in another galaxy…more details soon (at my blog).

Working in reuse of armatures with IK setup

wow this is just amazing! As a udk user I couldn’t possibly imagine creating such ultra low poly characters that still look this good! Yet say, why this low? is it going to be an online game for smartphones? cuz in all unity projects I have worked on so far we were given up to 2k verts per char… ?

it going to be an online game for smartphones?

Yes, the idea is share the game using Unity Web Player, so I need to control the polycount of each object.

Human characters remind me a bit of Leisure Suit Larry art style for some reason.

Nice! He goes to the gym, but never works on his legs - only upper body, sort of like me…

It’s all OK, but somehow all the characters look weirdly stiff and boxy, and have noticeable texture seams. Also the topology looks a bit uneven. There’s nothing really wrong with your stuff, it’s just that it all look so very basic, you know what I mean? There’s not really any character to talk about.

Yes, I understand that you mean.
The limitation of polycount drive my work, many works are so more smooth thant others, but the real topology not is good…I agree, but is because the polycount again is very low.