My bumpy journey of making a human

but still, learning to make a believable human in CG is probably one of the hardest skill to pull off. but i don’t want to miss out on it. sculpting have always been what i really enjoy, as with most people, but i only do a tiny bit of it on my dinosaurs. and now i’m pushing it to the limit by attempting to make a human.

so this is my second attempt, the first was a few months ago when i tried to do a self portrait, i failed, failed hard. this is a completely imaginative character, no references. i only applied a few anatomy principals of the human face that i learned here and there. 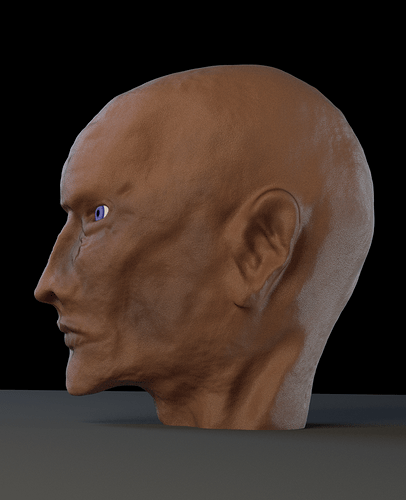 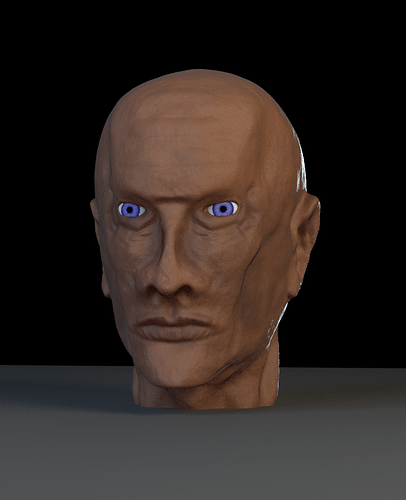 currently it is at multires sculpt level 5, with 500k verts. but i can still affort to crank it up 1 more level, for smaller details before my computer can’t take it anymore. but first, i would like to hear the bashing of how ugly it is. so go crazy on me folks! i need it.

material is a simple set up with a few level of SSS combine with diffuse and glossy, and a noise texture as bump map. i’m not going deep in to that yet, first i just need to get the anatomy right.

gives me the creeps. i think you better start with a base mesh, even low poly or so, form it like you want
Maybe, use game character as base mesh, or makehuman, good game characters have good eyes /mouth /nose etc.
Start with a picture in the background for each side model your low poly based upon it.
Then sculpt the details later

If you dont want to use existing meshes, still start low poly and take photos as reference.

I think at this stage you need more anatomy knowledge and observation rather then blender knowledge to take this to the next level. Also you didn’t say if you’re going for realism or some sort of stylization (realism is good because it’s easy to judge objectively).

yes, in term of work flow, i always start with a low poly base for every creatures i made thus far, though most of the time it ended up being pretty much close to the finished product, i only polish it with minor sculpting. i have always prefer this method but this project is also an attempt to go outside of my comfort zone, trying out a new work flow, which is going crazy on the sculpting and retopo it later. might not be as efficient as the other one for making human, but you know, it’s practice.

and also, i aim for “believability” first, don’t have to be down to the core human like, which is way too advance, first i just need to learn to make a human character that doesn’t feel like an alien.

so thanks for the feedback, i improved it a bit more now. 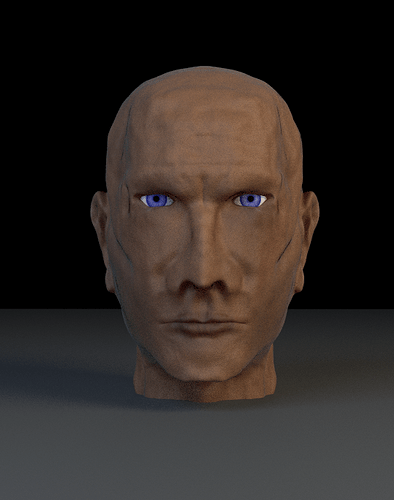 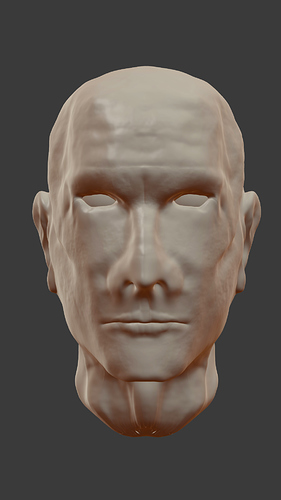 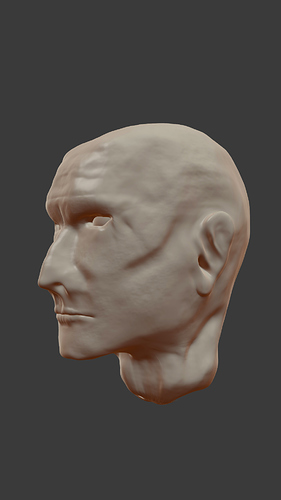 i know ,it still looks like crap, i’m still trying. somehow the mouth still look really weird, and i’m not sure what i’m missing. i read and draw a lot of faces too, but making it in 3d is a whole other level

C&C is craved for.

I think you’ve jumped ahead too many multi-res sculpt levels prematurely. Your earlier sculpt levels should focus more on proportions and overall layout, which is where I think this piece is lacking. I think more attention should be payed to the facial proportions. Eyes are usually halfway between the top and bottom of the head (many people ignore this fact, possibly because hair is often ignored as an identifying feature of someone’s face). Yours are a little high on the head. You have made a significant improvement where the eyebrows and nose meet, compared to the earlier versions higher up on this page. The lower portion of the nose is what seems most “off” to me as his nostrils seem to point forward more than down. The ears are also way off.

I guess the overall best advice I could give is to use reference images. A study of facial anatomy is also helpful. An image search of face proportions will return a lot of diagrams. What I’ve found very helpful as far as sculpting a face in blender, is to move the camera around your object a lot. A sculpt from the front may look great when viewed from the front but as you orbit around the head it may look way off from the side.

One thing that I like to do is to find an actor on google images. Copy and paste a bunch of photos of that actor onto one large image. Try to get as many angles of the head as you can of the same actor. Now you have a good reference image to cover all the angles. do details last. you’d be surprised how just simple proportions and shape can get a person’s likeness without even having small details yet.

thanks everyone. i am aware of the practicing methods, and i will practice more on replicate a real person soon. for now, i want to experiment more with this guy. redid the whole geometry, worked more on proportions and stuffs, remade the nose, i think it looks a whole lot better now 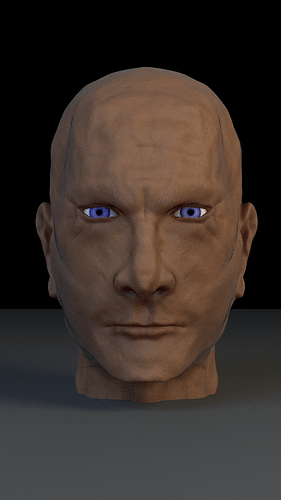 funny story, i use alphabet letters for the name of my render. A to Z. and this is renderX, i’m running out of letters. the advantage of this instead of using numbers is that when you open the image using window photo viewer or something, you can just go forward and watch your own process till the latest render. if you use numbers, render 10 will be next to render 1, which is wrong. but then again, you are limited to the number of letters there are.

looking back at renderA, it really do look horrendous, no wonder my mom thought it looks like a ghost, but it was fine under my eyes at the time.

By no means is your sculpt bad. Though if you want to take it further you will need to almost start back over. As helpful and nice as dynamic tessellation sculpting is it almost always results in having to do retopology. There are many reasons for this. But I think you already understand that.
Retopo this and then start sculpting on it again. Try not to make your retopo more than 3k or 4k polys for your base head. I’m new here so I don’t think I can put urls up yet. But you can just google “blender retopology” for a tutorial. After you do that then when you sub divide remember to add as much detail that you can at that subdivision when it meets its limits you work on other areas of your model until you’ve got it done for that level.
When your modeling a head or any part of a human body or an animals body always think about the anatomy. The bumps creases and folds on our skin happen for a reason. Which will become more clear to you as you see where the muscles, tendons, bones and fat are. This is also the process that you’ll need to model any thing well. You to come to the realization within your self to not only visualize what you want to model in your own mind but how it works. The underlying structure of it. In some cases you will need to know parts of the process by which it was made.
When detailing think of how it decays or ages or gets used what parts would be perfect and untouched and what parts would be damaged.

funny story, i use alphabet letters for the name of my render. A to Z. and this is renderX, i’m running out of letters. the advantage of this instead of using numbers is that when you open the image using window photo viewer or something, you can just go forward and watch your own process till the latest render. if you use numbers, render 10 will be next to render 1, which is wrong. but then again, you are limited to the number of letters there are.
.

Definitely much better since you took another pass at it, but as others have noticed, you need to get the basics right first.

Here’s a great resource for you - download the drawing the head and hands book - it’s terrific reference material for anatomy and proportions of the head:

@@Scotchtapeworm: oh yeah, that’s a nice way to do it. I feel so dumb for haven’t thought of that.
@@paulchambers3D: that’s a great link! I will check out all of those books

Thanks for the advice guys, as I said I am fully aware of a much more efficient workflow, and I will do that for the next human, probably going to be a second attempt at doing a self portrait. This one is all just a sculpting test, I don’t even have plans to rig it, just going to use it for a still. So I think I can wrap it up now, moving on to Texturing and then the hair

In addition to this method, every time you go to save your image, you can hit the plus (+) key and it will increase the number by one, so you don’t have to change the number manually.