My Burb - modelling Dee Why

I live in Dee Why in Australia and have decided it might be fun to model my local beach strip made up of flats and cafes. I’m using my camera to take reference shots and also using Google earth and street view. Google earth used mainly to get the base plates the correct size.

So here is the first building almost completed, A set of units on the corner of the street. Any comments or suggestions to simplify the process would be great. I think there are about 15 buildings and they are all different. The seaward side including park and boardwalk will be done at the end of the project. 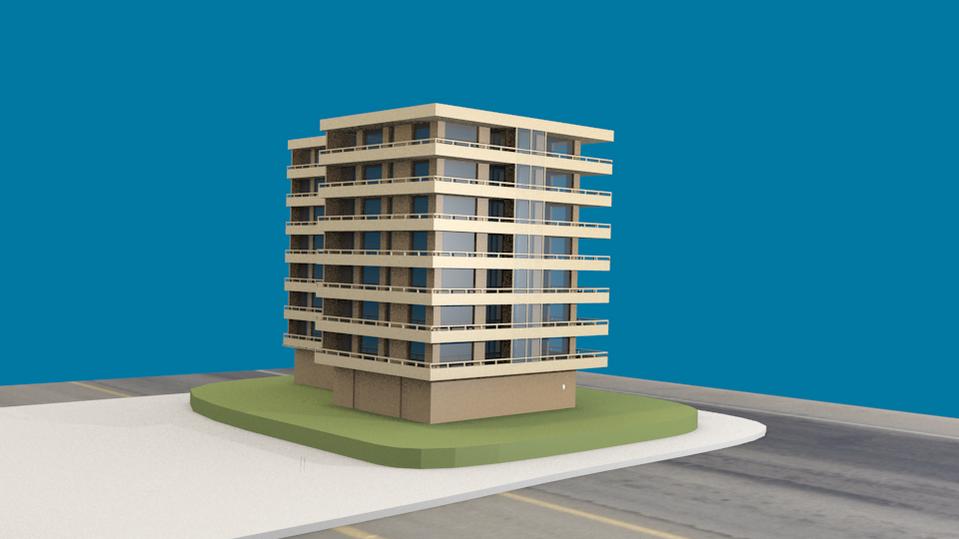 Cool, I love making buildings. I have a bunch of urban textures that I made for a city I have yet to finish, so if you need something in particular, I can most likely provide you with what you need. Some of them have raymir maps and normals maps and stuff too. Also, I would definately take advantage of the new inset tool ( add-on ), which works great on rectangular shapes but not so well on organic shapes. Also, take advantage of the array modifier, and alpha textures for things like fences that will not be seen close up.
(edit) Also, check out the tutorial on stenciling in my sig for a way to combine materials without a need for material groups.

I’m going to leave the textures till all the buildings have been modeled.

I’ll have a look at the inset tool

Here is the next building, a Thai restaurant with some residences toward the back. 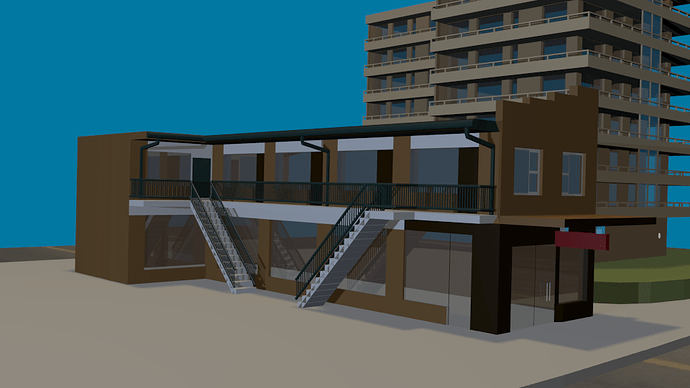 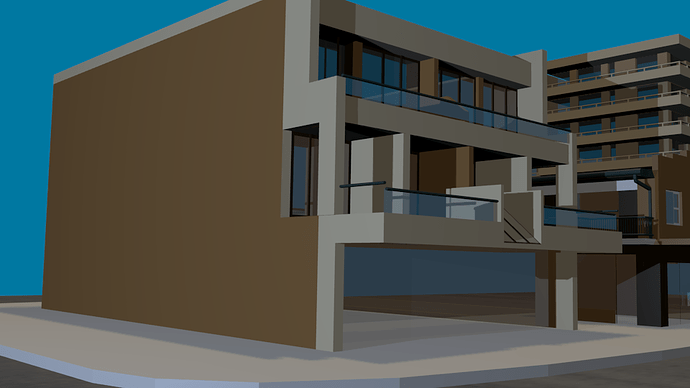 For large scenes with many different parts like this you can try linking several blender files;
I like using the solidify modifier a lot, here is a post I made on the subject:
http://blendermama.com/the-solidify-modifier-adding-thickness.html
Getting your model to correct size is a great help, working in real units will make everything get together well in the end, and prevent getting elements in wrong scale (like later if you want to add people or cars). So you can try measuring some accesible element and scale everything accordingly. meters or feet is a good way to go.
I also use the snap tool.
I notice on the stairs some artifacts, looks like you have faces overlapping there. When two faces coincide Blender renders some ugly black stuff.
Good luck with the rest!