Hi guys. this is probably my biggest & unsolved problem in Blender, other than Bend. it’s curve modifier. i was modelling a watch, but when i’m going to apply curve on its bands, this happens…it seems all of the axis were…wrong. i’ve tried all of them 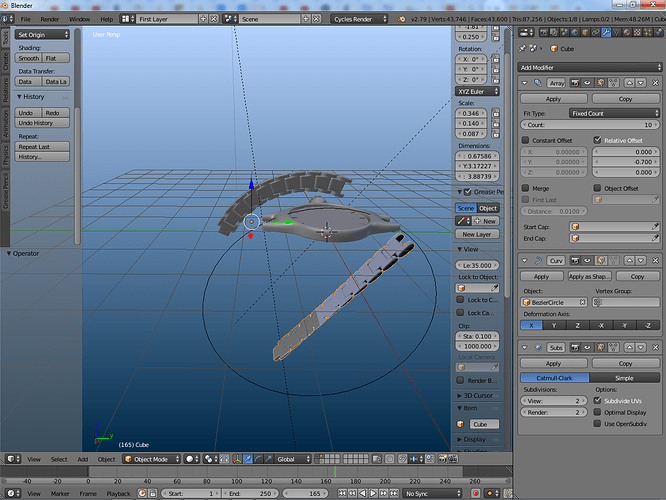 Anybody know why is this happen?

I have a feeling that it relates to the “Deformation axis”.

You have selected X. what is the local axis of the strap? And is the start of the strap should be at the center location of the circle (if I recall correctly).

Will admit, I have issues every single time I use this, and have to play around with the deformation axis, the axis of the object, and the location of the object in respect to the origin of the curve.

yup. I never understood the axis either…so happens to me everytime… what i do usually to fix it, is moving the object towards to the beginning of deforming curve. it’s In crazyspace so moves totally In different direction you think but eventually works.
There must be better way… But sadly I dont know so I just work with that. Works eventually

The origin of the curve and the mesh should be at the same location.

Edit:
Also, apply object rotation and scale of the mesh.

weird, it won’t work on mine…did i disable something?

Apply object rotation and scale on the mesh.

wait, so i don’t have to move to see them following the curve?

What do you mean?

i try to move the object before i apply it, but it doesn’t follow the bezier.

The curve modifier affects only the vertices not the object’s root.

so i have to enter Edit Mode?

No, that’s not what I meant. We don’t seem to understand each other so why not post a blend file to http://pasteall.org/blend/, that would make things a lot easier.

sorry, i have to upload the file, i still can’t get used to that site

And let’s quote my first answer from yesterday:

The origin of the curve and the mesh should be at the same location.

If you want to deform the middle part as well, this topology will result in ugly shading. This is only acceptable, if it is on a flat surface 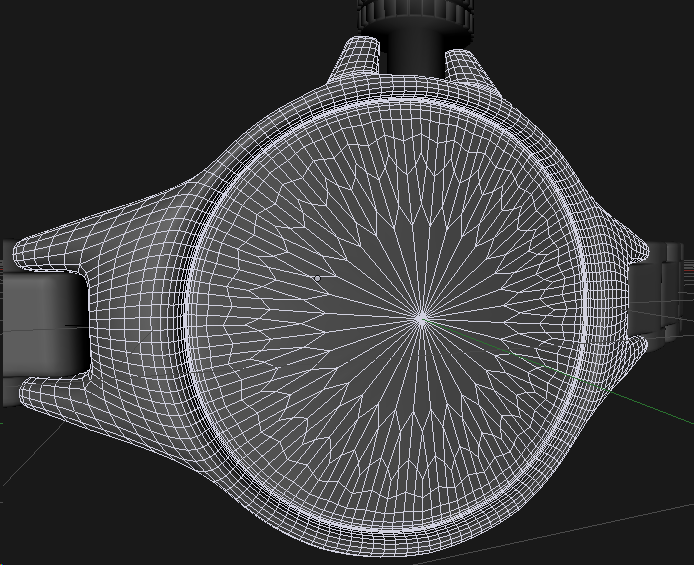 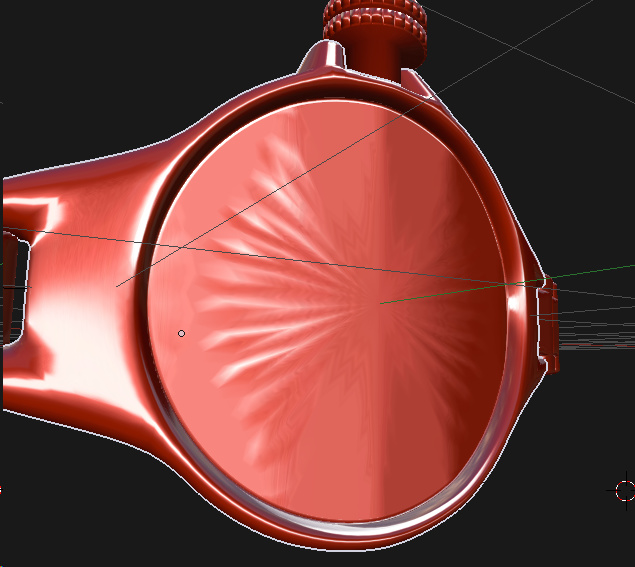 so you’re saying that the curve remains unchanged after we add it?

so you’re saying that the curve remains unchanged after we add it?

The form of the curve doesn’t matter, can be closed, open, twisted, modified if any way you want, just put the origins at the same location, that is the only thing that matters.

The objects have unapplied scale, which is also non-uniform. Some also have unapplied rotation. Ctrl+A for the apply menu. Those will be confusing with modeling tools, modifier settings, and non-uniform scale will be a problem if you UV unwrap later.

If you apply the scale to a curve though, it transfers that to its radius, which also needs resetting afterwards. Or, disable its influence from object data properties of the curve, if you don’t deform the mesh with curve radius.