Ello matees! This would be my first character modelled after myself for a game that I am currently scripting out (real major goal setting here, I might even post to try and get a team together!), for censorship purposes it’s just the top portion. I’ve never done a character before, I’ve screwed around with some autos that I placed in Grand Theft Auto: San Andreas, I learned to do those at GTAForums.com with Zmodeler, then I have my own knack for modelling autos that I have released into Blender, have a look at some of my work and keep in mind that these are works in progress, I am new to Blender so I’m stilltrying to figure out what exactly it is that I’m doing 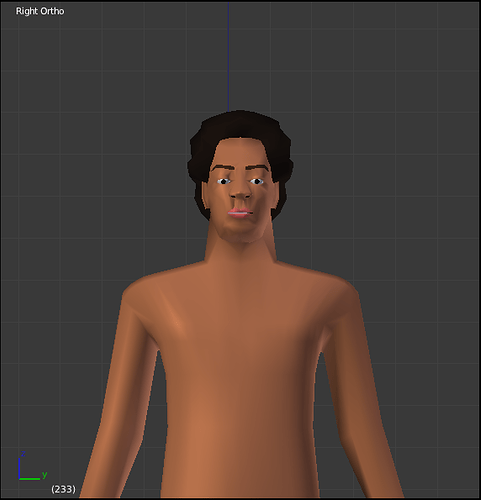 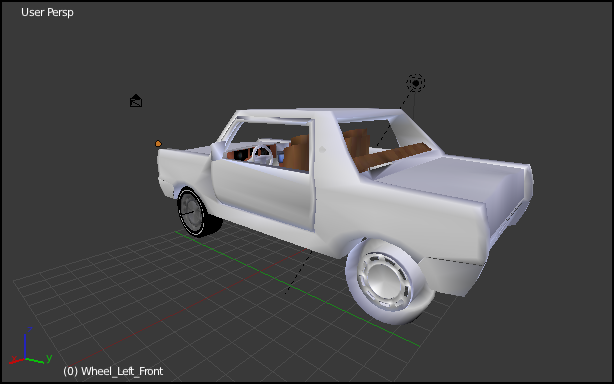 I think you should give him some indication of a collar bone to break up the starkness of the torso.

Keep in mind that it is my first, I didn’t want to get too elaborate, I just wanted to get the basics out of the way, in the future I would probably get more into details, this is the model without the textures on flat shade :eyebrowlift: 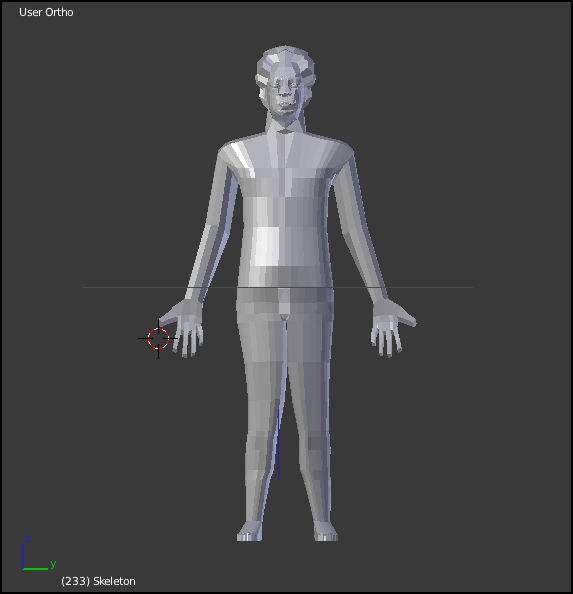 There are a couple issues with your topology that you could improve. See how there are all these long thin polygons? That can give you an unsatisfactory render, depending. Ideally, a mesh should look more like a net, with the squareness of the polygons being somewhat consistent for most areas, and the edge flow reflecting the form of the model. Take a look at some of the wireframes of experienced blenderers, they will all have this characteristic. It will give you some ideas about how to improve your topology. And if you decide to mess with it some more, check into the retopo tool, which is really handy if you already have a base mesh like this. Also, before you rig him, be sure to put edge loops above, and below his elbow, or he will not deform properly.