My first ever model test

Here’s a test I created with the use of the lizard tutorial found from the tutorials section. I will probably add eyes as well. Tell me what you think. 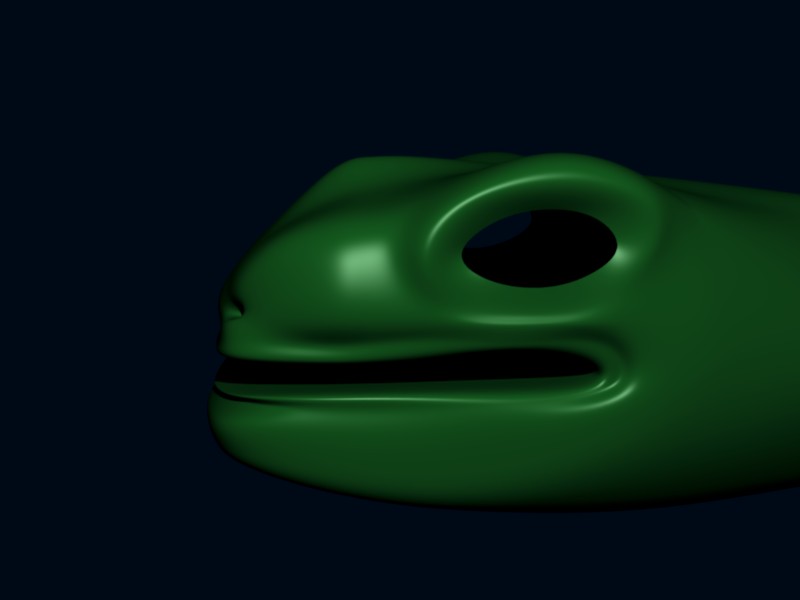 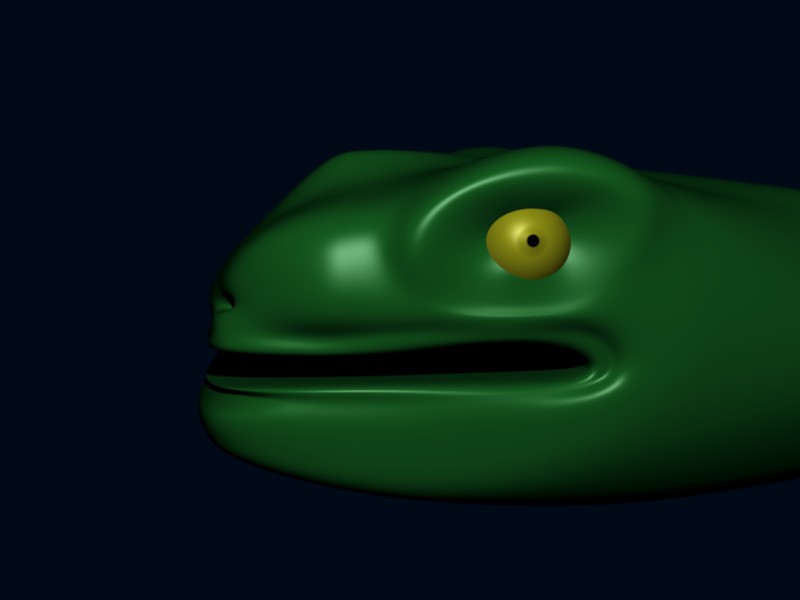 Heeeelllo, there. Welcome to the world of blender. :]

That’s pretty good for someone’s first project ever. Better than mine, I just opened up blender, went ‘asdsgfkajsd millions of buttons’ and just about had a heart attack.

No seriously the model looks pretty good…
Keep up on blender…

The latest update with added teeth: 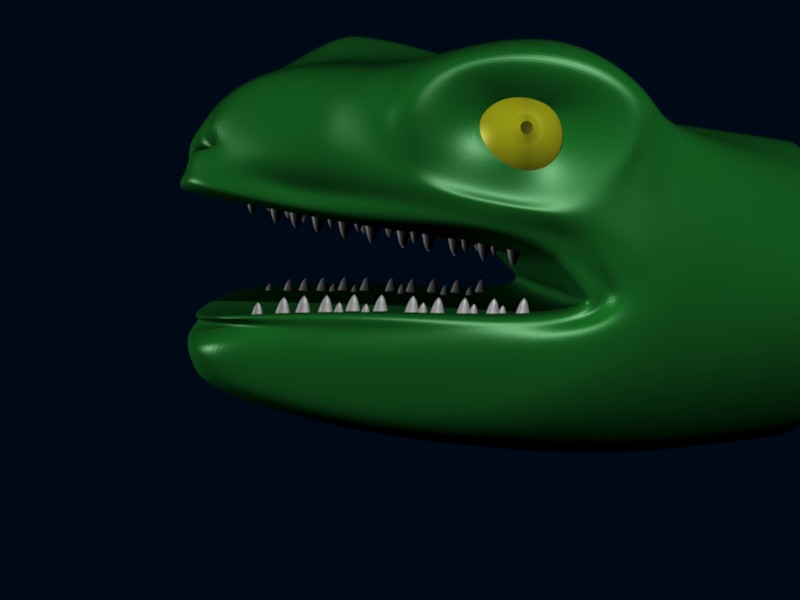 looking very good for a fisrt model. CAn you show us a wire in edit mode?^^

Congrats, the model is nice. I notice that some small faces can be seen, I guess that you didn’t set it to smooth, and you subsurfed a lot to compensate it. Click the ‘set smooth’ button in object mode (or in edit mode with all faces selected), and lower the subsurf. The result will be the same with lower render times & memory usage.

Btw, lizards don’t have teeth. :rolleyes: It must be a mutant lizard… a dangerous one

Well, I ofcourse intended him to be a mix of a monitor lizard and a T-Rex. See the Jurassic Parkish bump that forms on his snout? That was inspired by the T-Rex of the said movie.

As for smoothing, this is mainly a model I use for testing and learning the different functions of Blender, so I’m not planning him to be all that detailed. The bump maps look delicious on him, though, to say the least. I did rise his render level a notch after taking this, just to mention.

I’ll see what other fun I can come up with Lizrey(the nickname I gave him).

Good job, dude. Well, my first Blender command was Render Animation. (by that time I didn’t know what render means

). So I sat and enjoyed the blue screen. But gee… Your 1st project shows that you will succeed very quick. Cheers!