So I finally opened up the sculpt mode and tried it. This is also my first try at an organic model. I havn’t used any reference pictures, but I was looking at my own arms and shoulders for that part. which is probably why it is the only part that even resembles a human.

So the main reason I’m showing this is because I have a few questions, but I’m sure there is more that I’m missing besides these.

How do you make the base mesh to sculpt? I made it with meta balls, but the topology, :o… and I forgot to put in fingers or toes.

I can’t get the head to look like a face at all (I’ve redone it several times), is this in part because of the topology, or is it purely my ineptness?

How would I go about fixing the topology? Do I need to start with an entirely new object and box extrude using this as a reference, or is there a better way?

Finally, Is there a better way to mirror a model for sculpting? I used the mirror modifier but I’m getting a lot of seams and errors, and can only work on one side of the model.

I plan on getting a reasonably well made human if even if it takes me the rest of the year, any help or comments would be greatly appreciated.

You could use the retopology feature of Blender to create a new basemesh on top of your existing and use that for further sculpting. A quick way to start retopologizing would be to create a new plane (Add->Mesh->Plane), enter edit mode, press f9 and in the mesh section turn on ‘Retopo’. Now move the newly created plane down over your existing model in a place you find appropriate to start building your new mesh from and then just extract edges and create new faces. Any topology you build now will ‘stick’ to any geometry beneath it (in this case your sculpted mesh). As for mirror in sculpturing, you should use the ‘symmetry’ buttons in the sculpt section (at the bottom) instead of a mirror modifier.

Thanks Romeo, I didn’t know about the Retopo tool.
Well I just saw the new human modeling contest and I think I’m going to go for it. (gotta learn to swim somehow, mine as well jump right into the deep end.) So this model is kinda obsolete now I guess, but I have already learned a lot from it and will mess with it over the weekend. I just need to start over on monday when the contest officially starts.

heh, it’s amazing what a few tutorials and a bit of practice will do to a model. I have completely restarted from scratch, but I didn’t want to bother making a new thread for essentially the same thing.

The main thing I’m posting this for is critiques on shape. but the hand/toe topology has been giving me trouble so I’ll post that up as well.

I’m not to proud of the linked “sausages” look the back of the fingers has got going, got any hints as to why it looks like that? 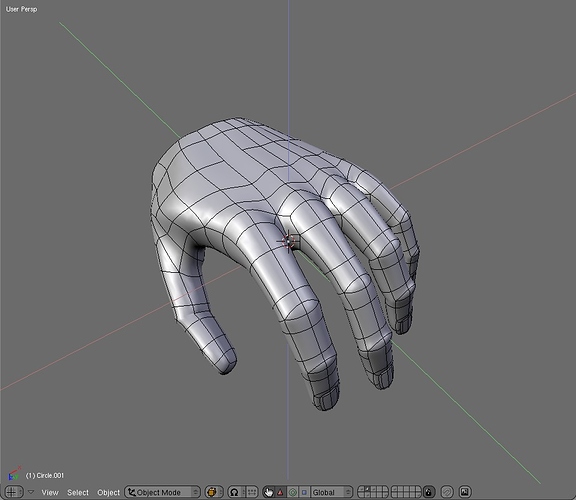 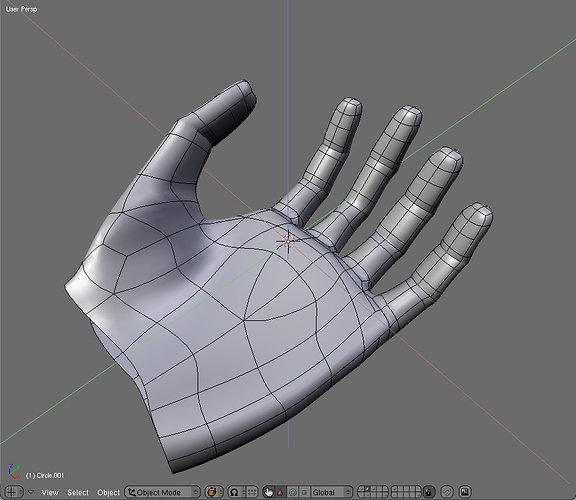 wow, massive improvement!
just wondering, but what tutorials did you look at?

hmm… now that I think about it, I don’t know that I actually followed any particular tutorials… maybe glossed over what ever I could find free on the net, but I went more off pictures I found with happy looking topology in them. That, along with a lot of staring at myself in the mirror, which is why I want some critiques on the shape, because after that much detailed self examination I decided my body is kinda ugly.

Does anybody know of a good place to find muscle anatomy and more specifically hand anatomy pictures? in particular the sub-epidermal views, I have all the surface views pretty well sorted and attached to my person.

I should be getting back into my own sculpting project over the weekend myself. I am currently studing my anatomy using George Bridgman’s “Constructive Anatomy” I would recommend that book or Stephen Rogers Peck “An atlas of human anatomy for the artist”.

The vast majority of the muscles in the hand are pretty hidden the ones you want to pay attention to are the ones making up the mass of at the base of the thumb, the interrossi between the thumb and the first finger and the adductor muslce on the outside of the little finger.

P.S. Andrew Loomis’ text on drawing heads and hands is also worth checking out.

I have to say the hand looks like its coming along nicely - and that’s a hard one to work with.

I guess I really can’t stick with one project, or for that matter, even update this thread in a timely manner. :o

I actually did this a while ago and then didn’t update as I got busy with other projects. This kinda turned into a topology experiment, so I’ll provide a quick preview of what the mesh looks like. The head is actually a recycle so I already know that the topology on it isn’t very good.

Does anybody have some links to good rigging tutorials/explanations? I downloaded a few of the rigs that are floating around, but sadly, I’m still pretty much at a complete loss as to how they work. I’ll post whatever I find shortly, but I’m wanting to get this model rigged so I can see where the topology needs adjustments and so on.

C&C on both shape and topology would be very much appreciated.