I saw this bench at a park today and had a go at recreating it in blender.

I think it turned out pretty well. Con Crit only please, NO HATERS:eek: 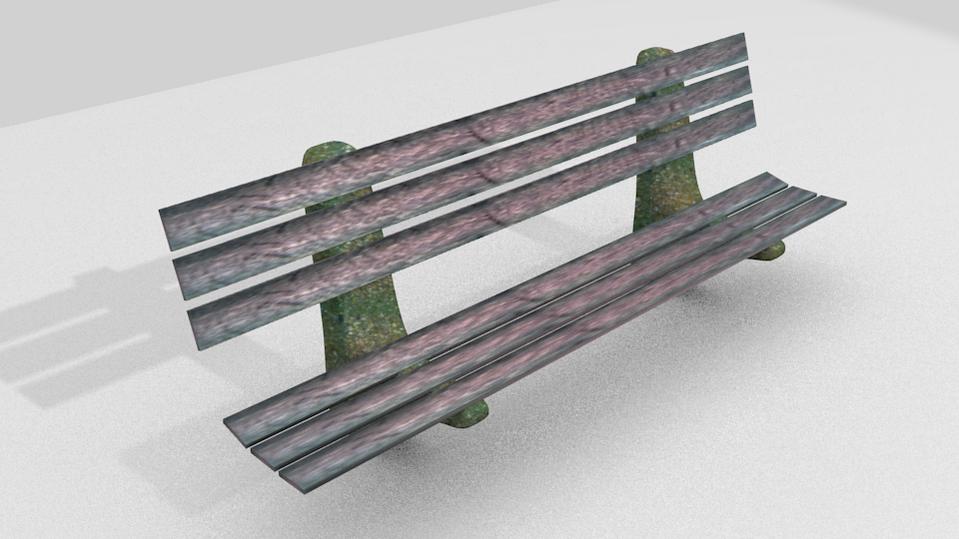 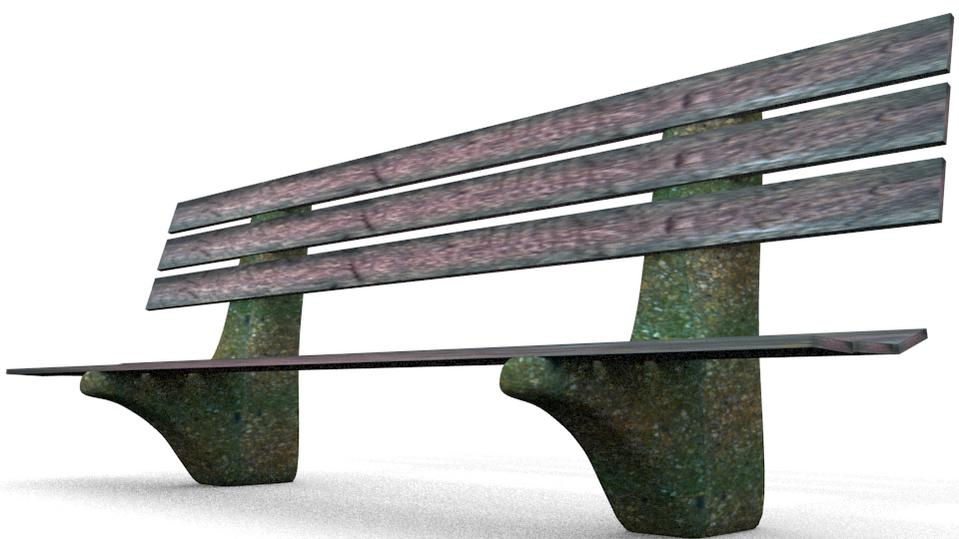 Now, what if you went back to that park with a digital camera and took a photo with a normal lens. Put that as the “backdrop” of the 3D window and, by positioning the camera and setting the f-stop to a normal (not wide-angle) setting … see if you can actually superimpose the two.

There are a couple of details that you might review on this one. For instance, it seems that the right side of the boards are attached with bolts, but those on the left are not. The bolt-heads as seen in the left-side render do not seem to match the (curiously blurred) bolt-heads in the right-side render.

I think that it’s quite good that you arranged the lighting such that the bench casts a shadow, and I also think that it’s good that we see the edges (walls) of the space, with the walls being of slightly different shade than the floor. The cropping is good, as is the overall composition. The objectionable “fish-eye” wide angle distortion that you often see in such pictures is not present at all.

You could, of course, “fiddle with the image until you are thoroughly sick of it,” if you aren’t so already. But I don’t see any point in doing that. Nicely done.

I do have a reference image of the park bench with the backdrop so i’ll give that a go.

As for lighting it is just one inverse linear spot lamp with an energy of 1 and enviroment lighting. Ambient occlusion also present. The walls being a different color to the ground was purely accidental and i spent about an hour trying to fix it but gave up. Turns out it looks ok.

As for the bolts. I hadnt noticed that. I dont think it is bolts but a knot (i think thats the term) in the wood. I will try add some bolts to it.

Thank you very much for your comments sundialsvc4

The repeating board texture could be improved. Just about any old wooden structure can yield good wood textures, and you can add nails and stuff in blender.

Yes, the only problem I have is the repeating wood, mainly because of the knot, and the gash near the middle.