While I have done the Mastering Modeling in Blender course and a personal sculpting challenge where I did a few “characters”, I haven’t taken a character all the way through modeling, texturing, rigging, and posing. So I’m going to spend the rest of this month doing just that. I’m following along with a course by Jonathan Williamson, the Introduction to Character Modeling course, over on CG Cookie, but I’m using my own modeling sheet as a reference. I think it’s slowly starting to come along.

Here is the latest image in this WIP: 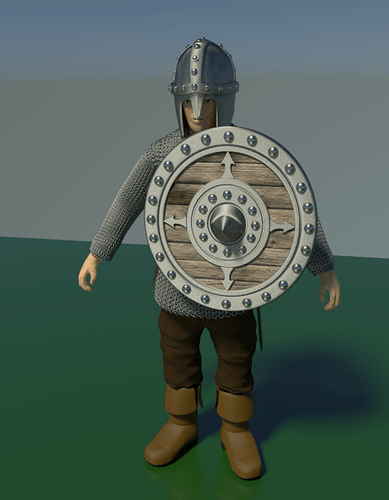 I started this project on July 7, 2015, and my goal is to have this done by the end of the month. If I put in the planned 2 to 3 hours a day, I think this is achievable.

Here’s the first image of the basemesh. While not perfect, it’s merely a starting point. I tweaked it some after this. 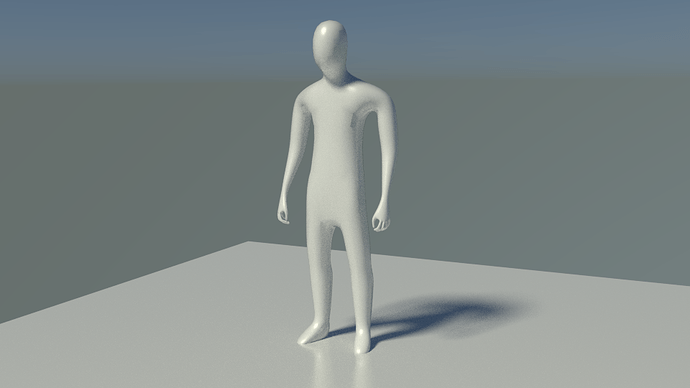 After tweaking the basemesh, I started separating the parts, like Jonathan does in the tutorial. With just a few tweaks, I can already see this starting to take shape – and we haven’t even started detailing or doing sculpting work yet. 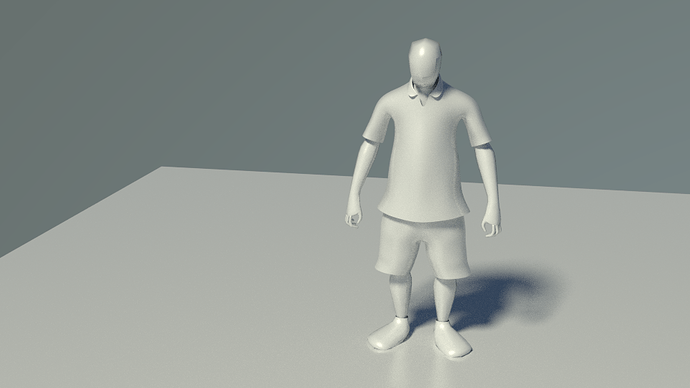 Good start so far! Looking forward to seeing the progress!

Well, I don’t know where Jonathan is going with the sculpting and detailing part of that tutorial, but what you have right now is a good cartoon character. Depending on the texturing, he could be anywhere from late teens, early twenties to up into his 60s or 70s. Bit of a couch potato, but likes the outdoors. In fact, if you stick a ball cap on his head (bill facing forward) he’d be an excellent cartoon of most of the ex-pat American and half the middle class Mexican men wandering around down here in Baja Sul.

Orinoco, the tutorial I’m following along on is the one where Jonathan Williamson did the pilot character in the Intro to Character Modeling tutorial that went along with the airplane from the intro to hard surface modeling tutorial. While I’m following along with the tutorial for the “how to”, I’m using my own modeling sheet, so I’m actually doing a different character than the one he’s doing, but using the same steps.

On another note, one thing I’m noticing is how horrendous the hands look. Almost to where I want to say to heck with it and just try and fix it in the sculpting stage. The mesh is so messed up it might be better there., especially since I’m planning on using dynotopo anyway. 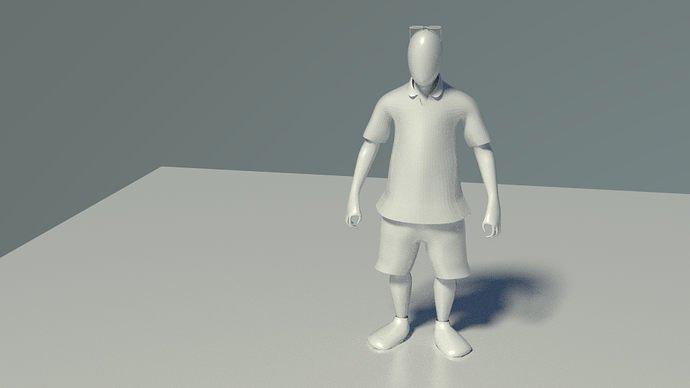 Mainly minor tweaks on a few pieces and added a pair of glasses. The hands are terrible, I know. I’m hoping to find a way to fix them in the next stage. Otherwise, really like how this is going.

Did a little sculpting on the head, mainly to get general forms in place. Forgot to add the eyes. I’ll do that and a bit more detailing on the head next. 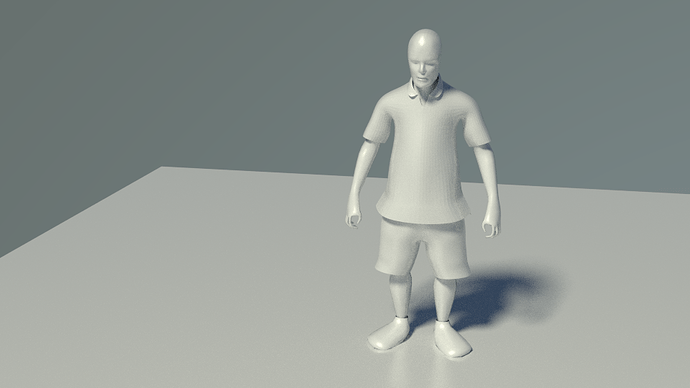 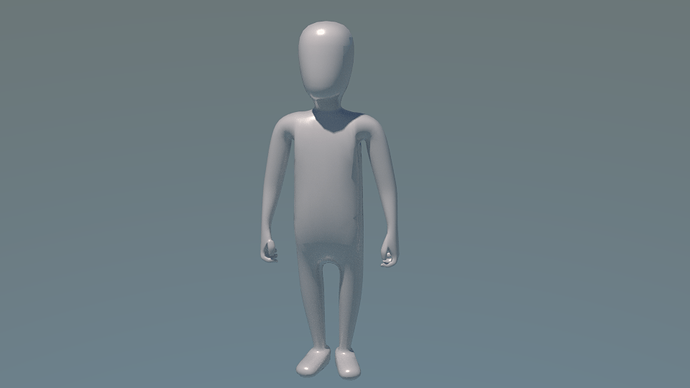 Since it was later than I had planned to start working tonight, I thought I’d do a quick basemesh in about 30 minutes… Instead, I wound up spending over an hour. But I think this basemesh of a younger character actually turned out better than the first, particularly in the hands. I’ll get back to sculpting on the other tomorrow, but I’ll take this one through the process as well.

Added the eyes and ears on the the sculpt for my character. A few other minor tweaks as well to get the overall shape. Not going for something completely realistic, but rather slightly cartoony. Can’t wait to see what this looks like with all the details and hair and texturing added! 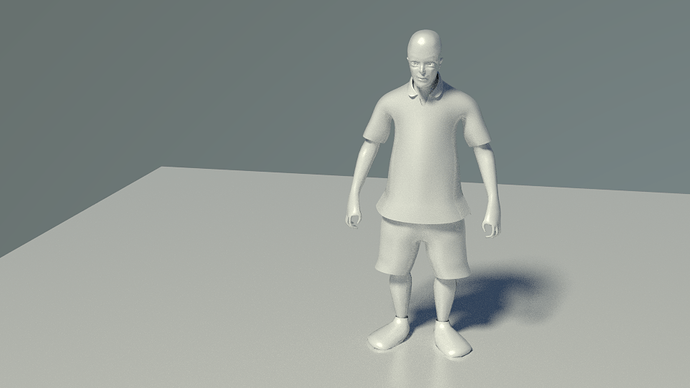 The hands look much better after the sculpting stage. Much of the work was done tweaking the messed up basemesh, but that went much easier than I expected. I could do more, but I think this will work for my first attempt on a character, and I can clean things up a bit more in retopo. 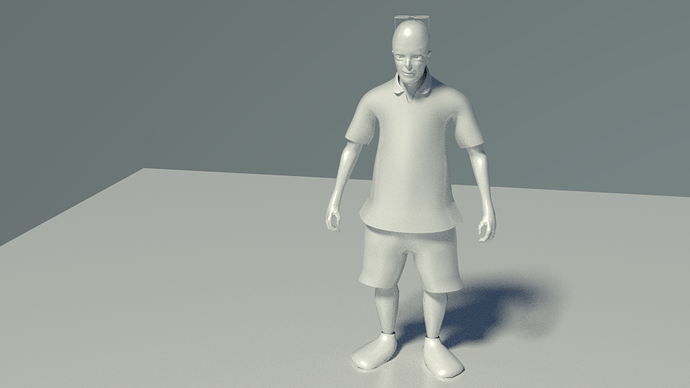 Realized I missed the eyebrows from the head sculpt, so I added that and some facial hair. Sculpted in the wrinkles on the shirt. It’s amazing what just adding in the wrinkles do to making look believable. I think this is only my first or second attempt at doing wrinkles in cloth. 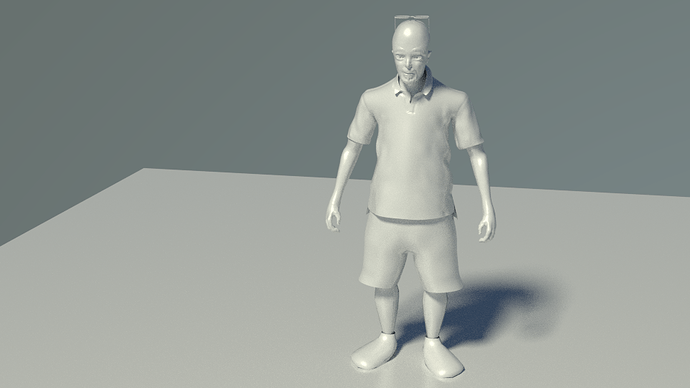 Really like how this character is starting to come to life, overall. Did the shorts here. I hinted at the overlap for the upper pockets and zipper, like Jonathan Williamson​ did with the pilot character on the CG Cookie tutorial. The pocket flaps could use some work, as well as the overall wrinkles. That’s one area I need to practice some. Overall, though, for this particular character at this point in time, this will be fine. I had to fix the shirt to cover the rear pockets, but otherwise, had no major problems experience can’t fix 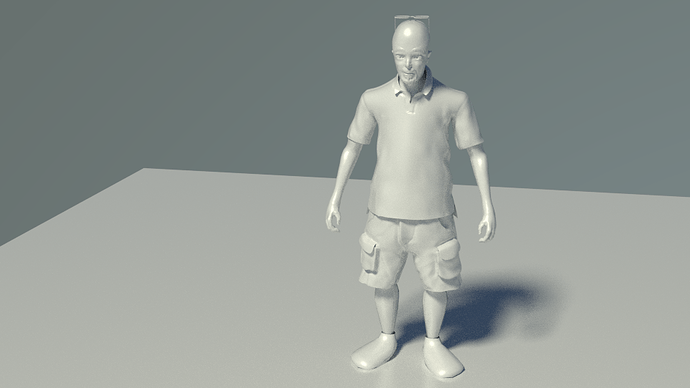 The folds on the clothing look random. Fortunately, there is a ton of references for folds in clothing for 2d artists, almost all of which is applicable to 3d. Use search term “drawing cloth folds” or “draw fabric folds” or something similar.

Thanks for the input. I haven’t done a lot of sculpting of cloth, so it’s one area I know I can use input on. With the shirt, I tried to follow a couple of reference photos that I found. I did so a little with the shorts, too, but not to the same extent. Also, with the shorts, I was using my mouse, rather than my tablet, so I think things are a bit straighter than they should have been, which may have given the more “randomness” to the appearance, but I was trying to have the wrinkles go between the pockets and the inside leg seam – one thing I noticed in several references I looked at before doing this.

I know there’s lots of room for improvement (which I may go back and do), but I think it’s fine for a first attempt and as a learning experience.

I probably would have modeled the shirt a little differently before doing the sculpt, too, based on what I know now. That split didn’t quite do what I wanted it to do, but that’s because I didn’t model it correctly in the first place. That’s an error from a lack of experience because I’m doing a different character than the one in the tutorial I’m following. Still, I like how things are going for a first attempt at a character.

Minor changes prepping the feet for sculpting and adding shoes. Also added thickness to clothing, which I think I may should have done before the sculpting stage. 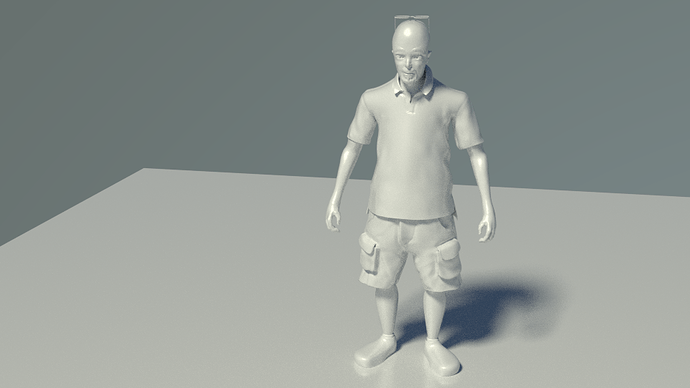 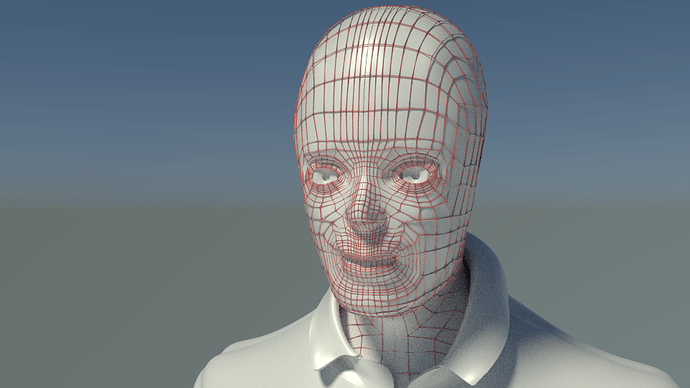 Retopoo on the head for the character I’ve been working on. I started this with RetopoFlow, but eventually switched to manual. Some of the density is because of that, though around the mouth and eyes, I was trying to prep it for rigging some as well as giving some of the forms more definition.

I believe I have all the proper loops in place… Racoon mask, eye loop, mouth loop, nose loop, mouth to nose loop, and loop from chin to top of head. I even have the neck loop. Should be able to do most of what I need to do. Don’t think I have any 6 pointers, but if you see one or something else that might not work like I expect, feedback is welcome.

Watched Jonathan Williamson​’s facial topology from the CG Cookie​ archives before redoing the retopo by hand. After I posted this, I sharpened the corners of the mouth. About 100 - 200 verts fewer than the one I posted the other day, mainly along the center line, and more even quads throughout.

Now to retopo the ears and polish the face. 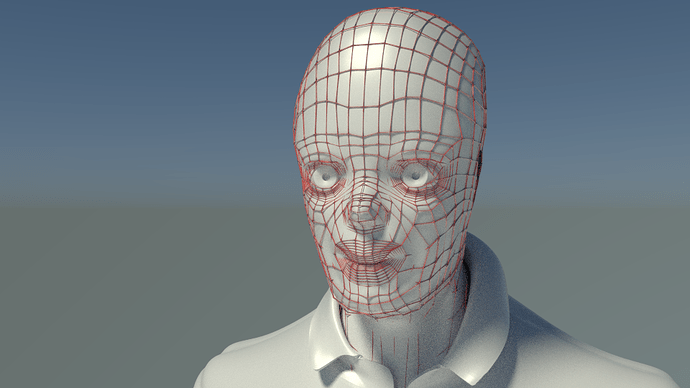 You have made a lot of progress here, well done.