This is my first ever attempt at a scene in blender, I’ve toyed with it off and on, but never done anything really serious, I’ve spent more than a week tinkering with this and I want opinions on the textures I used. I’m more or less satisfied, but am unsure if things are the right size, both textures and objects. I tried to go off the original image, but I also used some creative license. The original image had no tables, but it gave me the impression of a restaurant, the P was a V, I thought it would be a fun way of signing the work. I intend this to be kind of creepy. I wanted the glass to be frosty like in the image, but couldn’t get it exactly right. I’m really pleased with the table cloth, that worked out better than I could have hoped. The boxes were all hand made rather than using some sort of modifier. The trash on the floor (I will add more smaller bits later) was used using the cloth simulator as well as the table cloth. I also want ideas on how to get the ceiling and floor to look ruined, like with beams hanging out, and wallpaper or other things hanging down, coming up off the floor etc. I am using cycles, and my final want is to know how to get rid of the fireflies? Edit: This is still very much a work in progress. 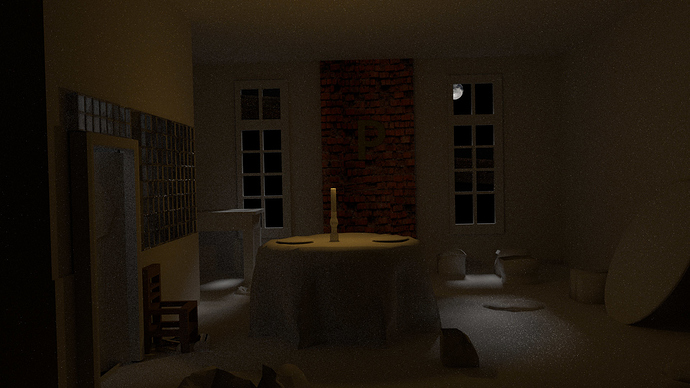 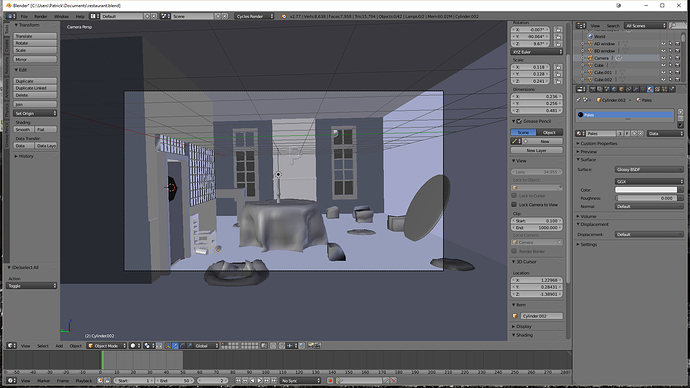 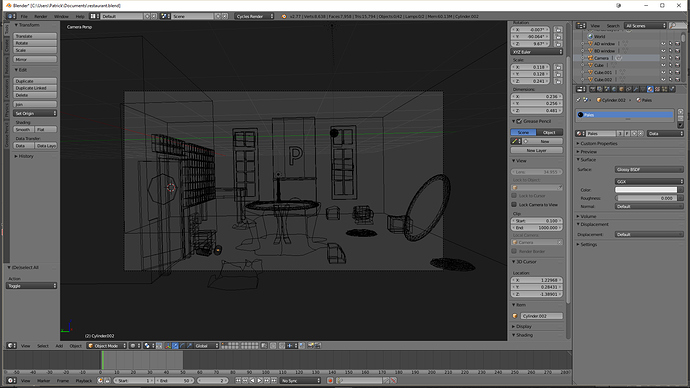 nice. good attempt. keep it up. there are some mistakes but you will learn with the passage of time

You are on the right track with realistic textures in your scene. I’d really like to see the entire scene textured and rendered.

If you have light from outside entering through a window, you can reduce noise with light portals. https://www.blender.org/manual/render/cycles/lamps.html#render-cycles-lamps-area-portals

Also, there is a slight tilt to the camera, if this is intentional you may want to make it look intentional, tilt it a little more or it might look like a mistake.