I’m working on my first simple narrative first-person story driven video game (is there an acronym for that?). All of my modeling is done in Blender. It took a second to get a hang of–as things do–but once I got the UI and tools down, I love modeling in Blender. I’ve been using only 2.8.

The game is centered around an eccentric painter.

I’m using Unreal Engine. If you are new to 3D, I highly suggest you put some time into learning world creation and model importing into UE4. It’s free, it’s a fantastic game engine, and it provides really great feedback on your models and materials. 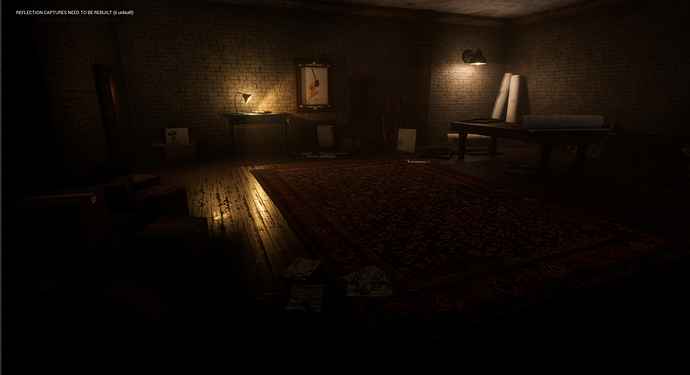 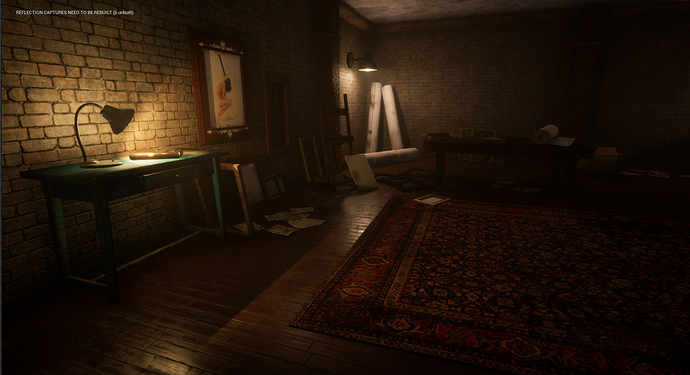 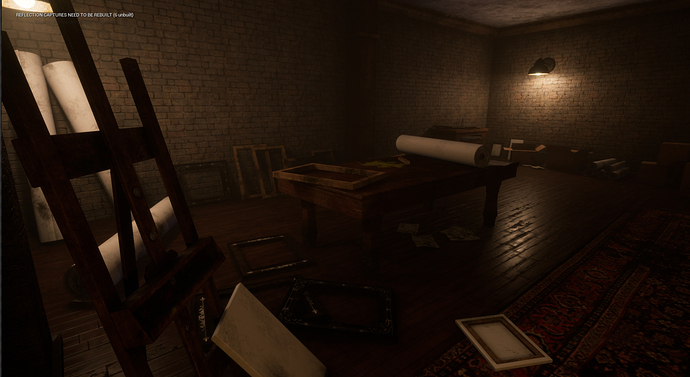 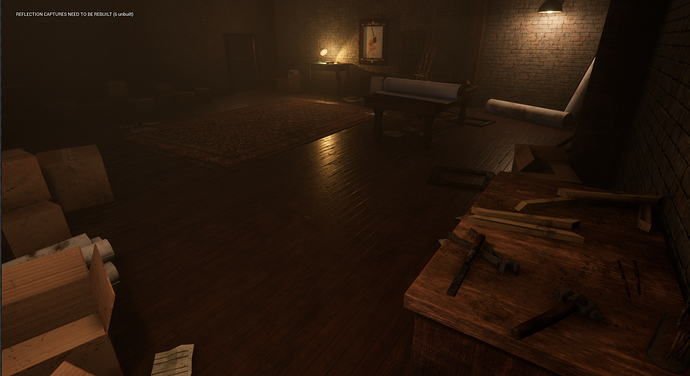 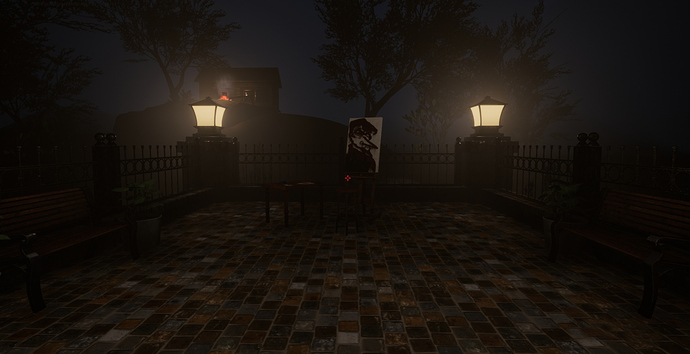 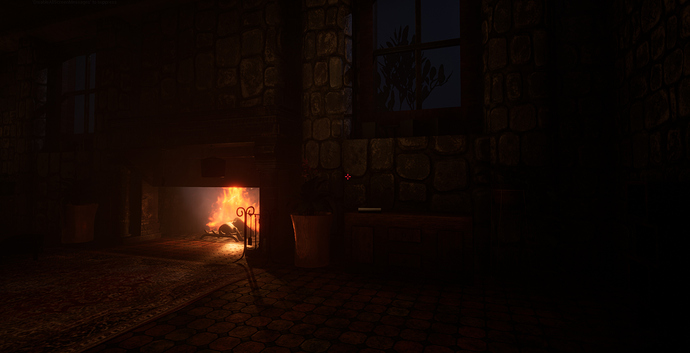 In the third image, the wall on the left looks a little off angle. Or, I might just need a new prescription for my glasses.

I’m working on my first simple narrative first-person story driven video game (is there an acronym for that?)

Though originally an insult, this has come to be often used non-pejoratively by many, as just a handy name for the genre. “it’s a walking sim” captures the essence concisely, that it’s a game where you wander around an environment, following a hopefully interesting narrative story.

Basically, a first person novel, if you prefer something less intrinsically meant as an insult.

(But, hey, this type of game isn’t the only medium with an unfortunate name. For example, “comic books” or “comics”. Well, yeah, originally comics were intended to be comical - three panel strips with a punchline, for the daily newspaper - which is where the name comes from.

But it’s now really underselling the medium by having such a useless name. And, similarly, “walking sims” will probably always be called “walking sims” by many, even though this also undersells a quite different medium to anything else, which can deliver a narrative in a way that nothing else can.)

Thanks! I think maybe the pillar on that wall creates that illusion. It look like the smaller wall segment is at a slightly different angle…

I’m a big fan of the genre–Gone Home, Edith Finch, Fire Watch, Tacoma, and more. I really love to take my time exploring this genre.

I am in the film industry, as well as VO, so this is a perfect genre to grab my friends and make a short hour or two long game, and improve my skills all around.