I know this is the bare bones of a WIP because I haven’t even finished just constructing the basic body yet. But this is my first model other than the dude with the hat in the wiki tutorial and even though I know she isn’t perfect, she’s coming along better than I thought she would. I know most of you could do her start to finish in a few hours or maybe a day or two. But I’ve been working on her for 4 days. lol In case you don’t recognize her from the waist down, I’m using the Joan of Arc tutorial but my sister and I call her “The Gap”…Any guesses why? lol Anyway, there’s just something about this that reminds me of an ostrich and I can’t for the life of me figure out what it is… 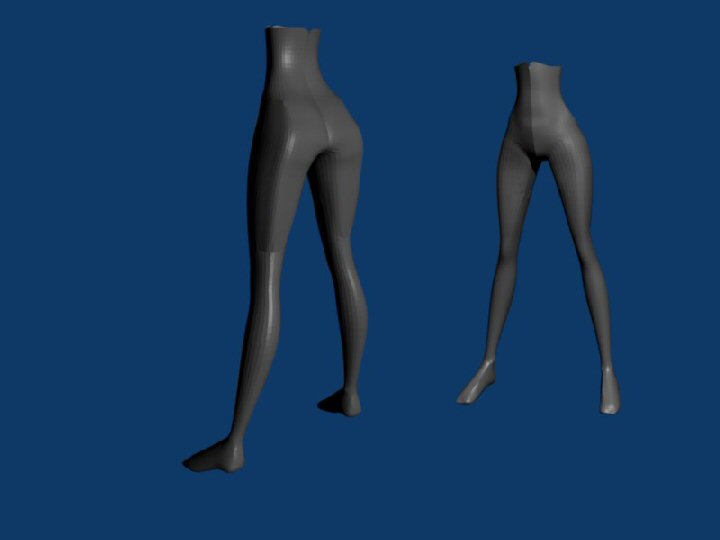 Anyway, there’s just something about this that reminds me of an ostrich and I can’t for the life of me figure out what it is…

her butt is sticking out a lot, like how an ostrich’s neck and head is bent back.

No comments other than finish it.

I’d say the waist is a bit too narrow. Pull in the stomach a bit. Upper tighs, at the back, could move a bit in, to give the butt a bit more shape. Hope you understand the last bit.
Leave the gap though…