Here’s my first face, used the “A better face tutorial”. And it’s ofc a girl, isn’t she pretty? just kidding:spin: tell me what you think! 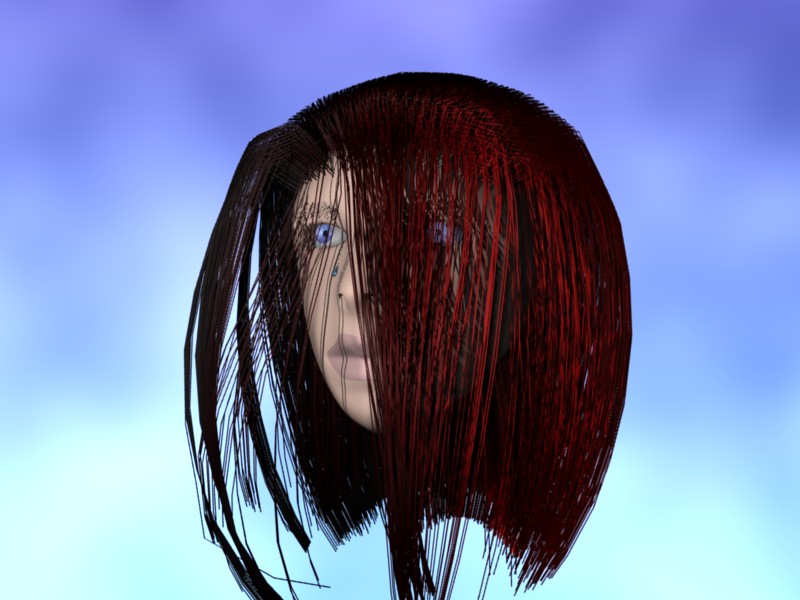 I think the hair… well… suck

As for the face itself, it isn’t too visible. But you’ve done alright with it. Only nose look very strange.

Not bad as for 1st face.

Well that kinda rude Nebular, if only you not talk like cave man maybe you have nice thing to say… :no:

Anyway, Vivid, the hair is kinda, out there, but hey, its a good start, I would recomend you put this in maybe the Focused Critique forum and try to build and improve on what you have started. :yes:, but even if you dont do that, at least post the face without the hair so we can see the modeling!

As you asked for here’s the model without the hair in the way, you might wonder why i keeped the bad hair. Well the truth is the modell isn’t finished yet, and i don’t think i will, cuz I’m not that good yet to fix this. Because it look really bad. Well atleast you get to see the face, and I know the lips are a bit to big and the nose looks a bit wierd, and the “crease” going through the face, but there might be room for improvement. And btw, does anybody have a tutorial about how to make hair, atleast how to make better hair then I have now.
Tell me what you think! 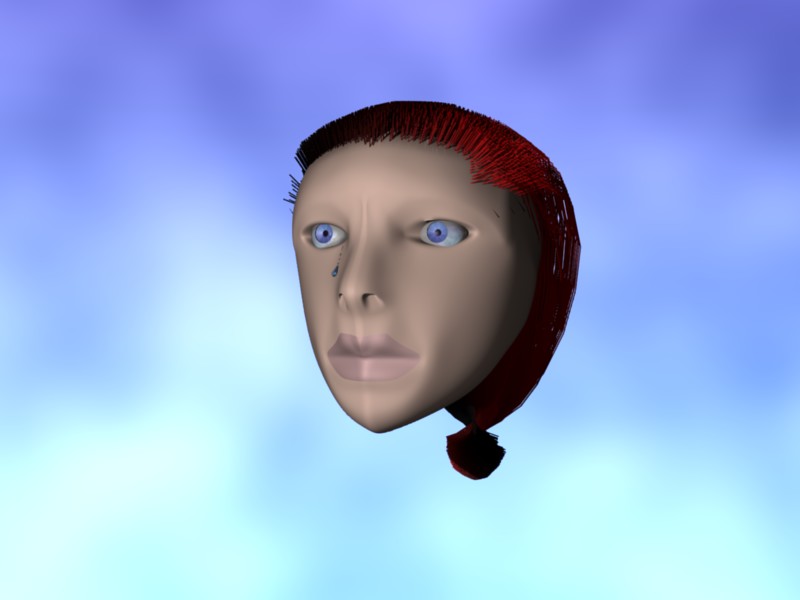