hehe… I made my girlfriends face in the last 4 hours

tell me what you think! 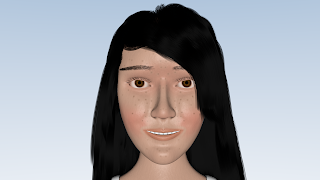 according to " coach outlet News " reported on the 25th , the University of Tokyo, the capital of two seniors in a " dinosaur sister Protection Society " in the name of the street making them strong as "the Ugly " the public have complained , the school under the strong and has two students on the " Expulsion . "
In order to quell public outrage , while two college students in the coach bagsschool 's official website posted a letter of apology , said that she does not consider the feelings of those who were shot was very sorry . However , local people still can not accept , the school and of the unbearable pressure, the final decision to drop action against two students , male graduate students associated with music also sentenced to one month suspension .
Tokyo Metropolitan University said that the two design students in May during the Tokyo Shibuya , Shinjuku and Tachikawa City to strike up passing through Beijing from that " just ugly enough , " the girl said because " dinosaurs Endangered Species ", so to Make a photo album will be followed by their disgust filmed uploaded to video sites , the two also said that it is purely for fun .coach handbags cheap coach bags

Yea, but take my advice, never make your partner(wife, girlfriend…) because if you make them look terrible, there will be a HUGE scene.

hehe… ye… but u can do some good as well

my girlfriend has braces you see

she doesnt like them… so i dont have to make them!
thanks for the replies!

and i see that that was your first post? welcome

I have shown her

she really liked it… we compared it to a pic of her and saw there were a few things that were a tad off… heres a new version. 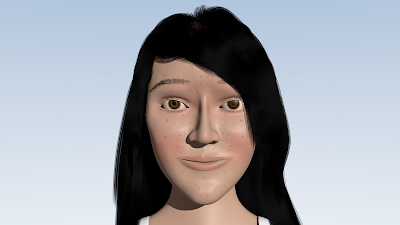 this one turned out ok though i think

Have you tried using sss in the materials tab?

Looks pretty good. I would add some SSS which would make the skin look a lot better. I would also try to make the hair a bit lighter so it’s not completely black.

Here is a good tutorial on skin with SSS:
http://www.foro3d.com/f227/skin-shading-using-multi-layered-sss-77135.html

Nice job. Now take it from an old man, create a short movie of her doing something fantastic, like rescuing a treed cat, or pulling a small child out of traffic. She probably will love it.

thanks for the link freethinker! i will defiantly check that out!

haha yes tommy that would be great!