So… I have not created an animation… yet.
This is the story of a young robot who , after all humans have died out, comes across a small waterfall. He has never seen a waterfall before, so, of course he’s curious. But… when he leans in to touch this weird thing, he ends up damaging his arm. This means he has to find a new arm. so he goes back, many miles to see a robot known as the “arms dealer”. But the only arm there is far too expensive. So he goes around his junkyard trying to find a new arm, he ends up trying everything there, he finally finds an arm that works… Then his other arm breaks.

I have started with the character: 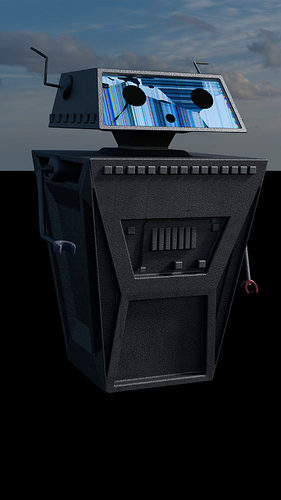 I also have a test animation:

Let me know what you think 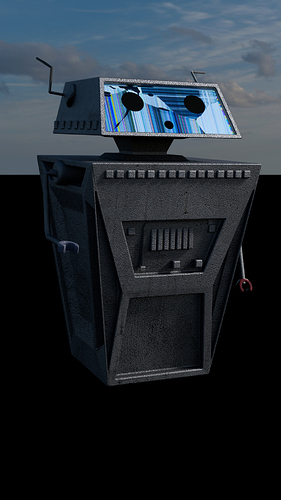 I Haven’t Posted since last year…
sorry about that, just had to do it.
Anyways…
I’ve worked on the enviroment a bit, and retooled the story, so instead of his arm getting shorted out (because what kind of robot is not waterproof?) he tries to pull something out of some rubble and loses his arm. 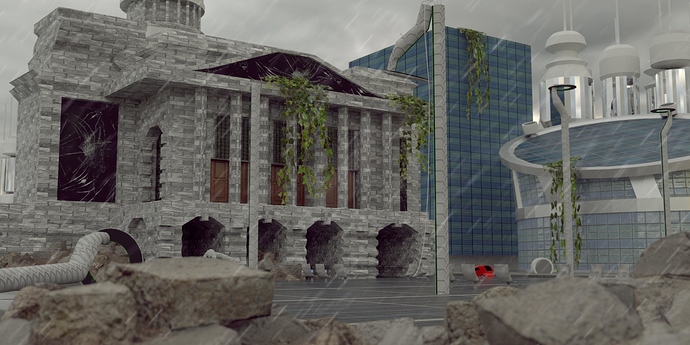 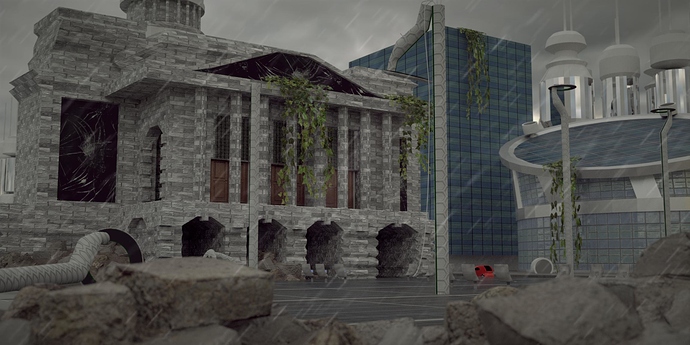