My new character in action

This is my new character in action.
Im realy love Lara Croft.

Looks pretty good. CZ servers always cause such a slow download for me so thanks for the mirror on the video.

Ouch on the textures, though. Photographs for textures are usually a bad idea unless your game is fullbright, and even then they don’t look very convincing. Try editing your textures in a paint program and take out the shadows and hilights. Also, tweak your mesh to match her facial features or tweak the texture to fit the shape better. Whichever’s easiest. The nose is going to be a problem no matter what you do… so do what most texture artists do: reduce it to just the nostrils on a flesh background.

Here’s some examples… if you happen to have HL2, take a look at some of its textures for the people.

There’s a lot you can learn from what details were left OUT of the face:
-p4mface.jpg looks ugly now, but streched across a mesh with realtime 3D shadows added, it won’t have a lot of the flaws a real photograph would have.
-sherinomakeup.jpg uses hilights without ruining the texture for realtime shadows. Notice how soft the white parts of her face are, and how even the brightest part is not pure white. This is important because a white shine with a shaodw cast on it looks GREY in Blender or any other game engine, and grey patches of skin look unrealistic.

-BRC_work3.jpg was made by a pro with a LOT of experience. Normally you wouldn’t want to try to use this much shadow in a texture. I think he uses too much… but notice how there’s only black on the underside of the chin. Around the nose is softer.

The trick is to remove those details from the texture so that the game’s lighting engine can fill in the blanks. Good luck! 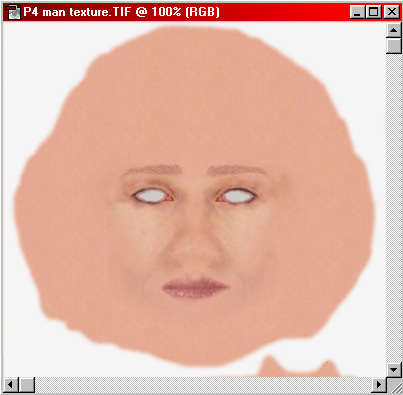 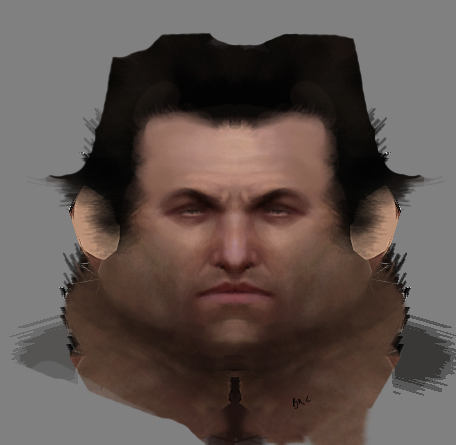 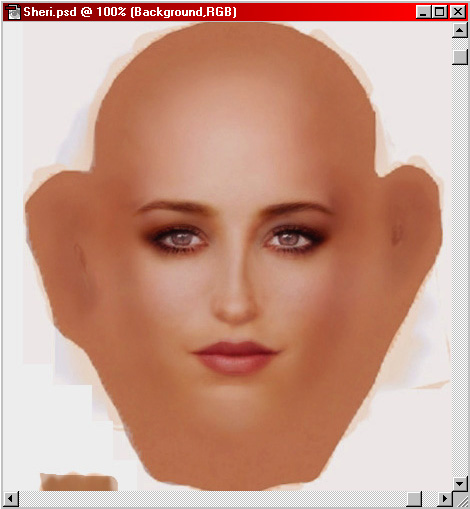