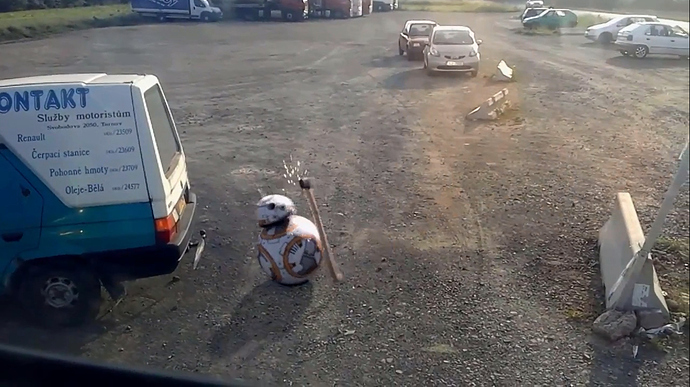 Hi, I wanted to show my old project from 2016. The animation was made after watching the movie Star Wars: Episode VII - The Force Awakens, and I fell in love with BB8. Work on the project took a long time for an 8-second video. I spent 4 days on it, mainly due to hardware limitations, such as a weak processor and a small amount of RAM. Most of the time she needed the right color composition to make the BB8 look realistic and I think I did it. But nada has many disadvantages. I did it six hours in 32 samples at 720p. I remember those hours spent in front of the computer and tired of the composition or animation. Unfortunately, it took some time since 2016 and my laptop was formatted at the end of 2017, during these processes all files of this project were lost somewhere, but earlier I was able to send my video to yt on my channel that I forgot. Despite the trials, I was unable to recover them and it was a pity. Ok, that’s all, I hope you enjoy the animation

sorry for english this is google translator!