My Rigify finger curl controls - can I get them to work again?

Instead of curling the fingers when you scale the controls it just scales the finger.

Has anyone ever found a way to get them to work again after they decided to stop curling? For now I finish my scene using the individual finger controls till my scene is done then once I’m done rendering the animation I delete the rig and create a new rig.

It would be helpful if you could include an image. If you are scaling the finger “lollipops” on the local Y axis, and have rigged the mesh correctly, this shouldn’t happen. Unless you made some alterations to the default metarig, these “lollipops” have no direct influence on the mesh, scaling them just rotates the rigs individual finger controls.

I don’t know what in the image would make it clearer, this is a common occurance to me a once every so many months kinda thing. It should rotate but when it fails the fingers shrink lengthwise. If you want a tiny lollipop and a short finger image I’ll be glad to show it, I just have to look for it in my backup drive.

Sorry, the reason I asked for an image is because I use rigify all the time and have never encountered this issue, so I just wanted to check which “finger controls” you were referring to. I didn’t know if you were using the orange “lollipop” controls, or the individual finger controls.
Do you mind sharing the file? 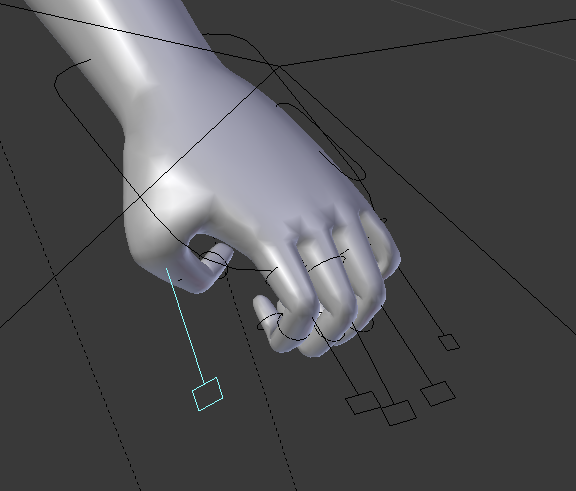 Not mine, found it on this site, but we are talking about the same thing the lollipop or the square on a stick.

It’s gonna be even harder for me to prove it to you now as the bug was modified in Rigify for Blender v3.x

I can see in my file pre 3.0 the character is making a fist, one finger is manually curled using the green rings and the lollipop is at full scale but not in the transform values.

There must have been some code change to prevent it from failing. As now the lollipop is scaling improperly which is a more desirable outcome.

Don’t feel like you have to prove it to anyone

It’s just easier to find solutions for these things when able to replicate the issue.
It seems you’ve found the solution anyway - use Blender 3. But now you’ll just have to deal with the new issue relating to the toes!

I’m at the point now where not proving bugs is extremely frustrating for me. It’s a bit gone to my head at this point. I’m just happy to be able to render 3 seconds of animation today my god what long month I had.

This may be a bit late now, but just had a sudden thought. Does the issue still occur if you regenerate the rig? Without removing the parenting or deleting any vertex groups, you are able to regenerate the Rigify Rig and it remains parented. Kind of like turning a computer off and on again.

I never tried that.