this is just a few screen shots of the game im making in blender.

it’s not very good i know as im still a noob lol
but if anyone would like to help plz do
i need sci-fi textures
and sci-fi models if anyone can help do
thank you.
ill keep you updated.
:] 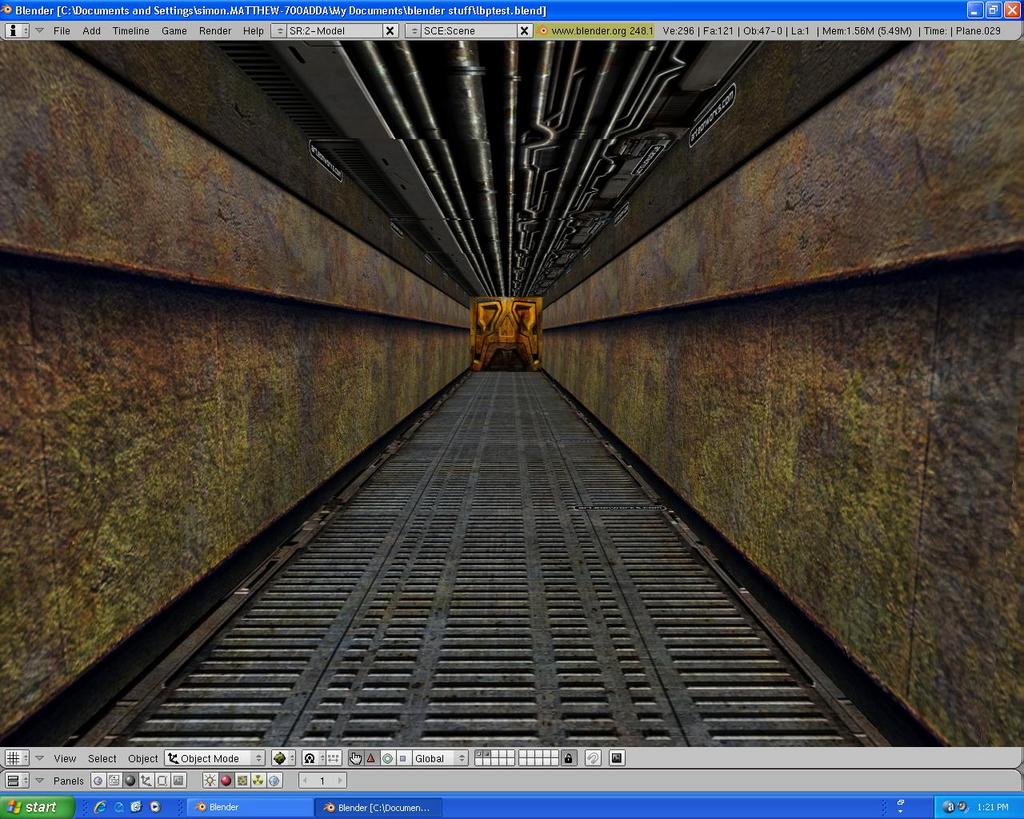 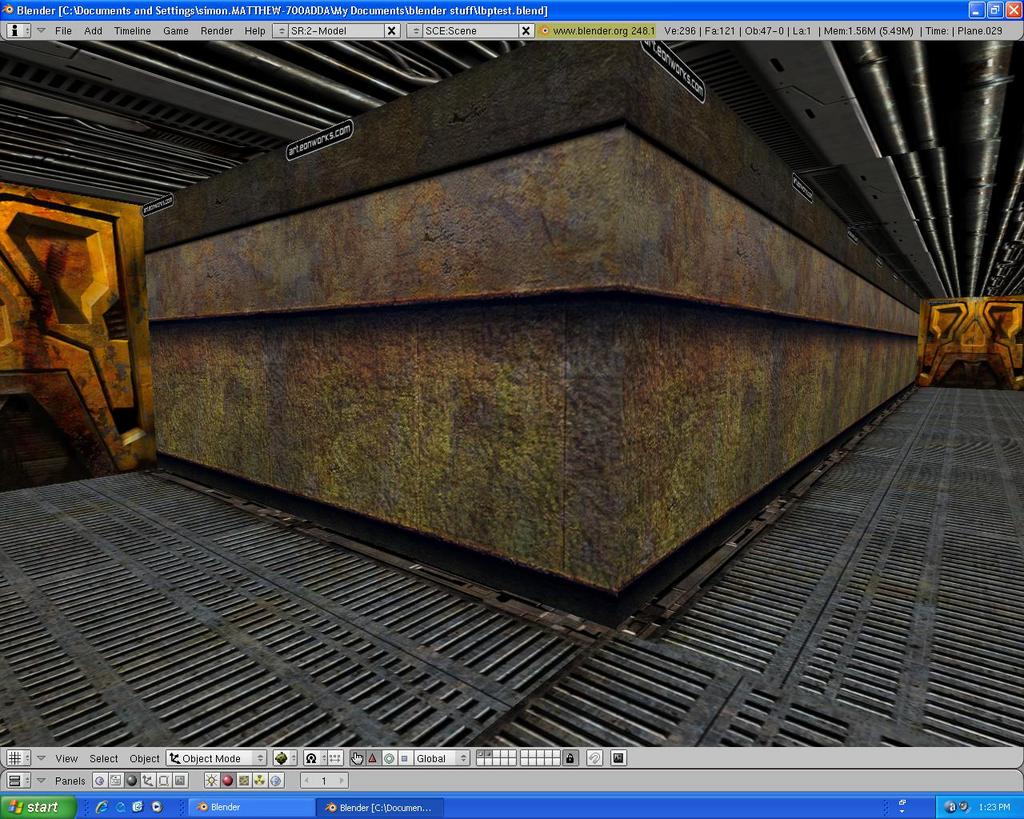 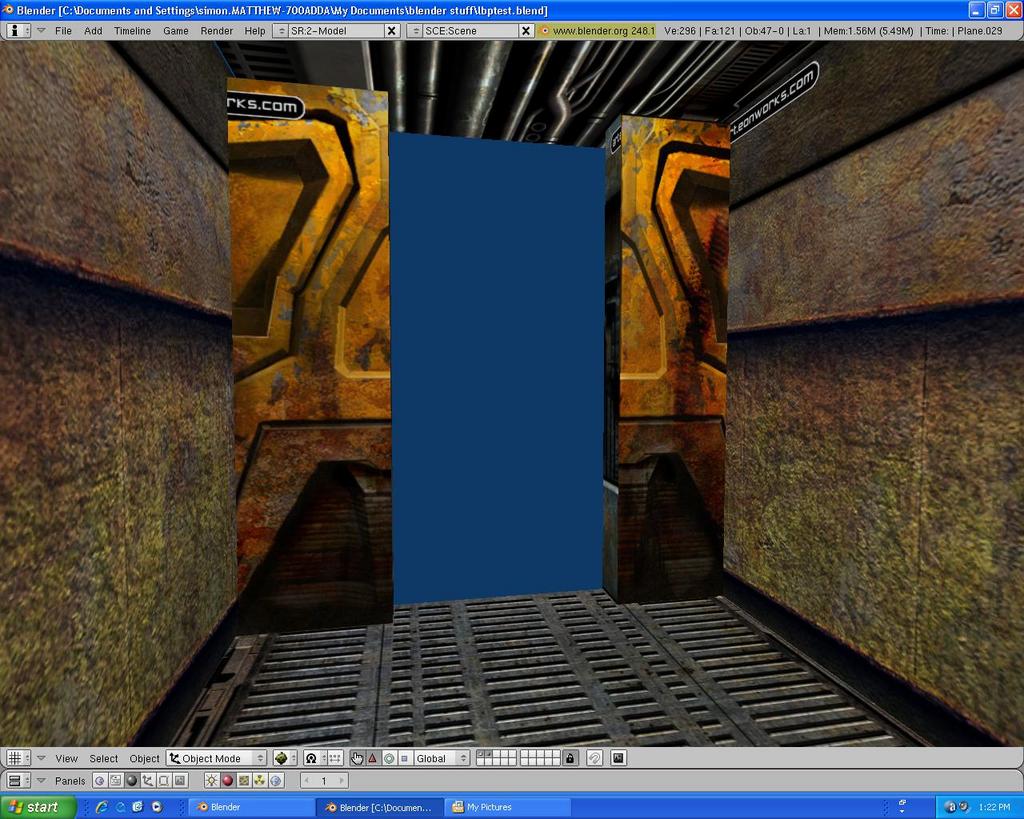 For a noob, this is a decent start :p. Theres still lots of work to do, and there is a lot of commitment needed to complete a game project, so good luck.

thanx lol
i know i only just started todays and i got a hell of alot to do lol
but thanx anyways :]

Oh, btw. If you need any help, i’d be happy to do some stuff.

really heaps mad well if u have any sci-fi like objects or characters then that would be awesome lol and also do you know how to stop and object sliding when it moves ??? coz i got mine as a mouse look and move with wasad keys but it slides and it annoying as hell u know how to stop that ?

Umm, I have a few ideas. Can I have a look at the .blend?

here is the .blend file

its not very good i know but yer all i done so far lol : ]

Ohk. Well, firstly, you didnt pack the textures, but no worries. All you have to do is simply go into the logic tab for the ‘Player’ and slide the ‘Damp’ and the "RotDamp’ right up to one. Hopefully this helps you.

okay i moved the damp all the way up to one but i cant find the rot damp in player were is it ? lol :]

thanx that’s stopped it from sliding lol
i also was wondering if for my wall texture i could use something
to make it bumpy and look more realistic
got any ideas ?

I hope that explains it otherwise I’ll get another tutorial. In 3D computer graphics, normal mapping, or Dot3 bump mapping, is a technique used for faking the lighting of bumps and dents – an implementation of bump mapping. It is used to add details without using more polygons. A common use of this technique is to greatly enhance the appearance and details of a low polygon model by generating a normal map from a high polygon model or height map. Normal maps are commonly stored as regular RGB images where the RGB components correspond to the X, Y, and Z coo...

It looks great! I have tons of Sci-fi textures I can give you.

Normal mapping and GLSL would rock for this, trust me. If you want I could set it up for you, or teach you how. It would make it with lights and you could make it dark if you wanted.

Nice start, but those textures arent free. I used them once, but found out that they were NOT free to use. Try to find some other ones. (look up filter forge, its got a bunch or really good sci fi textures ;))

You can try use a Lightmap for add more realism in scenes. find Radiosity and Bake Texture
Techniques. But realy is good start. ^^
if you have any questions we are try help you =)
Bye

dang i hate ppl calling themselves noobs but still beter than me!