Hello and welcome to my sketch book 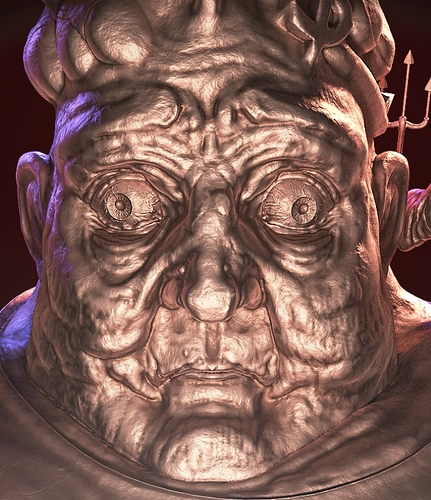 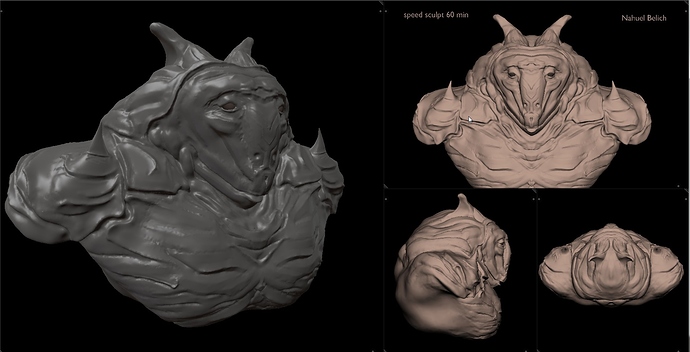 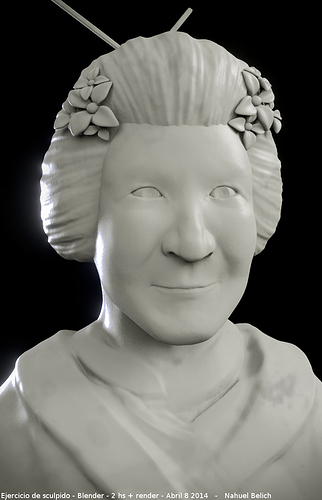 That bulldog is really well done, you captured that kind of fleshy feeling. The most recent head does look quite flat though, and the eyes are too small and too far apart. So you could try to emphasize some facial features a bit more, such as the nose ridge or the protrusion of the forehead above the eyes. Keep on, please

Thanks for the advice, ill try to keep practicing ^-^ 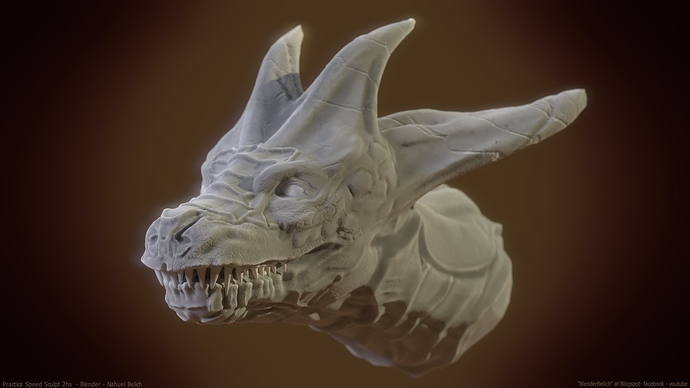 I don’t know if you know the expression “with the heart on the mouth” . . maybe its only known in spanish, “con el corazon en la boca”.
Usually associated with fear or an negative surprise, also a graphic way show how to swallow hard feelings. . . 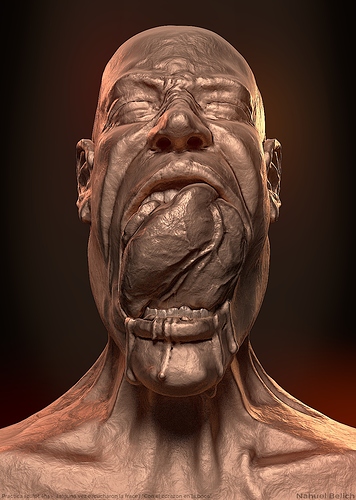 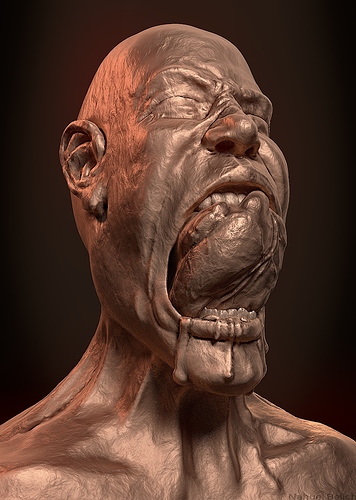 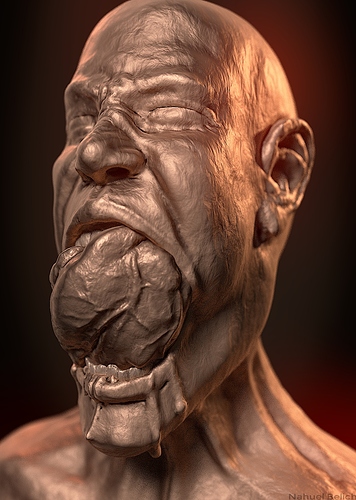 this is the time lapse for the dragon head sculpt, find some nice music and enjoy. . . if you enjoy timelapses if not this may be a bit boring

not sure how to enable the full screen option in player . . .

The Dragon video is intense, what with all of the tool switching and precision bumpmap work and the like.

Interesting that you decided to sculpt the interior of the mouth while it’s closed, as you really had to get in there to make sure all goes according to how you wanted it. It would be nice to see if there was a good way to get a facial rig on him and later give him some proper creature shading.

The heart in the mouth is amazing!

@Ace Dragon:
Didn’t understand well the first sentence. . .
The deal with the mouth wasn’t planned, the idea was to sculpt it with the mouth close, but then i though,“HEY, a tongue will be nice” (witch we cant see in the render ¬ ,¬) but it was a quick sculpt exercise, so yes there are better ways to sculpt that.
For more detail render i have to do a new mesh to retopo that sculpt, actually i also try to paint color, but the automatic uvs were a disaster so its not usable as an animation model, needs retopo and bake in order to test other stuff. Maybe in the future for the moment i have a few things to finish

as you can see the automatic uvs and the bleeding dosnt work well with dense meshses, the bump didnt go perfect neither, y need to use 32 float map at 4096 x 4096 Px, to much for production model. 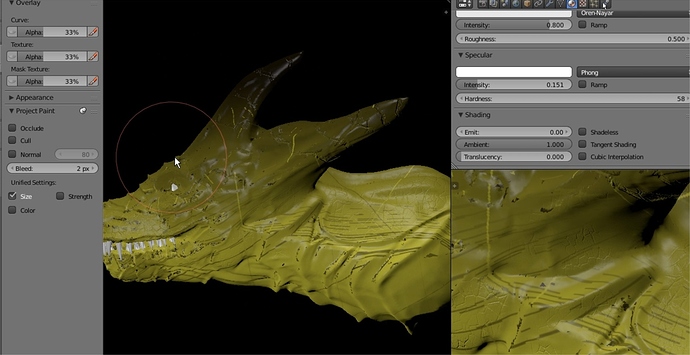 @Scotchtapeworm:
Thanks its was originally an exercise but there are more to come.

Wake up hearing yelling people, turning the tv on and watch only dead and pain, problems and pressure all around and no way out. . enough, ENOUGH! . . . . 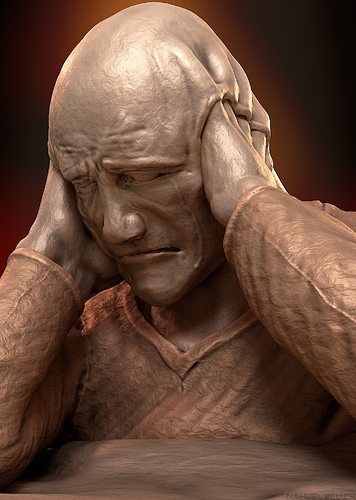 sound pollution is a big problem