I have been trying to rig my model for the past week, spending about every waking moment either looking up tutorials on how to rig or actually attempting to rig my model. About 30 minutes ago I had just finished rigging my model, but was nowhere near satisfied with the results.

The project that the model will be included in has not been announced yet, but I will give you as much detail as possible surrounding the project. My brother and I love a particular anime and manga to death, and were saddened to have finally come to the conclusion that the said anime would never get another season, but that there would be no video game based on the series. We have been hard at work on the game for the past month, however this past week has led to no accomplishments, as I haven’t been able to get past the rigging stage.

This is only the first in about 30ish models that will need rigging, and if you want you can choose to help with this model, or help with all of them. I know it is a lot, so if you do decide to help with all the models that need rigging for this project, I would not only give you credit in the game, but I would also be willing to pay you per model if you decided to rig all of the models. I also wouldn’t be apposed to a video/image tutorial for rigging while using my model. Thanks! There is an image of the model below, but unfortunately the site won’t allow me to upload the actual blend file for some reason, so I’ll send it to you if you are interested through email/dropbox/whatever method you would prefer to receive it. 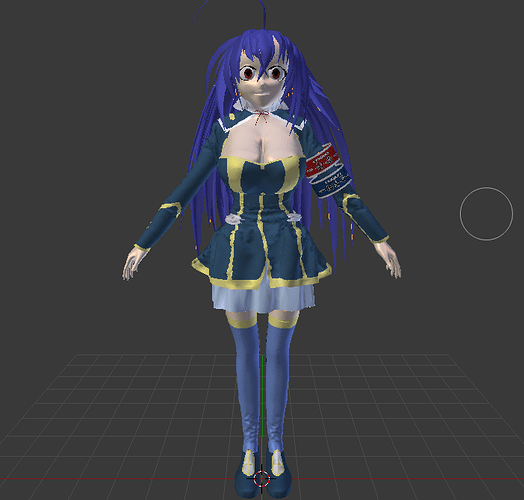