I’m trying to learn how to make the tread on a tire. I made a single ‘tile’ for the tread, and now I need to make columns and rows of this ‘tile’ in a cylinder shape to make a tire. I know I can make multiples of this ‘tile’ using the array modifier, but how do I go about wrapping a array modifier of these ‘tiles’ around a common origin point? Would it be easier to wrap the array of these ‘tiles’ around an empty, the duplicate that column a few times to make a full tread for a tire? I assume this is just a minor detail I have to learn to fix. :o 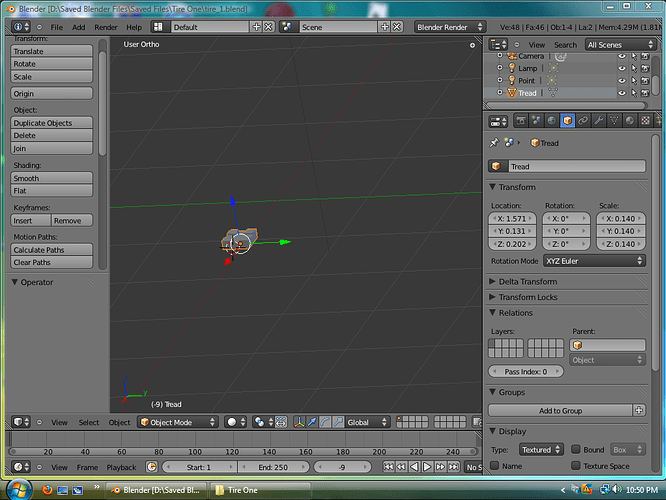 You should look up Andrew Prices tutorial (blenderguru) on making tires/rims. It’s a but out dated as he was using 2.49, but you should still be able to make it work, I did. Here’s a quick summary, you want to model one section of tire, from the sidewall where it meets the rim, across the main width where the tread pattern is then back down the other sidewall, you can also use a mirror modifier here if both sides have the same tread pattern. You then add an array modifier, don’t try and make it round here, just make it look like you cut through a tire and rolled it out flat (My array was 48 segments. After that you add a bezier curve circle about the size of the tire (seperate from the tire.) Go back to the “tire” object and add a curve modifier and select the bezier curve as the target object. You may have to play with the deformation axis buttons to make it work correctly. After it maps in the direction you want, add or subtract segments in the array to get it close, then scale the modeled part to get the array to meet up and make a circle. After that i usually copy the tire (so you can make changes later if needed) then apply the modifiers and stitch up the mesh. Finally click the smooth shading, and add a edge split modifier so the sidewalls look smooth but the tread pattern doesn’t look messed up.

Thank you guys. I have some tinkering to do now!!! As for Andrew Price, I heard his name mentioned on a YouTube Blender tutorial on how to make a tire. I keep forgetting to check out an video tutorials that Andrew has done, some I’ve got some checking to do on that.

I use this one. both tire and rim.

I know it’s been some time since I started this thread, and I’ve been putting off working on tires for a little while. I’ve been giving some thought on how to make a tire, and I came up with the idea of scaling a torus mesh to gain thickness, then add cut loops to come up with the grooves in the tires to make treads. It may not be the best way to do it, but it’s a start. :o 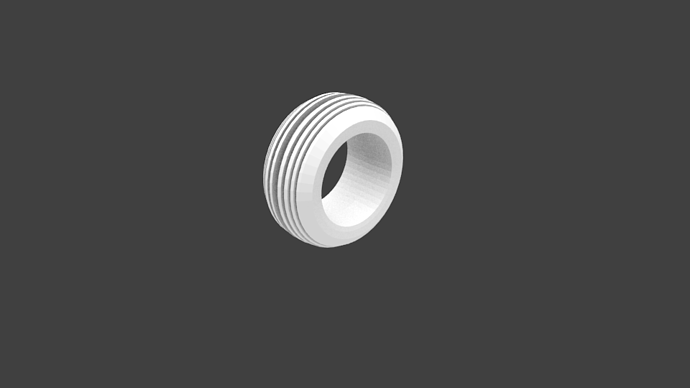 Why did you not use our tutorial links? Those guys teach you how to make real good looking tires, and it doesnt take long and no it is not hard.

I still plan to use the links. Just want to learn different techniques.

I do plan to learn Andrew Price’s techniques, but because I suffer from anxiety troubles, I’m not on my computer every day. I days I do feel better, I do get on my computer. I just need the time to learn it.

I finally got around to making my tire. I decided to make the tread from a subdivided plane mesh, then I used the spin tool on the tread to make the tire. I just learned the technique, which I wish I had done earlier. I know Andrew Price did such a tutorial (as you guys said), but I decided to do my own method. After all, there’s more than one way to model in Blender… 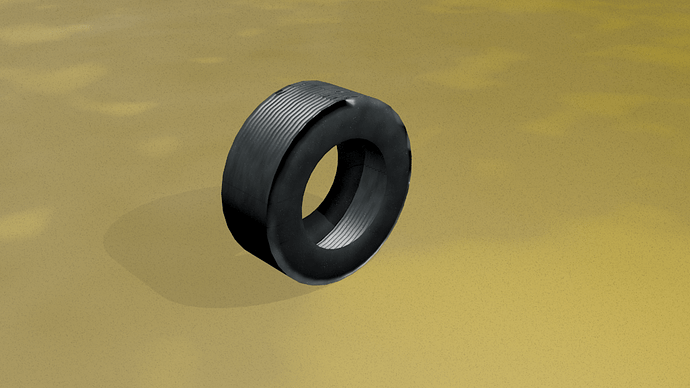 no dude lol.
It’s easy to make a tire.

First make the tread of a tire with a basic plane.

After that add a bezier circle to the scene

after that select you thread a add 2 modifiers,the first one is curve and the second one is array modifier.In curve set the bezier circle as the object.click on your tire thread and go into edit mode,select all the vertices and rotate it until it fits nicely around the bezier circle.

after that choose the aray mod and set the count and turn on relative off.under that you will see a number saying 1.000,change that to determine the distance between each count object so they just just touch eachother.after that increase the count until it makes a full circle and then just before making a full circle select the bezier cicle and downscale it until the count start and end are connected

and that how you make a basic tire.

I guess I could have used the Bezier curve, but I didn’t think about. But you’re right - it is easy. I have a tutorial on my new e-reader that shows me how to do it (it’s one of Dark Scarab’s tutorials). I should have followed that tutorial, but at the time I didn’t feel like getting my e-reader out. I probably follow that tutorial next, considering it describes the same process you do (by the way, the tutorial was on making a current Chevy Camaro - that has the tutorial on both the tire and the wheel, aka hubcap).

Just as an afterthought to my last reply, I’m wanting to learn different ways of making a tire. That way I’ll have several methods to make the tire at my disposal.

And I did start out making the tread with a plane. I’ll probably use the array modifier AND Bezier curve on my next attempt.