When I work with meshes, I often come across the need to expand/contract a cross section. Tutorials often tell us to Extrude, Escape, (maintain selection), then Scale. The goal is to “extrude-scale” like how Photoshop expands/contracts selections - with uniform “border width”.

How do you do this in Blender? The solidify modifier sort of does the desired effect, but it works with faces instead of just lines. 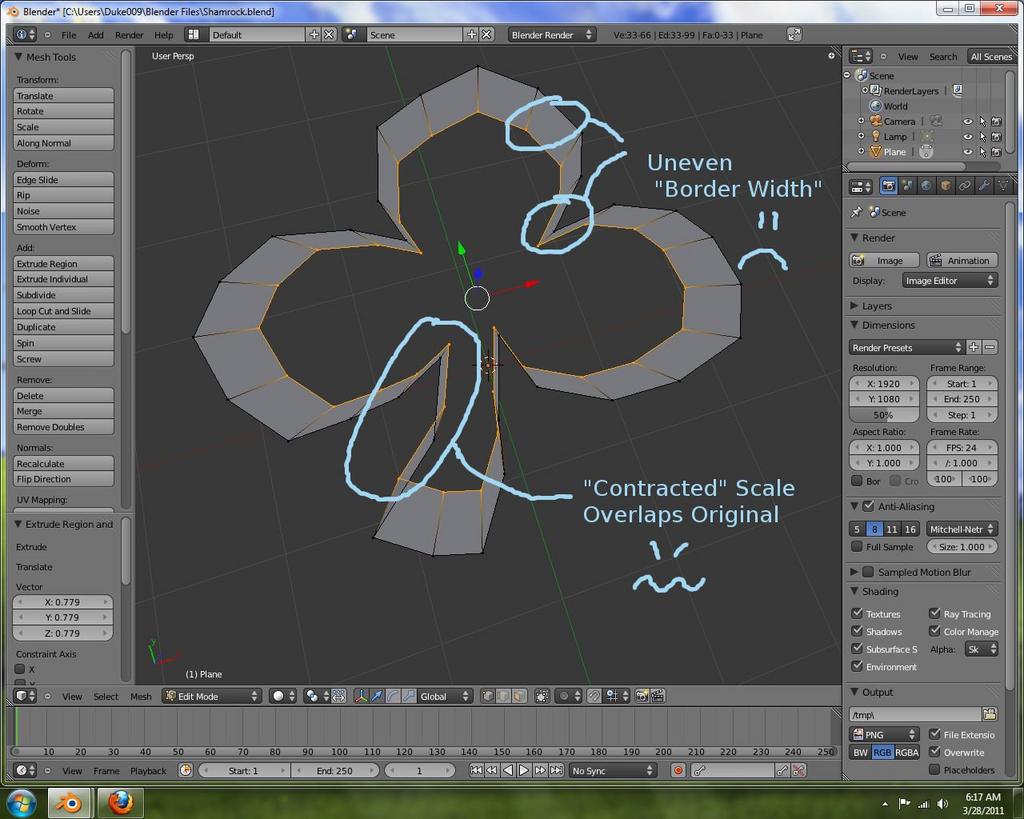 Blender is pretty rubbish in this regard and doesn’t have any kind on inset tool, so you’ll have to fudge it. Extrude your edges to make faces, and then use Alt+S as above
Make sure you also recalculate the face normals to get a proper inner extrude.

Yep, I always found the lack of a proper inset feature a big issue in Blender worklow.

Make the figure with bezier curves, under geometry set extrusion to desired amount. Apply a solidify modifier and set thickness.

I was just going to suggest using curves for this type of thing as well.

I guess we have to extrude out a thin wall first, apply solidify modifier, then recalculate normals. This works for creating actual walls, but not if I want to inset polygons that are already part of a solid.

I hope that the Blender Development Team implements a proper inset tool in the near future.

Convert the curved object to mesh(Alt-C) and apply the proper boolean modifier.