Hi all,
Thought I would ask here to see if anyone has run into similar problem and found a solution - what works and what doesn’t work.

GOAL: Have a number of characters that can be posed and placed in the Blender environment for IMAGE rendering.

WHAT I HAVE DONE SO FAR: Created MANY different characters in MakeHuman, created original clothing for them, imported to Blender. They were rigged, had facial expressions and I originally was working with them with Blender Render and started the process to convert them to Cycles.

THE PROBLEM: Somewhere between all the upgrades between Blender and MakeHuman, the rigs and facial expressions don’t work anymore. This makes almost all the work I put into the characters useless. I have found an option somewhere that will allow me to bring the expression back - it’s a somewhat manual process but can be done, but still I see issues where I try to move the rig and I get weird, unusable results…like maybe I move an arm and the entire rig goes bizerk - not good.

THE POSSIBLE SOLUTIONS: I can fight all the way with the characters I have - reapplying expressions, recreating clothes so they move properly with the mesh, trying to fix the MHX rigging…or…is there another way? Is there a worthwhile and fairly easy character package out there that will allow me to import into Blender and pose and get facial expressions?
I have looked a little at DAZ 3D as their character lineup looked impressive, but it didn’t seem very friendly when creating your own clothes - and I cannot use existing clothing for these characters. Also, I am not sure about the expressions - and if you can bring the character into Blender, I am doubtful it would include rigging, facial or otherwise.
As a worst case, I guess I could do complete posing outside of Blender and composite it in, but I hate the idea of not being able to apply lighting effects, compositing, etc. on the scene and then having to TRY to get the correct effect on the character as well in an environment outside Blender - and there is still the issue of custom clothes.

So, with all that said, I guess what I am asking is what is the best software solution you have found to create custom characters with custom clothes, poseable, with expressions. Ideally, the expression would come as presets and the character already rigged. And of course, it would be best if all could be imported into Blender.
Please don’t say make your own characters and do all the rigging/facial expressions yourself. I have too many characters that I have to do to have to do that over and over again. Making all the clothes is hard enough. I’m looking for a software solution - the best one that others have been happy with.

Please don’t say make your own characters and do all the rigging/facial expressions yourself. I have too many characters that I have to do to have to do that over and over again.

Actually it’s not necessarily a matter of doing it over & over again. It is possible to use a single rig (built once, or found pre-built) and a pair of male & female generic character meshes that can be edited to create all new characters. If you also incorporate a highly capable facial rig, you need not do expressions as shape keys for each character – an expression library can be built for the face rig that when applied to different characters will usually need only tweaking to get good results.

Of course this means knowing your set of characters very well, and designing the generic figures for maximum adaptability to each character’s needs.

I’m currently putting together my Universal Figures project along these lines, and so far it’s been as versatile as I need. The run-up does take time, but once prepped, the generic components can save huge amounts of time by having most of the tech problems solved, allowing for a lot more individual character development time.

Doing this all within Blender rather than importing from an external package pretty much insures things won’t break as new versions become available, and you can always stick with the last most successful version until the work is done.

Some initial variations on a theme (“Ohh, ohh, Pretty Woman!”) from my Universal Figures/Muscle System development: 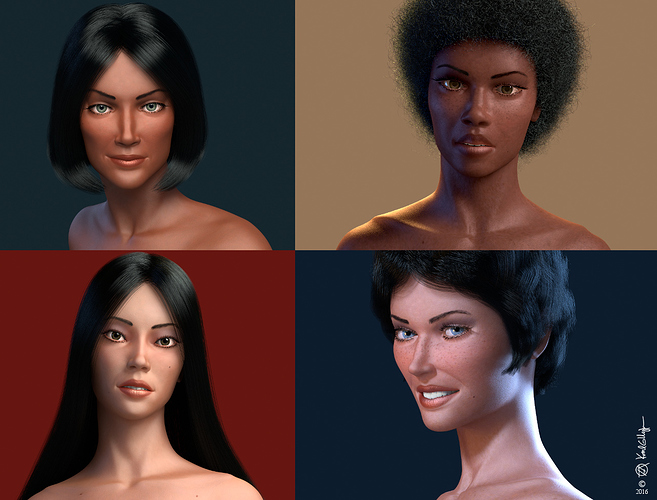 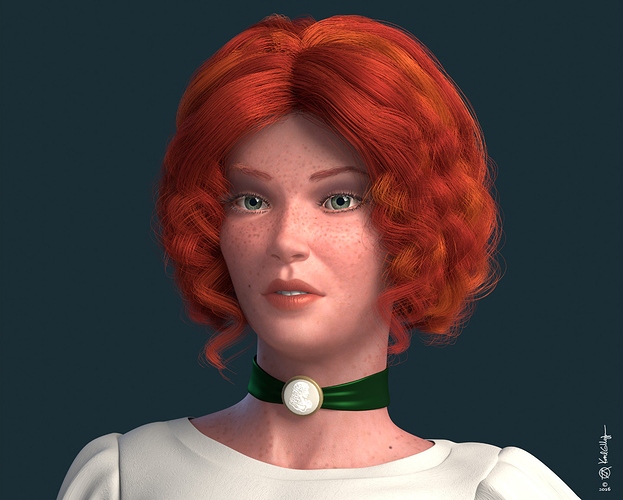 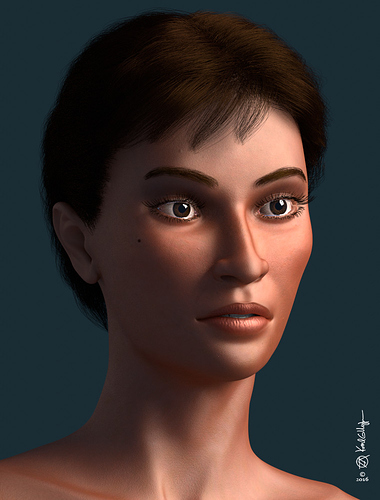 Thanks for the reply. Yes, I see where there are some tutorials on creating an expression library…maybe that is the way I need to go. I am so frustrated because I put so much work into this, so I am looking for the easiest way to get my end result. It looks like you are doing some amazing work there!

Thanks Dan. I know very well the frustration of putting a ton of work into a project and reaching a roadblock that seems insurmountable. My first Blender movie of any length took nearly 3 years to complete, and I had to switch gears repeatedly as the software matured. But the ends usually justify the meanness of the means ;), so hang in there.

You might consider this: the original Sintel rig (which I have adapted for my own projects and modified extensively) is still available and still capable, and my Othello face rig is out there for all to use. Neither are simple, easy solutions, but they are pre-built and I can testify as to their potential. There are other body & face rigs as well. You can probably pull a decently modeled mesh in from the external apps you have mentioned as the basis for a generic pair. Already, a foundation, with not nearly as much effort as baking it all from scratch!