I am trying to give this render a feeling of stretching off into the distance (like image 1). I have tried to adjust the camera lens but this just gives the bridge an unrealistic appearance. I know that I am doing something wrong but I cant figure out what. Also the first image has a very mild haze which lends the image credibility.

How do I use a very mild haze that will also effect the Backbuff, as well as give my render a farther vantage point? 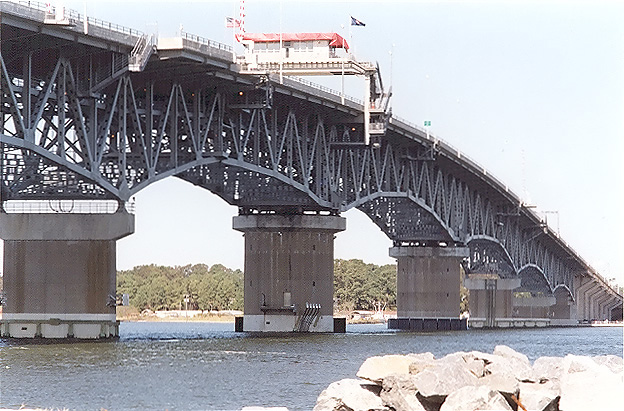 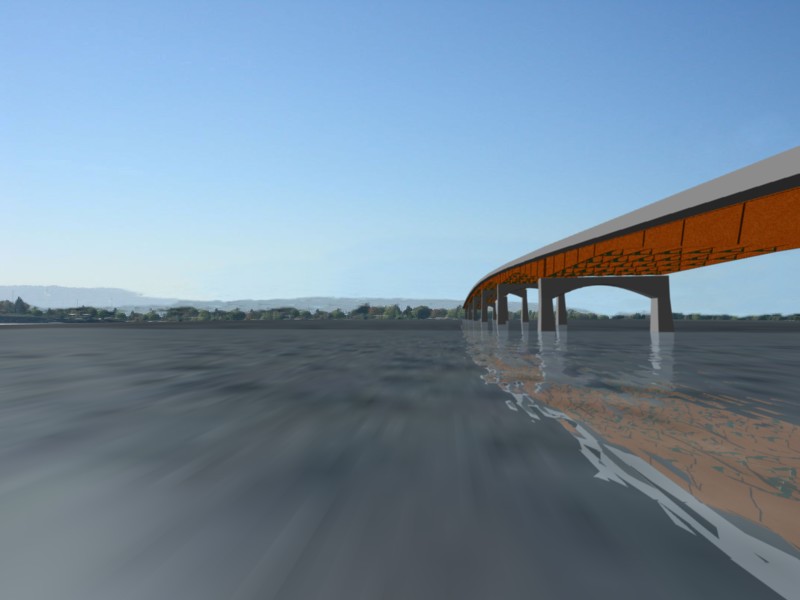 Perspective effects are tied to the field of view (FOV) of the camera, whether it be a real or a virtual camera. One of the key considerations in creating a scene that matches the FOV of a real camera is getting the scale of the model correct. If your model is very small, then you need a very low lens setting (wide FOV) to imitate the effects of a wide angle lens. If you scale the model up some, you can use a somewhat higher lens setting (narrower FOV) and get similar effects without the distortion of the extremely low Lens settings.

I haven’t used it yet but v2.48, just released, has some atmospheric haze features that might be useful for you. Not sure if they work with the backbuffer, though If you want to fake it, try using the Mist function and tweaking the backbuffer image by lowering its contrast and saturation by small amounts (this could perhaps be done in the Compositor by using the BG image on billboard plane, btw, in which case the Mist would affect the billboard rendering).

Well the bridge on the photo has higher pylons in the middle for ship passages and goes lower to the coast so it makes bow or flattened arc. Yours looks as to be uniformly at hight so not so significantly effects of perspective goes into account. If that bridge (photo) where uniformly in hight i assume the far point of the bridge would be slightly above half of the steel construction above the near point pylon if using a horizontal ruler on the photo.