I didn’t know exactly how to make the character’s hair so I did a bit of research and I saw people making hair with nurbs, so I did that.
Everything was quite fine until I started UV mapping the character. I figured I could convert the nurbs into a mesh. It (kind of) did what I expected, but every single nurb became a mesh on its own. Now when I try to UV map the hair its a total mess. There are a lot of useless faces that can’t be seen and take up a lot of space in the UV map and I can’t really mark seams in that mess, so its all up to the Smart UV Project thing.

I could just leave it like that considering that I plan to hand paint the character so stretching and discontinuity wouldn’t be a problem, but the islands won’t fit when I try to map all the parts of the character together.

I believe if there’s a way to maybe convert the surface of the hair into a flat mesh, so it looks the same but it only has one side. Then I could easily map the thing…
or just an easier way to do hair(? 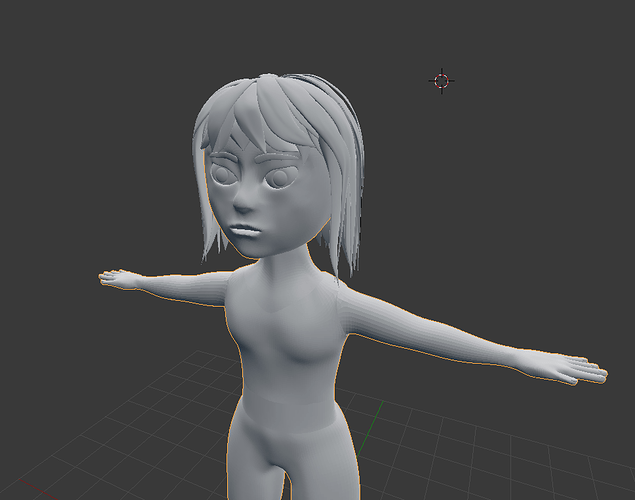 Contrary to popular belief, you can double/triple up the meshes in the UV Map.