So what i want to do is this: an cube that moves using the the WASD keys (done), a triangle that moves the same time with the cube(like a turet on a tank) and a sphere that moves on 2 axes(like X and Y doesnt matter very much) but using the mouse(like a cursor) and the triangle must point to the sphere(i have a script but any other script would be helpfull). So i want a want to make the triangle move the same time with the cube, but if you can give me some kind of script for all i want to do would be wonderfull.
Thanks in advance! A basic sketch would be something like this. 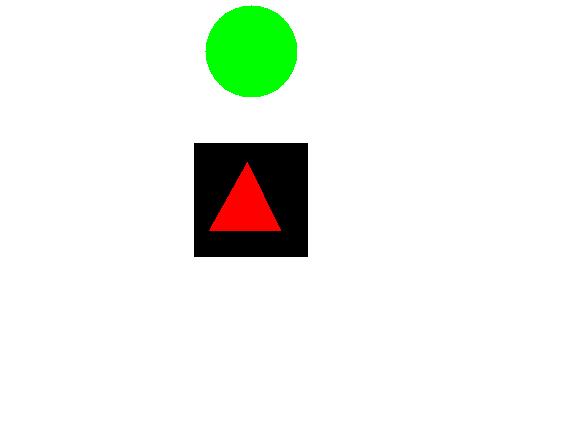 yes , the only thing a bit difficult is get the point 3d of the mouse.
but if under the tank is a plane, is easy

can using a plane under the tank (name this plane as “plane” (not plane.001) with a brick sensor -mouse over-
python->

now, from the turret of tank(always sensor TRUE PULSE) :

The attached file implements my interpretation of your requirements:

The file should be downloadable now…