thouse are my first more or less good ones, (there are still a lot of crapy heads among thouse though´:o)
I need Advise on two things,
first, drawing hair. And second eyes and noses on the sideview.
C&C´s from someone with more sketching experience are wellcome aswell. 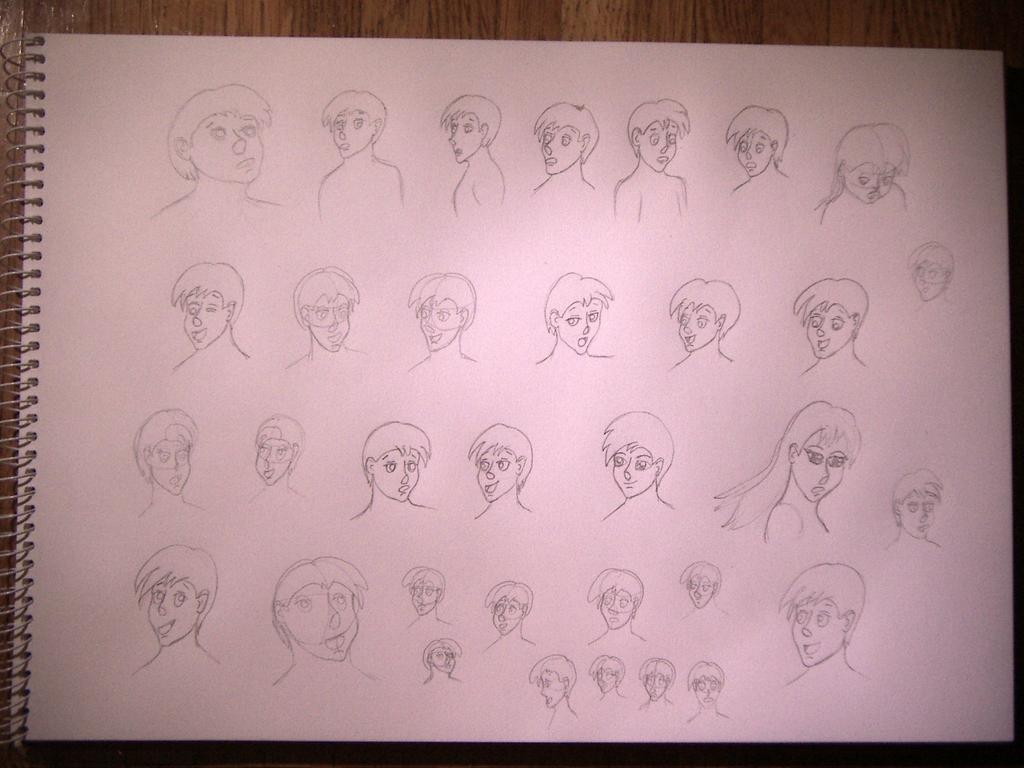 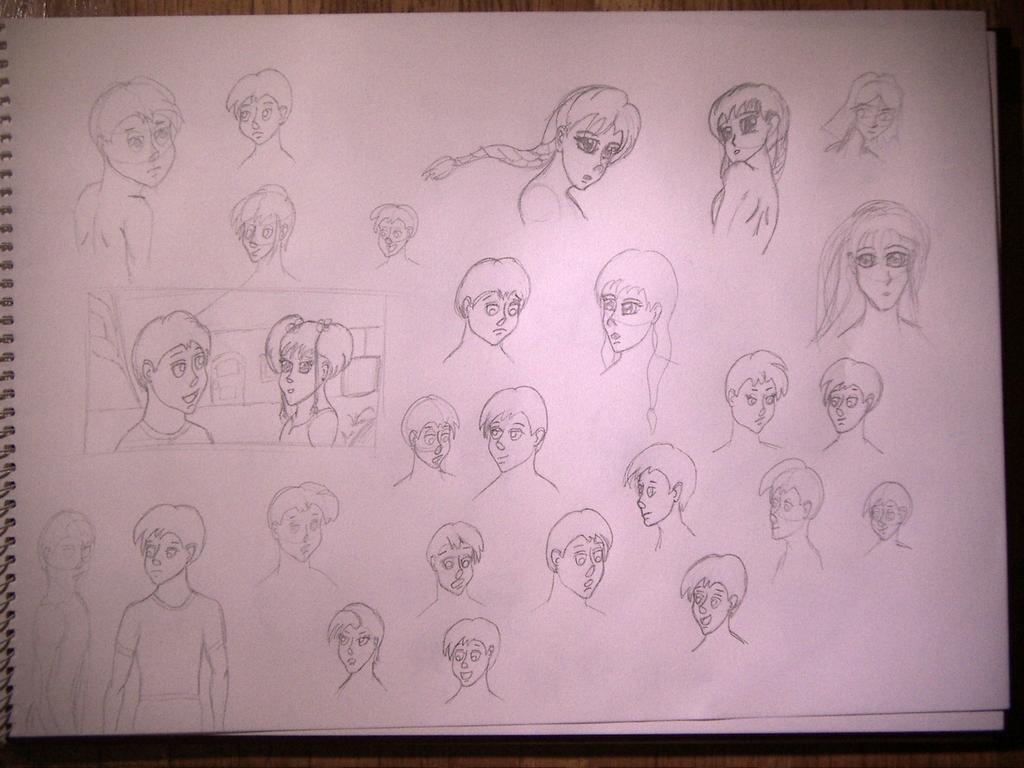 Actually, a number of them are quite good. I’m bad at drawing people myself. Practice & critques help though

The eyes look VERY large & round, although that is a common style, so you may want that comic/anime look. From the side though, you don’t have use much “triangle” shaping - it looks too round. Should be more of a ( > shape.
The nose though… looks like a pig’s nose with the round circle at the end

If you still want a simplified nose without nostrils, fine, just don’t bother doing the circle, I think. The second paper with the girl (especially the one in the top-right cornder, as she is looking over her shoulder) the < nose looks fine but the face on below doesn’t. Try doing the small shadow underneath instead, and/or small nostrils, either shaded or for a lighter effect, a partial circle. Probably only the top arc & one side and not necessary both sides either.
Best thing to do is:

I’ll do one for the side views later, but right now this is something i just whipped up:

Also notice the eyebrows form one smooth line through the head. This is good for flow, tho this exact eyebrow pose (One up and one down exactly like this) is used a lot… probably far too often. If you get a chance any time, check out any number of the modern US animation studios posters or marketing images used to market films like Shreck, Incredibles etc… this exact eyebrow pose will be seen in most of them. it’s supposed to be a pose that shows how much ‘attitude’ the character has, but it ends up looking to me more like the character is either really confused or has a bad case of gas. but the single-line-eyebrow-pose method is generally a good way to get a quick facial expression. Again, it’s just a guideline, not supposed to be a precise line.

I can probably whip up some more tomorrow night… i work tomorrow, so i don’t normally do any working on my other crap on the days i work… gives me a few hours to just goof off and relax a wee bit. I’ll hit on noses and side-views and do some better hair. Mostly i just wanted to point out that you could probably stand to loosen up your linework a bit. If it’s sketching there’s no reason for it to be clean at all. Get messy.

Ok, did another one more specific to what you requested, hair and eyes. Didn’t really do any nose stuff, I might hit that later on

The next row down i tried to illustrate the idea of having a spot on the head where the hair flows from. These are really simple examples, tho… just a few variations of “Parted at the side”. There are as many hairstyles out there as people. One way to learn how to draw a lot of different hairstyles is to do image searches for studio photos and mugshots. You’ll find lots of examples of both really nice hairstyles and really grungy messed-up hair, and since people tend to look straight at the camera for those, it’s good practice for faces as well. One thing to keep in mind is that hair tends to clump together, so you can look for large shapes in the hair as well as paying attention to the direction it’s flowing. I’m not the greatest at hair, but I’m slowly learning

The bottom stuff is an attempt to do some profile stuff. Honestly, straight-on profiles are not only difficult but also very very rare. for most illustration stuff, unless it’s vital to have a side-view of a face, it tends to look better to use a 3/4 angle. Doing image searches for mugshots can get you lots of profile images as well, which is good practice

I tried to show basically how to make a side-view eye. One really really effective way to indicate the eye is being seen from the side is to put the pupil all the way to one side of the eye and to make it thinner - more like an elipse. This also works well for looking up and down: just put the pupil at the very top or bottom of the eye and flatten it out. I pretty much just do this for front views as well, it just makes it feel a lot more like the character is looking in that direction.

Hope this one is more helpful than the last one. Keep on drawing

actually i don´t draw as clean as it looked. Did a lot of erasing on the first ones.
And i spend 2 month of daily training to maintain that the head look´s the same.
Thats what my goal was in the first place. So i´m rather glad that you mention it, it´s
proove that i´m not to far off this goal.

Still have a lot of trouble to get the hair right. Definetly need a lot of practice on that.
I think i know why my eyes suck in sideviews. I drew them like they are flat. Gona practice
this aswell.

thank´s for all the hint´s. Will post again when i manage to archive some nice hairdoo :eyebrowlift:. 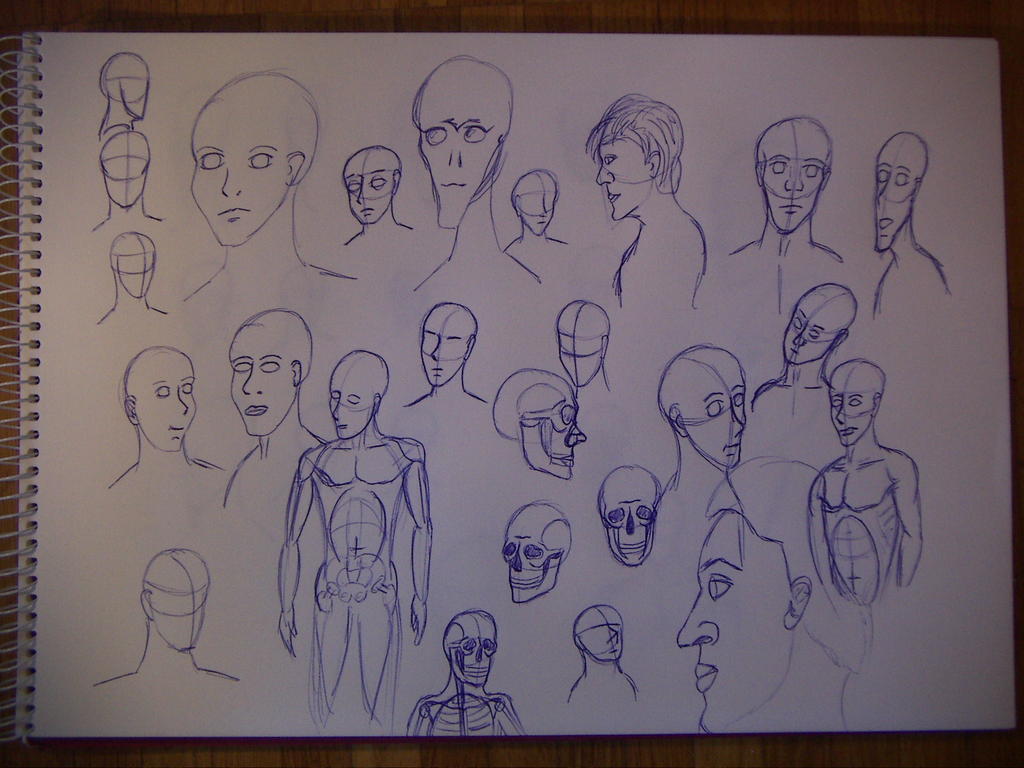 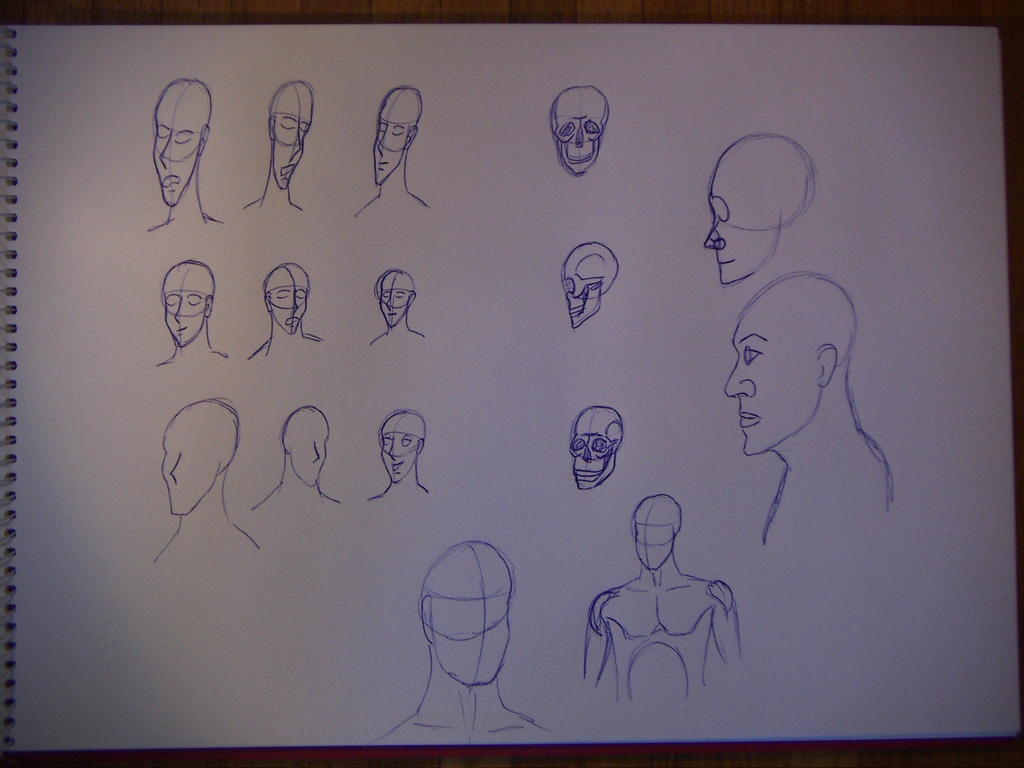 I don’t draw that good but here is someone that does and provides free drawing tutorials: